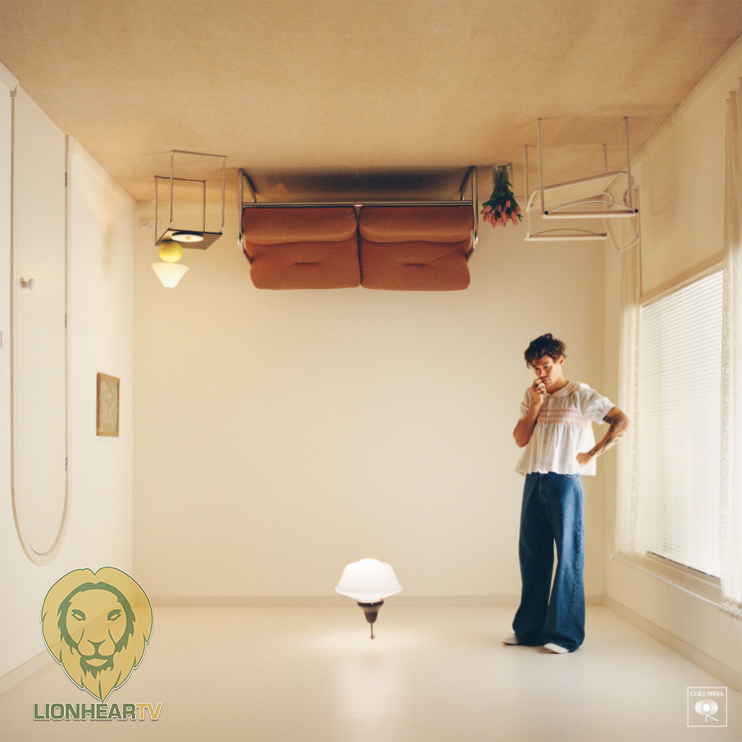 “Harry’s House reinforces Styles’ signature sensitivity in an authentic way and shows he’s more than earned his place as one of music’s most innovative artists. More importantly, he reminds us that he’s a pop star playing by his own rules—and he’s here for the long haul”– Spin

“Harry’s House” finds him at his best — free, observant and content” – Associated Press

“His most vibrant & complex to date… there are 13 rooms in Harry’s House, and each one is decorated with a different arrangement of delicious harmonies and complex instrumentation” – American Songwriter

Harry Styles’ critically acclaimed new album Harry’s House has topped charts around the world and accomplished an array of chart records. The new album has debuted at #1 in the U.S. on the Billboard 200 chart with over 521.5k units in consumption, the largest week of 2022 for any album and only the fourth album in the last 18 months to earn at least 500k units in a single week, This huge debut is Harry’s third consecutive #1 solo album debut, extending his record as the first U.K. male artist to debut at #1 on the Billboard 200 with their first three albums and the biggest sales week for a solo U.K. male artist’s album since Nielsen Music began electronically tracking sales data in 1991.

The amazing U.S. debut comes hot on the heels of Harry’s massive international success where the album has entered charts at #1 in over 17 countries, earning the biggest selling album of the year in the U.K. and landing #1 in Canada, Germany, France, Australia, Netherlands, Italy, Ireland, Sweden, New Zealand, Austria, Switzerland, Belgium, Norway, Finland, Spain, and Denmark.

Harry has also accomplished rare chart doubles in multiple countries as both Harry’s House and “As It Was” have simultaneously topped the album and singles charts in the U.S., U.K., Canada, Germany, Australia, Netherlands, Italy, Ireland, New Zealand, Switzerland, and Belgium.

In the U.S. “As It Was” returns to #1 on the Billboard Hot 100 for a fourth week and Harry debuts three additional songs in the Top 10 (“Late Night Talking,” “Music For A Sushi Restaurant,” and “Matilda”), with the full album charting in the top 30. Styles joins The Beatles, who achieved the feat for five weeks in 1964, as the only British acts ever with four concurrent Hot 100 Top 10’s.

Further, Harry is only the third-ever artist to occupy the entire Top 3 of the U.K. singles chart as the lead single “As It Was” remains at #1, notching up an eighth week to make it the longest-running chart-topper of the year. The rest of the U.K. Top 3 is rounded out with “Late Night Talking” and “Music for a Sushi Restaurant.” In Australia, Harry dominates the ARIA singles charts with all 13 tracks from the new album in the Top 15, a new record. He also becomes the first artist in ARIA chart history to simultaneously hold the Top 4 songs and breaks the record for the most Top 10 hits with 8 currently in the Top 10. “As It Was” remains the biggest song in the world logging an eighth week at #1 on the Billboard Global 200 chart, extending its reign as 2022’s longest running single and earns the most weeks at #1 for a British artist in chart history.

Harry’s House also breaks a modern-era record for single-week vinyl album sales in its first 3 days of release, selling 182k copies in the U.S. for the week, the biggest sales week for an album on vinyl since Luminate began tracking music sales in 1991, beating the previous high of 114k set last year by Taylor Swift’s RED. In the U.K., the vinyl sold 36k, becoming the best-selling vinyl of the century, beating ABBA’s previous record of 29k. The album also outsold the rest of the Top 40 U.K. combined vinyl album chart this week, earning the fastest selling album of 2022 so far, earning gold certification in a week. In Australia, he claims the biggest sales in one week since the start of the Vinyl Albums chart in 2019, overtaking Tame Impala’s The Slow Rush.

Harry celebrated the album release with a special ‘ONE NIGHT ONLY IN NEW YORK’ live show at UBS arena in New York performing the new album for the first time ever. Relive the concert with the ‘Apple Music Live: Harry Styles’ stream on Apple Music HERE. He will kick off Love on Tour in support of Harry’s House in stadiums and arenas across the world this summer, starting June 11 in Glasgow. See full list of dates at https://www.hstyles.co.uk/.