In a tweet on Thursday, June 3, Eat Bulaga host Joey de Leon shared the two meanings of “talunan” for those who won and lost in the May 2022 elections. 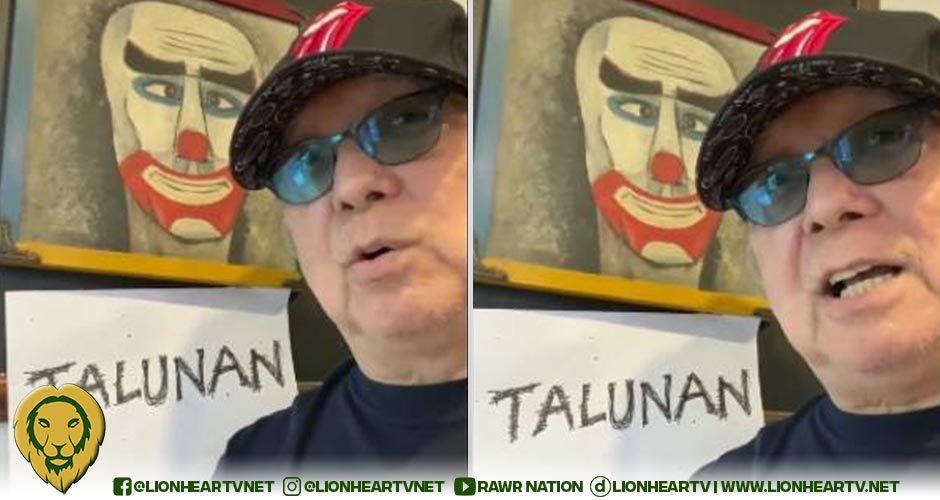 He shared a video of him differentiating the two different meanings of the written word “TALUNAN”.

“Same word, different meanings,” he said in the caption.

“Sa natalo, talunan,” he said referring to the candidates who were defeated in the election.

“Sa mga nanalo, talunan,” he said, referring to winners in the elections, which means jumping for joy.

De Leon is a Filipino comedian, actor, television presenter, and songwriter. He is a member of the comedy trio Tito, Vic, and Joey, which has made several comedy movies and TV shows.