Kapuso weekend shows that bring laughter and good vibes continue to top the rating chart based on the AGB Nielsen’s June 18-19 survey. 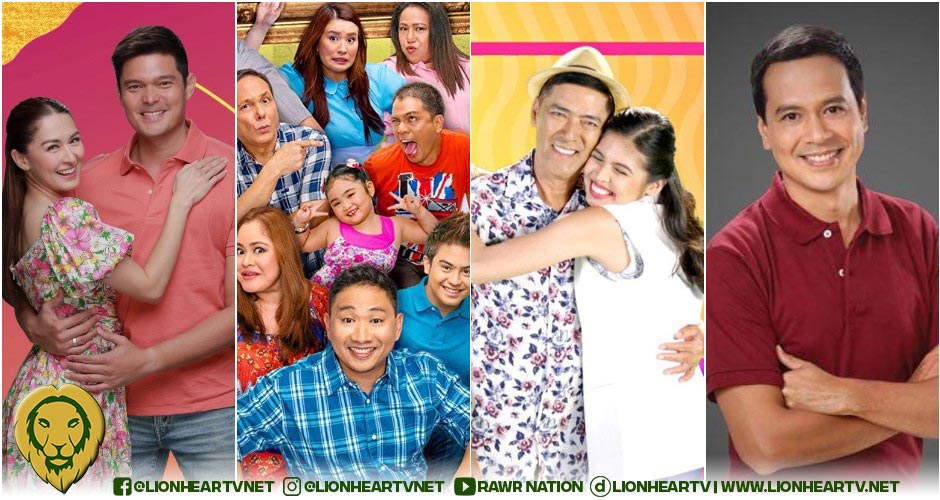 These programs continue to earn high ratings and rank high on the leaderboards during weekends.

Marian Rivera and Dingdong Dantes-starrer Jose and Maria’s Bonggang Villa is the #2 most-watched Saturday program with an 11.2% rating on June 18. It was only 2.0% behind the top Saturday program, Magpakailanman, which earned 13.2%.

Another Kapuso sitcom, Pepito Manaloto, followed Jose and Maria’s Bonggang Villa in the third spot, which earned an 8.9% rating on June 18. Pepito Manaloto previously ended its prequel ‘Ang Unang Kwento,’ and is now on its new season, ‘Tuloy Ang Kwento.’ According to the GMA Network website, the new season will continue the comedic chronicle of multimillion lottery winner Pepito’s family, neighbors, and friends.

Happy ToGetHer, the comeback series of John Lloyd Cruz, also maintained its supremacy for Sunday programming. It earned a 12.2% rating on June 19 and was the second most-watched program on the said day.

Bubbling up for Sunday programming are Daig Kayo ng Lola Ko in the fourth spot with a 9.1% rating and The Boobay And Tekla Show with a 4.2% rating.

As the country and the world continue to face different crises, most people depend on TV programs to entertain and relieve stress and anxiety. So, programs that bring good vibes continuously earn high ratings.