realme, the Philippines’ most popular smartphone brand in 2021, is no stranger to breaking new grounds in bringing luxury product design and features to entry-level handsets and making them affordable to all Filipinos. 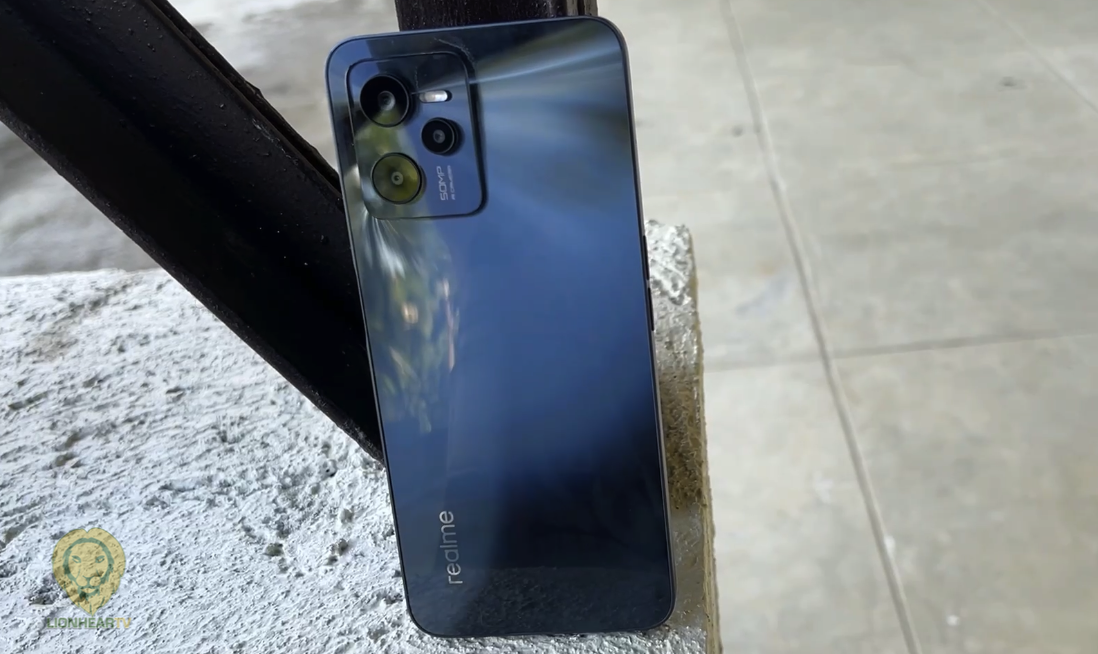 In keeping with this philosophy, realme is introducing the Chic and Classy realme C35–the latest edition to its affordable powerhouse C-Series.

The realme C35 will be available in two color options: glowing black and glowing green, with storage options of 4GB+64GB and 4GB+128GB.

DESIGN AND QUALITY. With its more modern, squared-off style, the realme C35 is designed to be the most stylish entry-level smartphone in 2022. It comes in an 8.1mm Ultra Slim Design, the thinnest and lightest in the C-Series smartphone, making it incredibly comfortable to operate with one hand.

Looking at the device, on the right side you will find the power on and off button and it is equipped with a fingerprint scanner. Below the phone, you will find the headphone jack, type c port for charging and data transfer, and the speaking grill. Turning it on the left side you, there are the volume buttons with a sim card tray above it. Sim card tray can support 2 nano sims and 1 MicroSD card for storage expansion. While nothing above the phone. Furthermore, the realme C35 features a 90.7 percent screen-to-body ratio and a nearly bezel-less design. 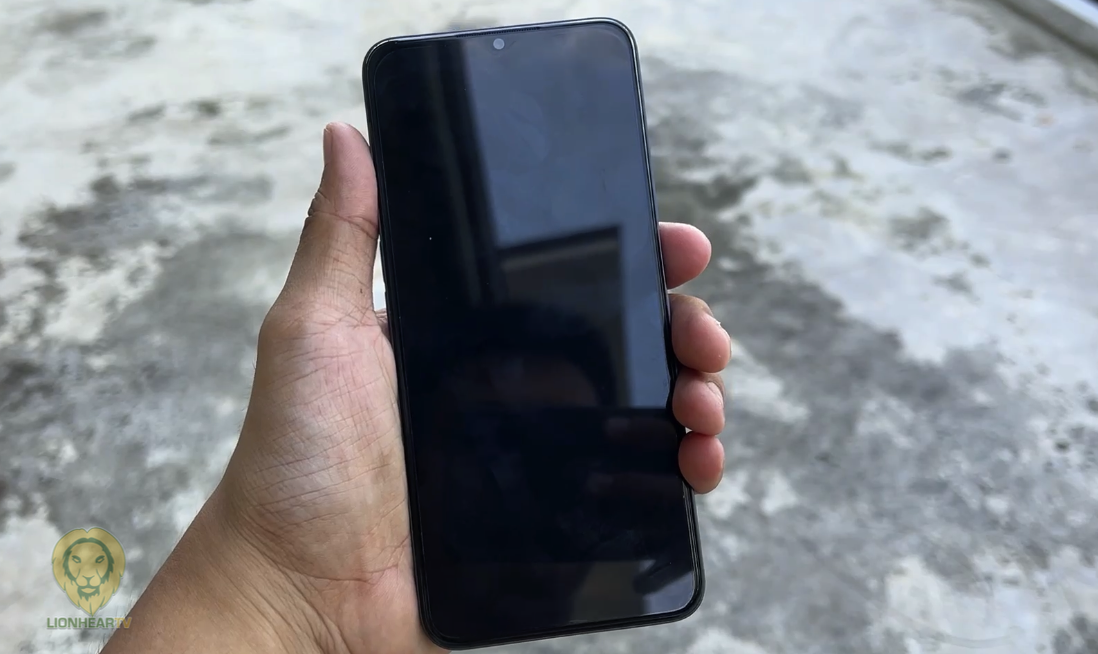 Flipping the phone, at the back there is the triple camera lens setup with a glassy back combined with the aesthetics of the Dynamic Glowing Design, which produces an effect when light is reflected on it, the realme C35 provides a visual experience that is both pleasing to the eye and easy to use. The realme C35 will be available in two vibrant colors: dazzling black and dazzling green. 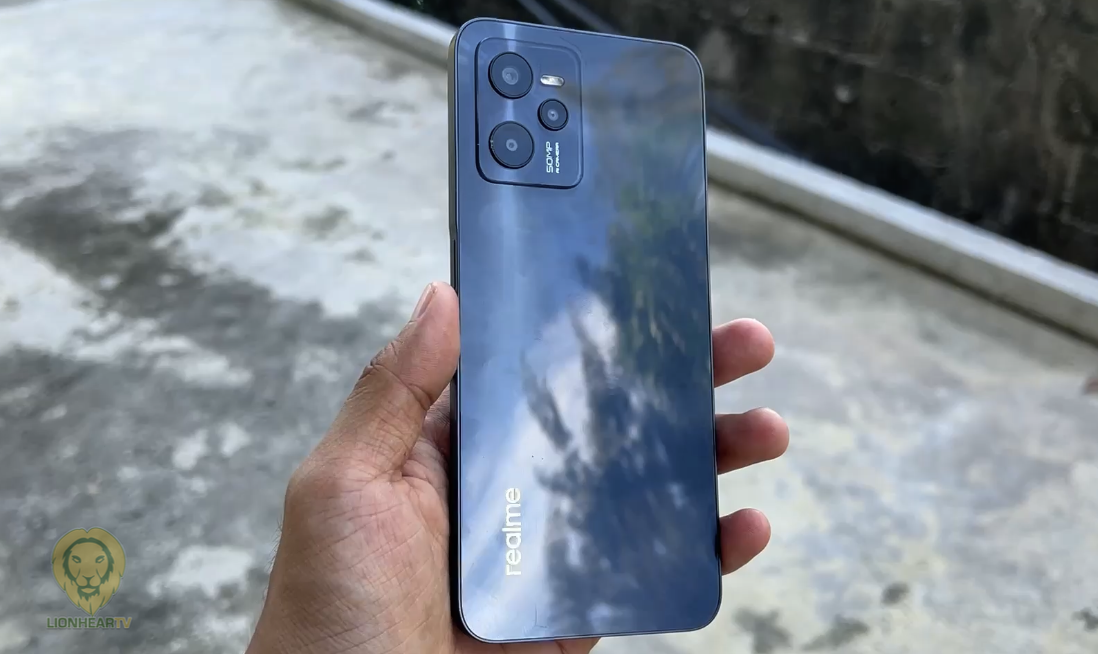 SOFTWARE. It runs on Android 11 with the realme UI R Edition. It is simple, clean, and easy to use. It offers a stock Android look. The software comes with preloaded apps installed. No software themes and other personal customization available such as icons and fonts, missing the features that I love the most. 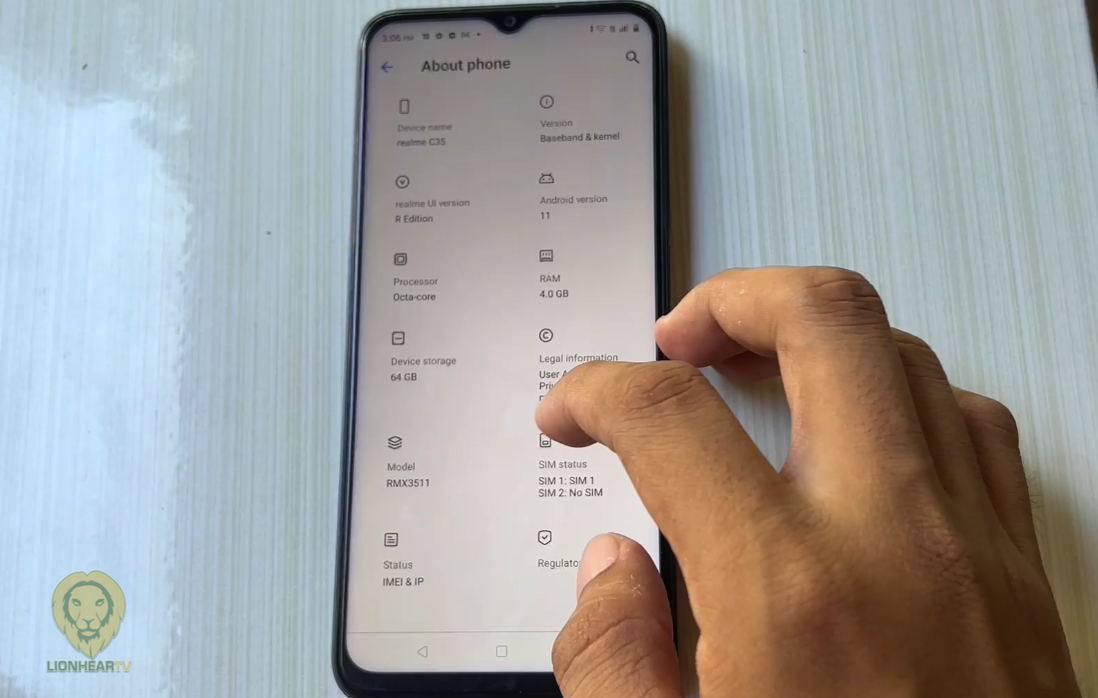 DISPLAY AND PERFORMANCE. Unlike most smartphones in the same price range, the realme C35 is the first in the C Series to feature an FHD screen with a 6.6″ FHD+ Large Display and a resolution of 2408×1080 pixels, which means a more colorful and immersive viewing experience for its users. Additionally, the realme C35 can reach up to 480 nits of brightness in normal lighting conditions, and up to 600 nits on auto in direct sunlight. It also has a touch-sampling rate of 180Hz for better touch responsiveness. 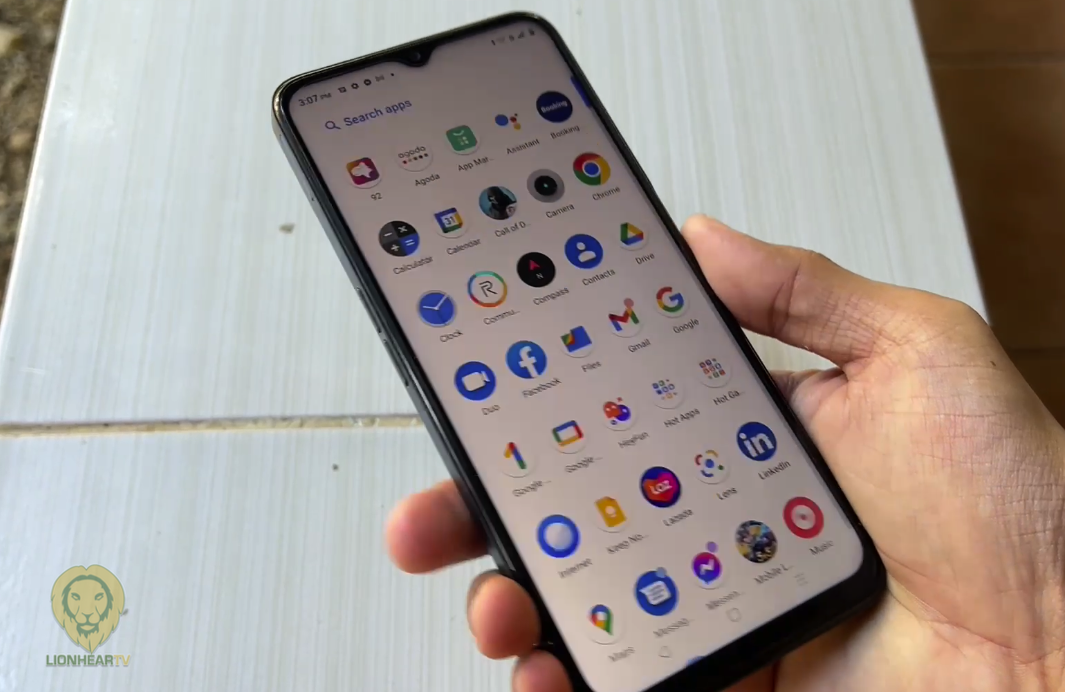 The realme C35 is also powered by the Unisoc T616 Processor, a powerful and efficient 12nm octa-core processor with two Cortex-A75, six Cortex-A55 cores, and a Mali G57 GPU for faster processing and switching between tasks. In terms of storage, the realme C35 supports microSD card expansion up to 256GB. All of these characteristics contribute to a better user experience.

The audio quality is good, it only supports a single speaker. The sound coming on the device is decent, please do avoid setting it at high volume as the sound quality gets muffled.

Playing mobile legends and call of duty mobile on this device are playable, both games are automatically locked on medium graphic settings. The movement and animation are decent.
Some minor stutters occurred when clashing with heavy effects and animation scenes. Some games are not optimized for the T616 Unisoc processor but it can handle more lite games out there. 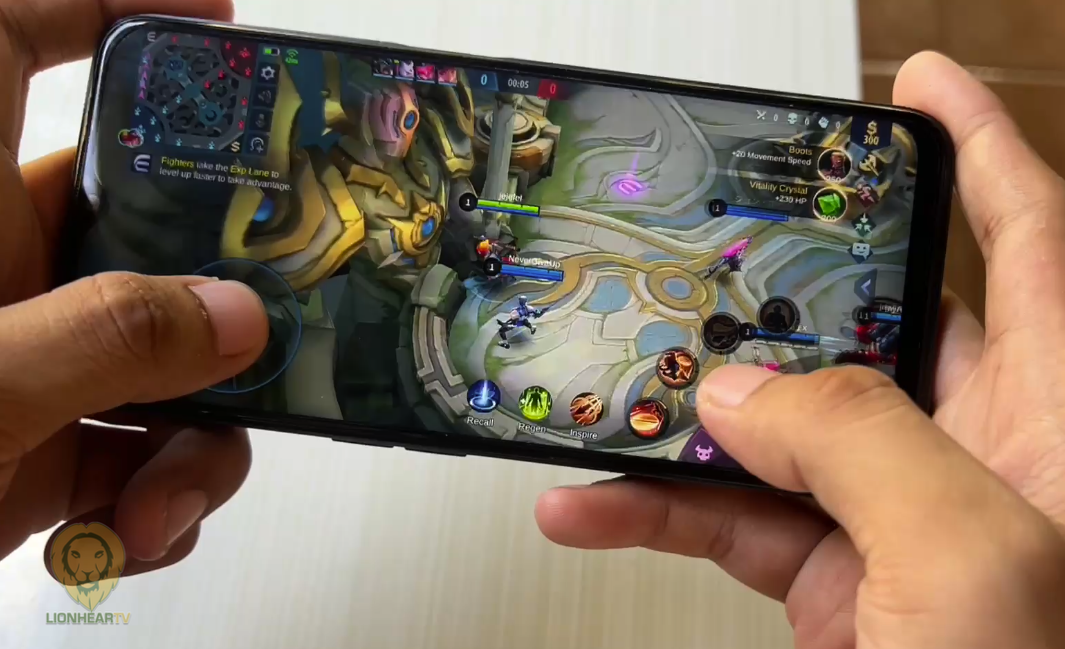 Multi-tasking is manageable, you can switch multiple apps with no hiccups. Switching between apps is good but not the best though some apps keep on reloading when open. The loading time of the apps is a bit of concern but the device can handle it well.

BATTERY. The realme C35’s immersive display is matched by a 5000mAh battery with 18W Quick Charge, which allows the phone to stay on standby for a couple of days and charge from 0% to 100% far faster than most smartphones in its price range. 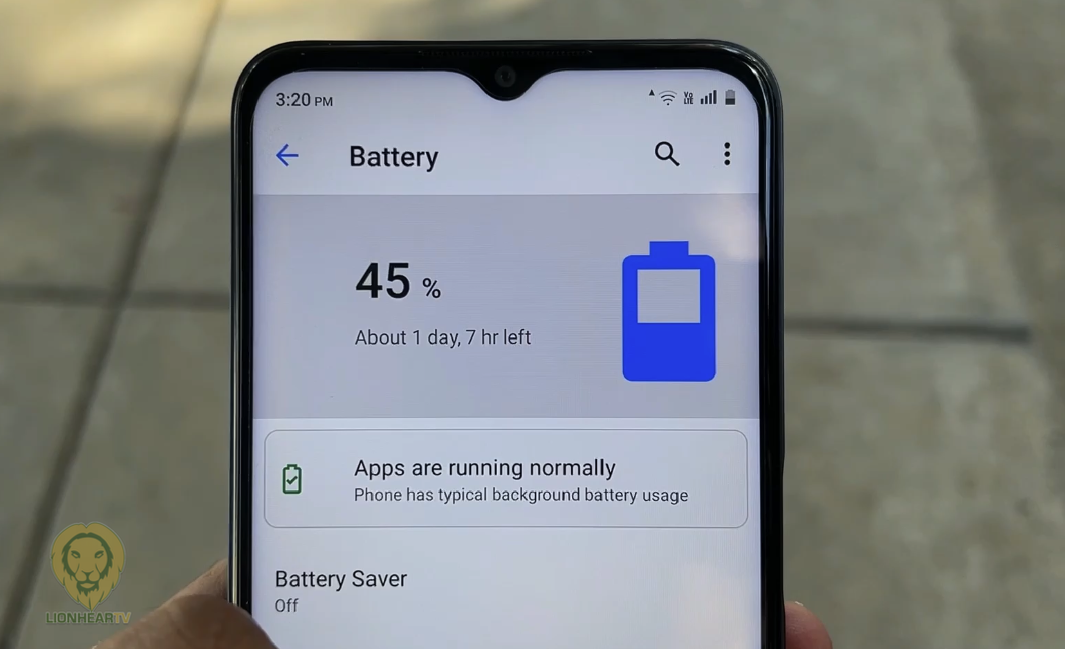 CAMERA. With its 50MP AI Triple Camera, which features a 50 MP primary camera, the realme C35 illustrates that a high-quality camera does not have to be pricey. This is paired with two additional lenses: 2MP Macro and 0.3MP depth sensor with a focus distance of up to 4cm for other mobile photography needs.

The shots taken are detailed and natural with good lighting. It pick-ups the color well and captures more detail in low light. Night mode can be improved. There is no HRD, wide-angle, and optical zoom available Portrait shots are only available in the rear camera. The camera UI for front shots in a portrait is disabled. 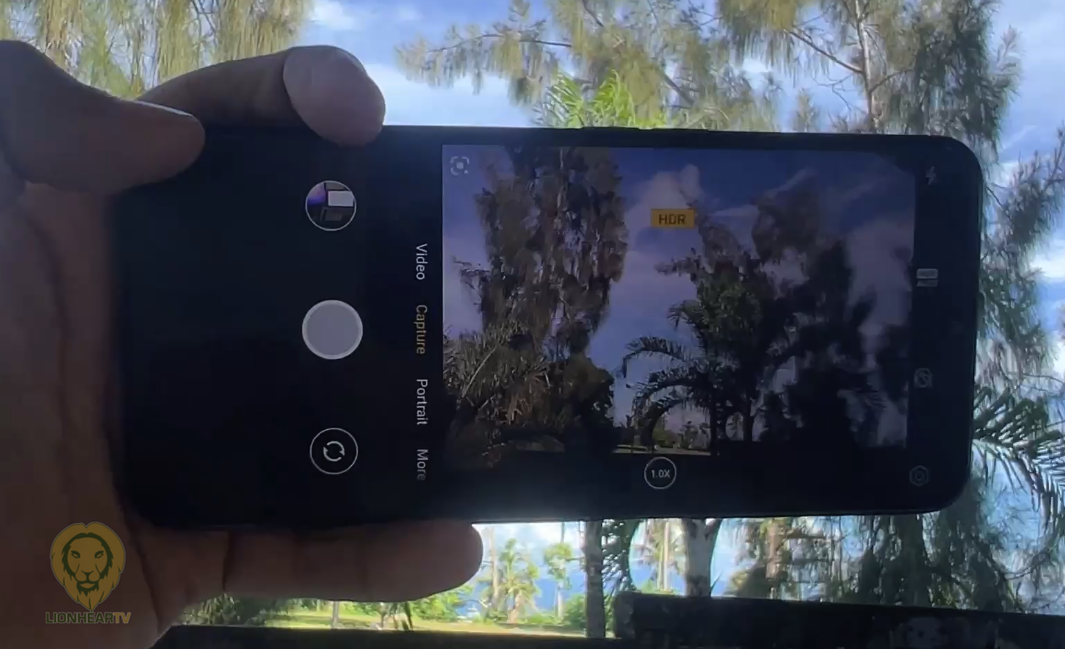 The realme C35 also has an 8MP Sony IMX355 Selfie Camera, which captures sharper images and has a high level of clarity whether taking beautiful selfies or using it for live streams and online calls. The 8mp lens selfie gets the job done with good highlights and skin tones. It fits on purpose.

Video recording can go up to 1080p at 30fps, which is pretty normal for a smartphone nowadays. It is still considerable for social media use.

The color science, reproduction, and image output are superior to other smartphones in the segment because of Realme’s enhanced balance of camera hardware to the processor, as well as overall software optimization.

THE VERDICT. The realme C35 is an 8.1mm Ultra Slim Design smartphone with a 6.6″ FHD+ Large Display and a flagship-level 50MP Triple AI Camera, which includes an 8MP Sony IMX355 Selfie Camera. The realme C35 is powered by a Unisoc T616 Processor and a 5000mAh Battery with an 18W Quick Charge, and storage can be expanded up to 256GB via micro-SD Card.
realme C35 will be available for an SRP of only P8,499 for the 4GB+64GB variant, and P9,499 for the 4GB+128GB variant. It is also available via the online realme Official Store through Lazada and Shopee and offline via realme official stores and partner dealers nationwide starting May 25.