Kapuso actress Sanya Lopez is one of the celebrities invited to the inauguration of Vice President Sara Duterte. 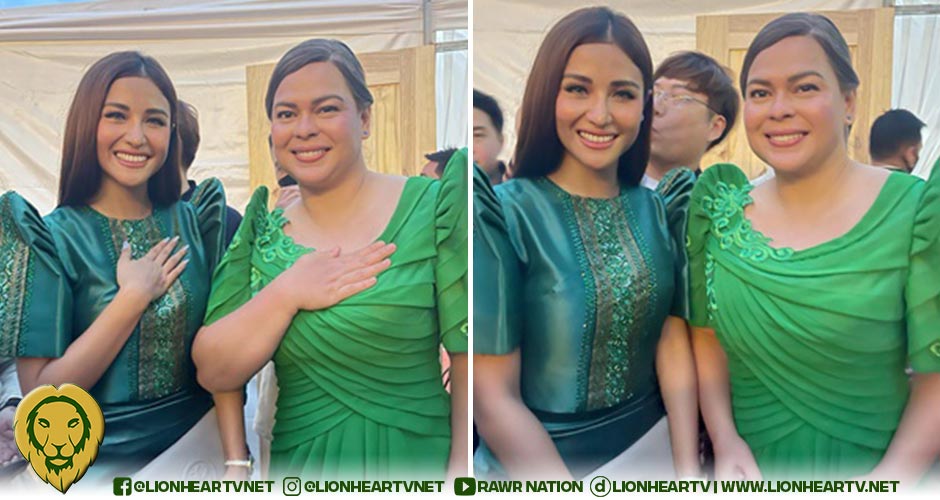 On June 19, Sara Duterte took her oath as the 15th vice president of the Philippines in her hometown, Davao City.

Actress Sanya Lopez was one of the celebrities present at the event as she shared a photo with the vice president.

The photo showed both Lopez and Duterte wearing an emerald green Filipiniana gown while placing their hands on their chests.

Sanya Lopez currently stars in the Kapuso rom-com series First Lady. The series is a continuation of First Yaya.

‘First Lady’ premiered in February 2022 and is set to conclude on July 1 with a total of 97 episodes.