InfinixWant to test your skills and see if you got what it takes to dominate the battleground? This may be your moment to shine as mobile technology company Infinix and Player Unknown’s Battlegrounds (PUBG) Mobile has announced the Infinix x PUBGM Cup–a nationwide PUBG tournament with a prize pool of P500,000 for the team that will reign supreme. 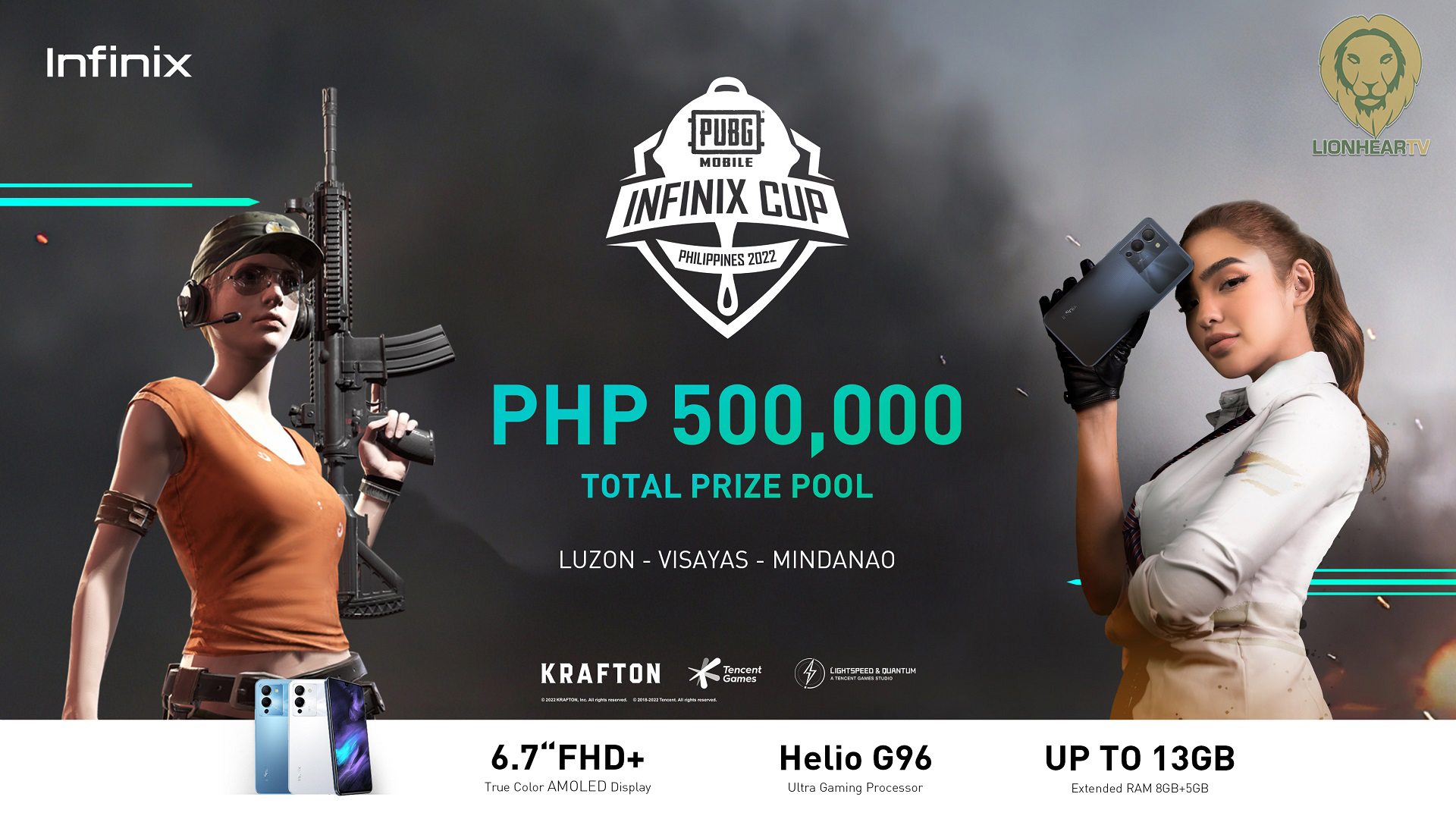 Open to gamers 18 years old and above, the Infinix Cup will hold several legs across NCR, Luzon, Visayas, and Mindanao where a pool of 16 teams at each qualifying region will battle it out across four maps–Erangel, Miramar, Sanhok, and Vikendi–and four rounds. The top two teams from each region will advance to the grand finals and get their shot at the P500,000 prize.

The grand finals will be streamed live on the Infinix Facebook page and will be held onsite on July 24, 2022, tournament venue will be announced soon on the Infinix x PUBG Mobile Cup 2022 Official Facebook Group.

“Filipinos are regarded as some of the most talented gamers in the E-Sports scene and we’ve seen Filipino teams reign supreme in various mobile games worldwide. We (Infinix) want to showcase that talent–and discover new ones–through the nationwide tournament in partnership with the massively popular Player Unknown’s Battleground (PUBG),” said Joseph Cernitchez, Infinix Philippines’ Marketing Head. “From NCR to Luzon, Visayas, and Mindanao, we’re inviting gamers all across the Philippines to unleash your gaming prowess.”

Its features from the MediaTek Helio G96 Ultra Gaming Processor that provides speed and power to the octa-core processor that combines two powerful Arm Cortex-A76 processors that clock up to 2.05GHz, plus an Arm Mali-G57 GPU processors makes for groundbreaking performance.

Plus, with Infinix expanding NOTE 12’s 8GB memory to 13GB by integrating RAM and ROM, no game is too heavy for this gaming phone. When combined with its massive 5,000 mAh battery and 33W Fast Charge, gamers can play to their heart’s content without having to worry about running out of juice.

“The Infinix NOTE 12 is the ultimate gaming phone. Whether you’re a casual gamer wanting to turn pro or an expert who wants to level up their gaming, the NOTE 12 offers unparalleled performance and the smoothest gameplay. Truly, there’s no better phone to run PUBG mobile and unleash every gamer’s ultimate potential,” Mr. Cernitchez added.

Beyond gaming, photography enthusiasts will also love the 50MP Ultra Night Triple Camera, which can take clearer night pictures, and view in its large AMOLED screen with blue light technology. The Note 12’s screen features the brightest colors on an eye-friendly display that gives the best performance in contrast ratio and color calibration in 1080×2400 pixels resolution.

Despite having all these power-packed features, the NOTE 12 comes in a very stylish package at 7.8mm thin and in three colorways: Force Black, Sapphire Blue, and Snowfall.

Do you have what it takes to be the last team standing in the Infinix x PUBGM Cup? Learn more about the tournament and register your team by visiting the Infinix x PUBG Mobile Cup 2022 Official Facebook Group.

The NOTE 12 is available in Force Black, Sapphire Blue, and Snowfall in 8GB + 128GB priced at P8,999 while the 8GB + 256GB priced at P9,999. Get them at your nearest Infinix stores nationwide, via Shopee and Lazada. For more information, visit http://www.infinixmobility.com/.