The young actor and former Hashtag member substituted for Ryan Bang, Teddy Corpuz, and Jugs Jugueta, who are all currently on break as Tawag ng Tanghalan’s gongmen. 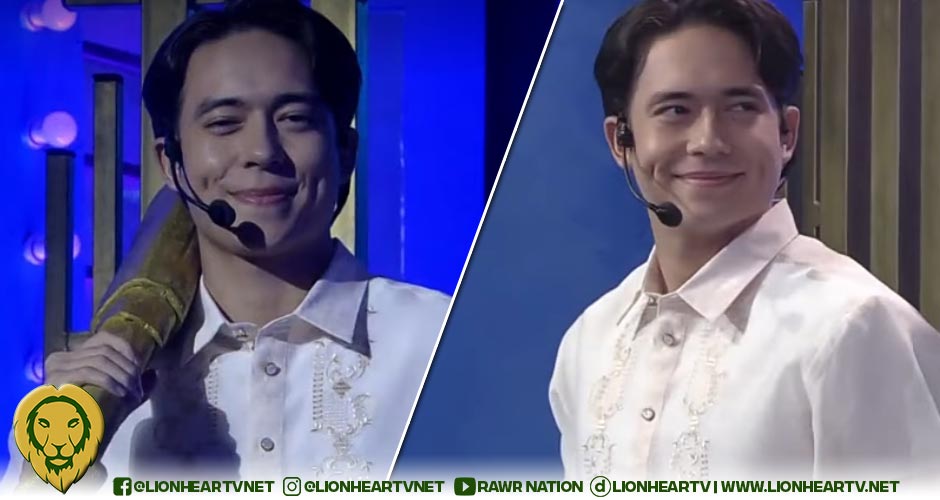 Also, one of the judges for the segment Showtime Sexybabe, Jameson Blake is the first non-It’s Showtime host to man the gong post of the massively popular singing contest, which is currently on its sixth regular season.

Blake described himself as “Bagong hiree”, while Karylle noted that it was the first time the show had a very good-looking gongman for Tawag Ng Tanghalan.

The previous gongmen are known for sharing tidbits of information to the show’s viewers every time they get introduced, so the hosts wondered if Jameson has something to share, too.

“Ibang language naman…Ni hao ma  (Let’s try another language, how are you),” he promptly answered.

It’s not yet clear how long Blake will be manning his new post, but he assured the viewers and the regular gongmen that he will do his best.

“Bagong hiree kasi ako kaya medyo naninibago pa ako” he said, when Navarro noted that the Hashtag member sounded slightly nervous at first. “I was born to do this.”

When asked what his message for the show’s regular gongmen would be, he just said, “I will take your spot muna guys. Ako bahala muna sa inyo (I got your backs, guys).’

Jameson Blake is one of the lead stars of the upcoming Kapamilya primetime drama, A Family Affair. Also, he currently sits as one of the judges of the It’s Showtime segment Showtime SexyBabe.