Musician Johnoy Danao contradicted TV host Bianca Gonzalez on Tuesday, July 26, for complimenting the speech given by newly-elected Philippine President of the Republic Ferdinand “Bongbong” Marcos Jr during his first State of the Nation Address (SONA). 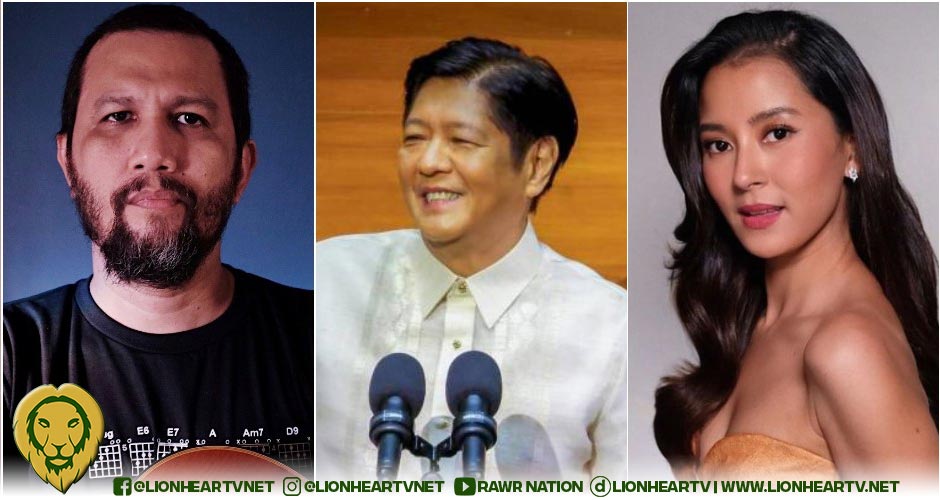 Both were avid supporters of former Vice President Leni Robredo.

During the hour talk, Marcos Jr promised that he will continue his predecessor’s plans while adding his vision for the country. The President in his tenure will be focusing on agriculture, security, post-pandemic solutions, growing the economy, and education.

He will also put effort into improving the legacy of his late father, former President Ferdinand Marcos Sr, as well as adding more protection for women.

Gonzalez, in her tweet, admitted that Marcos did a wonderful SONA despite voting for Atty. Robredo, she is “hoping this admin delivers on the promises, para sa Bayan.”

That was a good SONA for PBBM. Here's hoping this admin delivers on the promises, para sa Bayan 🙏🏻🇵🇭

Still, the TV personality insisted that the Marcoses should be held responsible for the stolen health and human rights abuses during Martial Law.

I may have voted for Leni Robredo and I still believe the Marcos family needs to be accountable for the stolen wealth and the ML human rights abuses, but BBM is our duly elected President and I felt his SONA was good. Kung successful ang admin, success din ng Bayan.

Danao, however, was not impressed with the President’s speech. Tagging Gonzalez, he contended that Marcos was “just reading a speech.”

The TV host agreed with Danao that “it was just a speech.” However, she clarified that the talk was the only thing she was impressed with since Marcos Jr. still had to work.

Furthermore, Gonzalez pointed out that she is still a supporter of Robredo and “hindi nag-iba ang paninidigan ko dahil lang sa isang speech.”

She also admitted that her usage of the term “duly elected” was incorrect, especially with what happened during the recently-concluded elections.

But as for principles, Gonzalez stressed that she wants good governance like Danao and many other Filipinos.

During the 2022 elections, despite the overwhelming support, Robredo lost to Marcos with a large gap. The latter accumulated 31 million votes while the former only had 15 million.

Many believed the result was rigged, especially with how fast the vote-counting machines (VCMs) transmitted the electoral results. The Commission on Elections (Comelec) denied any rigging of the election in favor of Marcos.