The Kapamilya morning news magazine program went off the air after ABS-CBN’s shutdown in 2020. 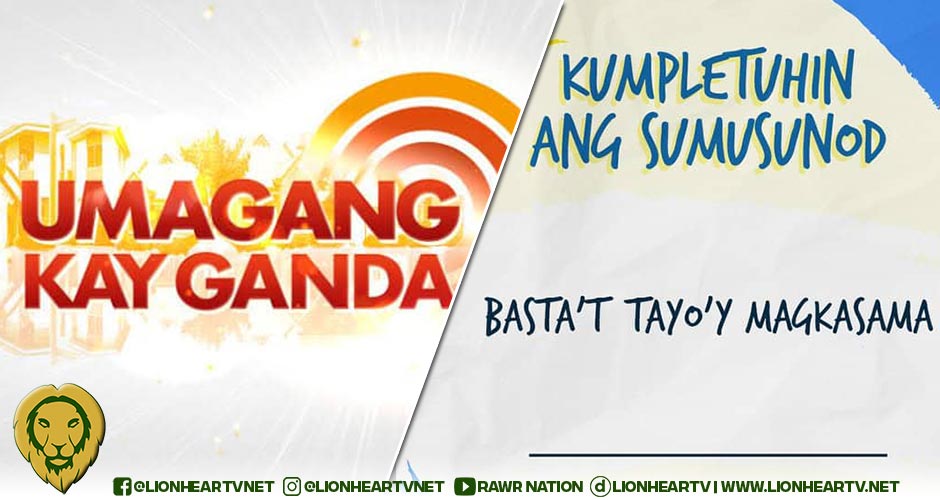 Umagang Kay Ganda may be making a TV comeback soon. That is assuming the netizens’ hunch is correct, after A2Z seemingly alluded to the possibility on its social media accounts. On both its facebook and Twitter accounts, A2Z asked Kapamilya viewers to find the missing lyrics of a song.

Netizens are quick to give their theory, with most of them believing the now defunct Kapamilya program is making a free TV comeback.

Umagang Kay Ganda notably aired for nearly 13 years before its broadcast was halted indefinitely by the ABS-CBN shutdown on May 5, 2020–the day the network’s legislative franchise expired.

Gerald Rhys thinks the only thing that bars A2Z from practically becoming the new ABS-CBN, is the absence of UKG on its line-up. “Sana ibalik na nila ang Umagang Kay Ganda

Yun nlang ang kulang eh @ABSCBN feels na ang A2Z (I hope A2Z brings back Umagang Kay Ganda, so that it can finally have the complete ABS-CBN feels)” she tweeted.

Nam Doh Sun, however, noted how the song got used as a political campaign song during the recent election season and how he won’t be hearing the song the same way again.

“That song will never be the same as it was first heard,” his tweet reads.

That song will never be the same as it was first heard. https://t.co/kZlUVciQGh

What is your thought about the possible comeback of Umagang Kay Ganda? Head to the comment section to share with us what you think.