The hilarious drag contest of the Kapamilya noontime show made its successful comeback on Monday, July 25. 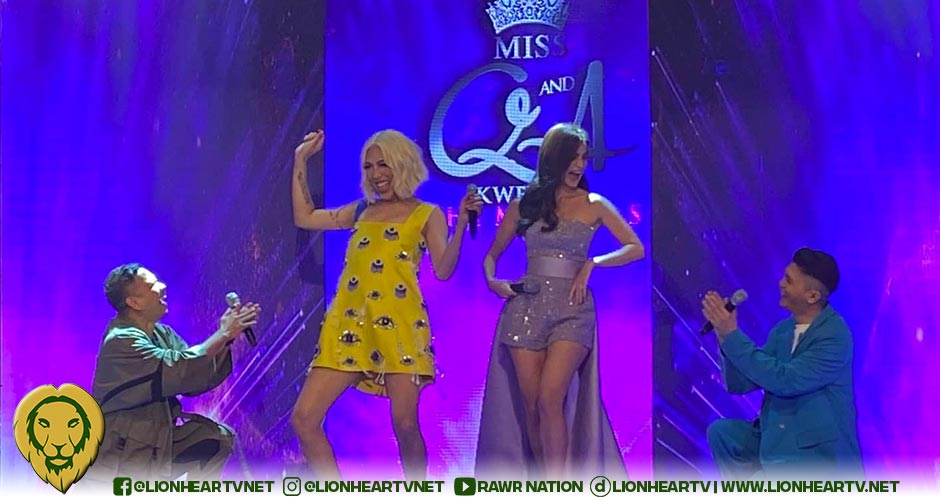 Bow down to the queens! It’s Showtime’s popular segment, Miss Q and A, has officially returned to deliver hefty dosages of laughter and wit. The return of the drag contest to the Kapamilya noontime show comes three years after Mitch Montecarlo Suansane was crowned as its second grand winner in 2019.

Having its debut coincide with several changes on It’s Showtime, specifically the newly renovated studio, the new season of Miss Q and A (also called ‘Kween of the MultiBeks’) is off to offering a fresh scene at lunchtime TV viewing. It may have arrived on the heels of the successful first edition of the beauty contest, Showtime SexyBabe, but one can see how apart the two segments are, from each other.

As expected, the first set of the daily finalists got chosen to have the segment the needed energy to generate attention. All four contestants made an impact on the audience, but those who could crack good jokes unexpectedly earned the support of the audience. But Miss Q and A is also a quiz show.

The first part of the competition requires the contestants to answer random questions. The first two contestants to give two correct answers proceed to the second stage, called Di ba Teh?, where they are given a pair of contrasting topics to debate on.

Whoever comes out victorious at this stage, has to confront the defending winner. They will have to answer the same question. Whoever wins the round, gets the crown. If the defending winner is anew, he will have another crown on his head. Once he earns three, he will qualify for the grand finals. He goes straight to the grand finals if he can get 8 consecutive wins or crowns.

You can feel that Vice Ganda is more comfortable doing his hilarious gimmicks and banters, because of his relatability with the contestants and the segment’s theme. Even the other hosts, themselves, can absorb his energy, and therefore connect better with the Unkabogable star, during fun and chuckle-worthy banters. Of course, the contestants, intermittently provide unexpected moments where you just can’t help but explode in laughter. You will also get surprised by moments when the contestants pull off an exemplary display of wit and intelligence, especially when answering deep questions.

The show seems to be still figuring out the right set of judges, as evident in the abrupt change in the panel on the second day of the competition. The right mix of contestants should also be considered as they largely dictate the response of the viewers. That said, the banters of the hosts alone, especially with the instigation of Vice Ganda, are already enough to guarantee the show, loyal viewers.

Follow the riot of laughter and wit on Miss Q and A: Kween of the MultiBeks, Mondays thru Fridays on It’s Showtime.