The new station ID sees the merging of the two biggest Kapatid and Kapamilya stars. 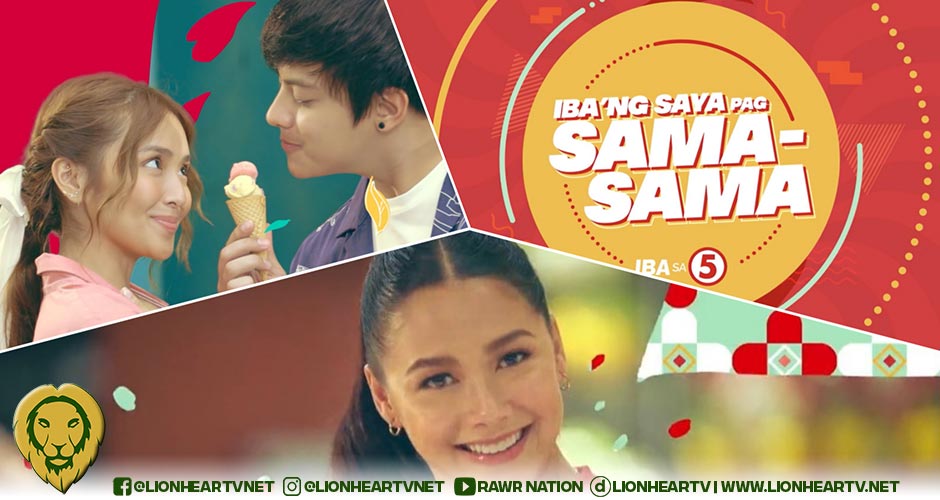 They say, “Ang kapatid ay Kapamilya rin (a sibling is also part of the family).”

It is not the first time that this kind of gathering became possible on national television, as the network’s Christmas Station ID last year also achieved this one-of-a-kind milestone.

In Iba Ang Saya Pag Sama-Sama, the more dominating vibe reminds of summer instead of the rainy season, which PAGASA officially declared a few weeks back. There is a festive and distinctly light mood, and the message the station ID tries to deliver in utmost clarity.

Sung by Sing Galing’s Kantastic 6, and led by winners Patrick Quiroz and Mari Mar Tua, the music and lyrics of the track used by the station ID, is simple but addictive. It carries a familiar beat that’s probably reminiscent of past ABS-CBN summer station IDs. There is, however, a fresh energy. For some reason, it imparts a certain ‘last song syndrome’ vibe. It won’t be surprising, however, if it becomes a new Kapatid-Kapamilya anthem.

It is interesting to note that the station ID is contagious. It comes with the widely talked-about ABS-CBN and TV5 media collaboration, which reportedly see the two media companies combining their respective resources to create one formidable news and entertainment media entity.

Several stars of the current and upcoming stars made appearance on the station ID. Maja Salvador obviously leads the Kapatid entertainment crowd, with her upcoming Oh My Korona series, given spotlight on the music video. Kapamilya stars from currently airing primetime shows, A Family Affair, Love in 40 Days, 2 Good 2 Be True, and the six-year-old action drama FPJ’s Ang Probinsyano claimed their respective spotlights. ABS-CBN’s teleserye king Coco Martin and the phenomenal love team Kathryn Bernardo and Daniel Padilla a.k.a. KathNiel, are among the biggest Kapamilya stars to grace the station ID. The stars of the upcoming action-fantasy drama Darna, also owned their moments on the music video.

Big personalities of TV5’s news department are also allowed to shine alongside their celebrity counterparts. Hosts and stars of the Kapatid shows, Frontline Pilipinas, Alagang Kapatid, and upcoming Kapatid series, Suntok Sa Buwan,a re also introduced through the station ID.