Pinoy televiewers will be off to a noontime treat as rival networks spice up their noontime programming. 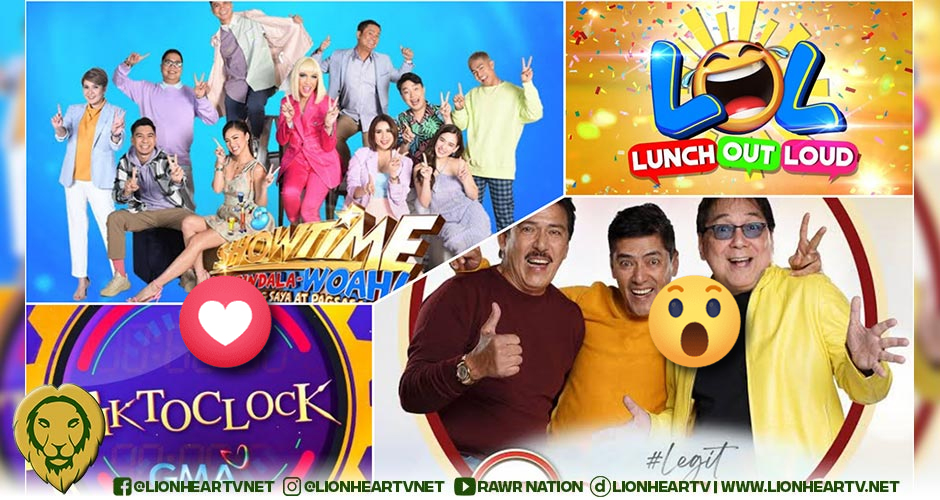 After being rivals for a couple of years, It’s Showtime and Tropang LOL is now tandem in bringing fun and laughter to their loyal audience.

An official statement released by ABS-CBN on July 11 said that the collaboration between the two networks aimed at reaching more people in the country to experience world-class quality noontime programming.

Meanwhile, the GMA network seemed prepared for the groundbreaking collaboration between LOL, and It’s Showtime as it is set to launch its noontime tandem, ready to slug it out against the Kapatid and Kapamilya collaboration.

Ticktoclock, hosted by Pokwang, Kuya Kim Atienza, and Rabiya Mateo, is set to premiere on July 25, which will be followed by the country’s longest-running noontime show Eat Bulaga!

The newest Kapuso variety game show is set to air at 11:15 am, the same timeslot as Tropang LOL, which airs over TV5, A2Z, and Kapamilya channels plus all ABS-CBN digital platforms.

The well-loved noontime show for decades will follow it: Eat Bulaga! It will surely be up their game as the country’s noontime programming competition heats up with the teaming up of LOL and It’s Showtime.

Now, who will reign supreme in the country’s noontime programming, the Kapamilya and Kapatid tandem or the Kapuso team? Let’s wait and see.