A character ID featuring Mars Ravelo’s most popular characters shown during the end credits of every ‘Darna’ episode. 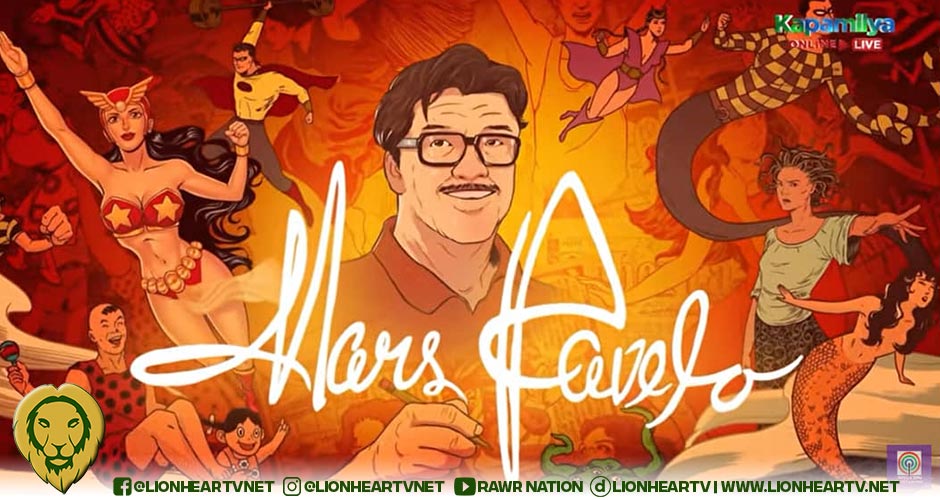 It looks like Darna won’t be the last ABS-CBN adaptation of a Mars Ravelo creation that the viewers will witness in the coming years.

“We signed up with ABS-CBN because we feel that it’s the best platform that we can have. Mataas ang expectations namin talaga. Having Mr. Roño as the director, iyon na ‘yun, e. It’s a dream come true. Hindi pa tumitigil ang goosebumps ko. This is like a dream,” he shared.

Darna is not the first Mars Ravelo adaptation that ABS-CBN did, there are some television adaptations of classic Ravelo superheroes and characters, including Dyesebel (2014) and Lastikman (2007). Among the highly-celebrated cartoonist’s superheroes, Captain Barbell is the only one that is yet to be made into TV series or movie by ABS-CBN. It is also worth-noting that the network made a weekly drama anthology, featuring some of Ravelo’s less popular, but equally iconic characters via Komiks Presents.

Now with Darna re-strengthening ABS-CBN’s partnership with the Ravelos, it is not surprising that many fans are wondering whether the network is pushing for its stalled ‘Sanlakas’ franchise by building its own Mars Ravelo Universe ala Marvel Cinematic Universe or DC Extended Universe.

The Ravelo family first struck a deal with ABS-CBN in 2013, by granting the network the rights to produce or adapt TV or movie adaptations of 13 of the master illustrator’s masterpieces.

Could the character ID, featuring Mars Ravelo’s creations, being shown at the end credits of Darna, mean that the network is actually gearing up for more Mars Ravelo adaptations?

Given the Ravelo family’s re-affirmation of its trust for the Lopez-owned media giant, it looks like that maybe really the case.