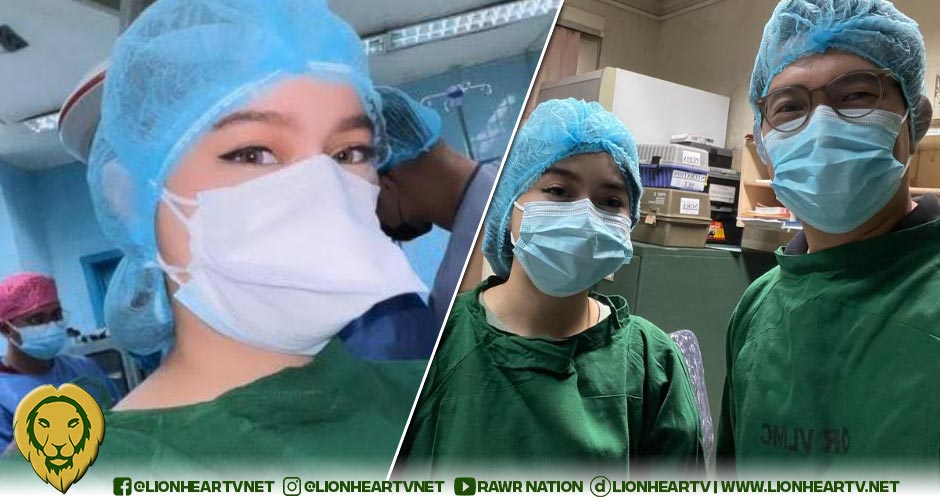 In Ward’s recent Instagram story, she posted a photo of herself inside an operating room to observe a brain surgery as a part of her medical training for the series.

On August 18, Richard Yap also posted a photo in an operating room along with Jillian Ward.

Abot Kamay Na Pangarap already started taping in July and will premiere on the Kapuso network this September.

The series will follow the story of mother and daughter, Lyneth (Carmina Villarroel) and Analyn (Jillian Ward). Analyn dreams to become a surgeon.

Ward will be noticed at a young age because of her intelligence, despite not having a formal education.

She will be presented with opportunities that will allow her to have a better education, permitting her to become a doctor at a young age.

Ward first appeared in a commercial for a milk brand before starring in GMA Network’s TV remake of the classic film Trudis Liit.

She portrayed the role of Daldakina in the GMA romance fantasy series titled The Last Prince.