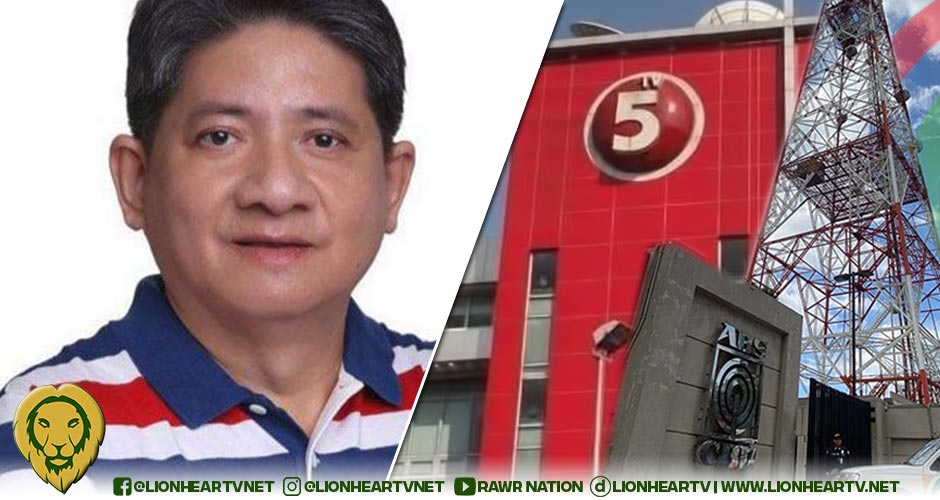 In his recent interview with SMNI, Gadon, who has always been opposed to ABS-CBN, said the recent partnership deal between the Kapamilya and Kapatid network violated the latter’s franchise provision and thus can be used for its revocation or denial of renewal in the future.

According to Gadon, the deal was a way of circumventing the law after ABS-CBN failed to renew its franchise in 2020.

Gadon asserts that ABS-CBN has yet to settle its obligations to the government, and its joint venture with TV5 will cause damage to the Pangilinan-led media company.

However, during the Congressional hearing on the renewal of the ABS-CBN franchise, the Securities and Exchange Commission said that ABS-CBN did not violate its franchise when it issued PDRs.

SEC Commissioner Ephyro Luis Amatong, in his statement, said that as far as the SEC is concerned, ABS-CBN did not violate its regulations when it issued PDRs to the public.

He also stressed that the Philippine Stocks Exchange has a mechanism to prevent foreign entities from investing in media companies in the country.

“Ang nangyayari, the PSE has a mechanism that non-Filipinos cannot acquire the shares of media companies with restricted ownership. They also have a mechanism to ensure that other partially nationalized businesses keep within the allowable requirements of the Constitution,” Amatong said.

“As far as we know, there has been no instance where the nationality restrictions for any of our companies that are engaged in fully nationalized or partially nationalized activities have been breached, and this is due to the mechanisms put in place between the PSE,” he added.

Meanwhile, Gadon also brought out the issue of ABS-CBN’s alleged tax violations, which were already answered also by the BIR during the franchise renewal hearing.

ABS-CBN and TV5 signed the historic joint venture deal on Thursday, August 11, which will allow ABS-CBN shows to reach a wider audience after losing its broadcast franchise in 2020.