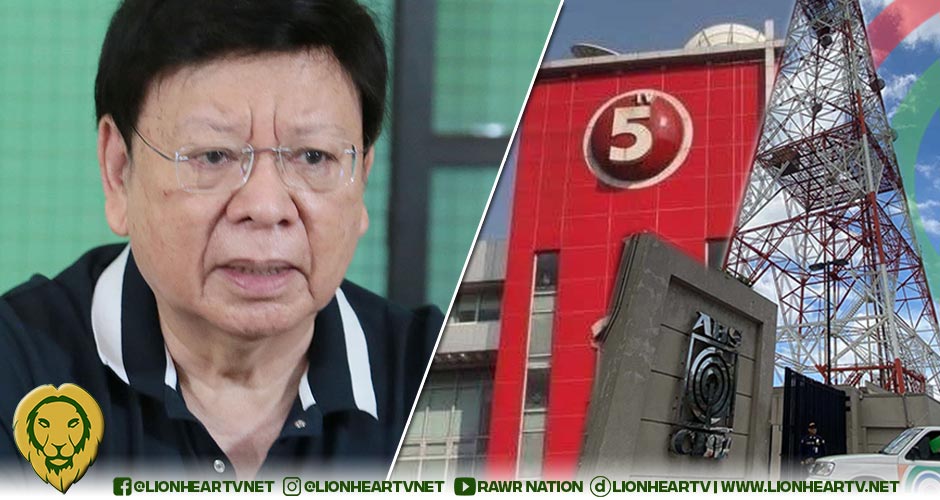 Marcoleta expressed his worry regarding merging two large TV networks and how it would monopolize the TV industry.

Aside from the PCC, Marcoleta also urged the National Telecommunications Commission (NTC) and Bureau of Internal Revenue (BIR) to review the information they have regarding the alleged violations of ABS-CBN.

According to a press statement by the PCC, they haven’t yet received consultation requests and notifications from MediaQuest Holdings and ABS-CBN Corp. about the said merger.

They also stated that according to reports from the merger between the networks, their transaction seemed to still be within the P50-billion threshold in the Bayanihan to Recover as One Act (Bayanihan 2).

However, they require the companies to submit a notification to the PCC for review to ensure that the merger would not harm competition and become a detriment to the consumers’ well-being.

“Transactions that meet the P50-billion thresholds set by the Bayanihan to Recover as One Act (Bayanihan 2) are required to be notified to the PCC for review to ensure that there is no harm to competition and detriment to consumer welfare. With the lapse of the period set under Bayanihan 2 on Sept. 15, the PCC notification thresholds will revert to appropriately lower levels that reflect the relative size and performance of the economy.”

PCC noted that they might direct the transaction review to their Mergers and Acquisitions office to conduct an initial assessment of the merger.

Earlier, ABS-CBN Corp. disclosed to the Philippine Stock Exchange their acquisition of TV5 stocks close to 6.5 million primary common shares, representing 34.99% of the total voting and outstanding capital stock of the Kapatid Network, for P2.16 billion.