The comedian-TV host also gifted the show’s more than 130 staff members with PhP5,000 each in May. 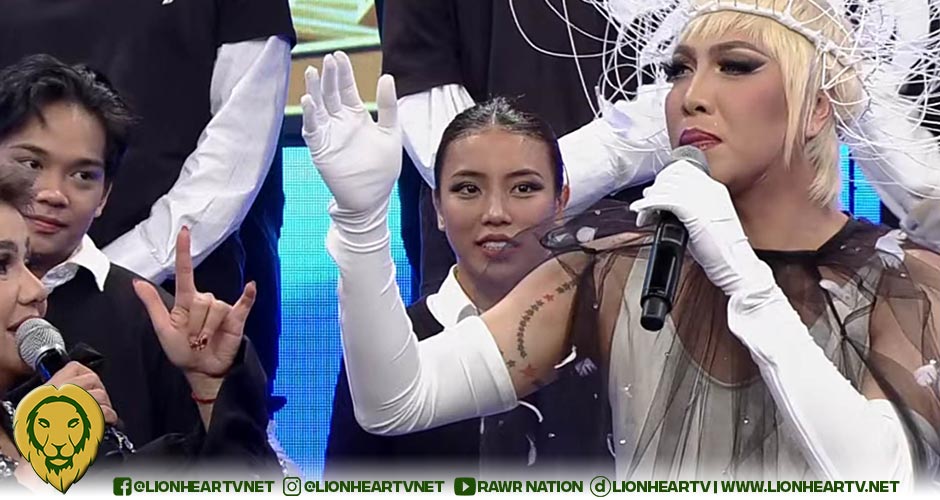 Vice Ganda announced on Thursday, November 17, that he was giving away PhP300,000 to It’s Showtime staff. His good deed is a repeat of what he did in May this year, when a total of 130 Kapamilya workers received PhP5,000 each, from him.

This year, as an early Christmas bonus (again), and a way to thank the noontime show’s hard-working staff, which now has 300+ members.

“Di ba noong nagkaroon ng pandemya, kumonti tayo, parang 50+, ngayon ilan na? (Remember when the pandemic hit, our numbe rgot reduced to a little over 50? What is our current size now?),” he asked.

Known for his dedication to his work and craft, Vice returned the favor to the show’s staff which he paid tribute during the acknowledgment portion of his Magpasikat performance.

“Sobrang mahal na mahal ko ‘tong mga ‘to. Alam mo, sobrang simple lang ng mga staff na ‘yan (I love these people. You know how simple these people are),” he shared. He then took his chance to express how sorry he was for his shortcomings, as well as the misunderstandings among the staff and hosts of the show. He noted that these misunderstandings only happened because they all came from a “…place of love.”

“Alam niyo mahal ko kayo pero minsan napaka-mukhang pera niyo at times (You know what, even though I love all of you so much, I can’t deny that you guys are sometimes greedy),” he jokingly said.

Later, he announced that he would give them an early Christmas bonus.

“Oh sige mamaya, bibigkan ko kayo ng 300,000 pesos (All right, for all of you, I am giving away 300,000 peos),” he happily announced, adding he will also distribute ten wheechairs to madlang pipols who are persons with disability (PWDs).

Vice Ganda and Amy Perez offered their Magpasikat performance to the deaf community and the PWDs who work hard despite their disabilities. The winner for this year’s Magpasikat, will be announced on Saturday, November 19.