Menu
Search
TV5 Kids improves its line-up starting July 29 as some of its well-loved programs move to a much refreshing timeslot, an all-new Ben 10 series and the most exciting comeback of everybody’s favorite beefcake, Johnny Bravo. 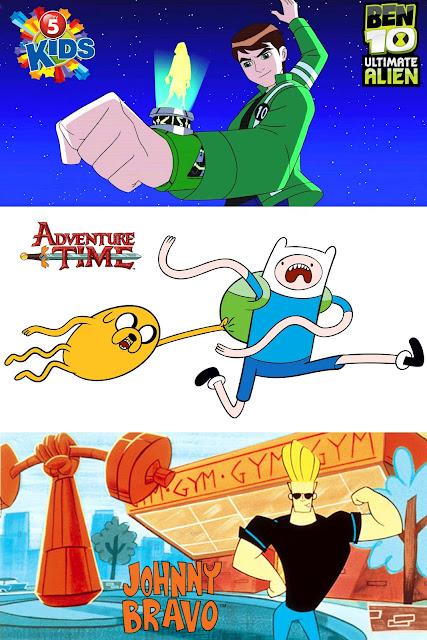 Follow the adventures of Finn and his best friend Jake the dog as they take on a journey in the Land of Ooo. Tag along as they save the day in Adventure Time at 9:00AM beginning July 29. On August 4 & 5, expect an all-new hit action television series with Ben and his Ultimatrix in Ben 10: Ultimate Alien. Starting August 6, keep an eye on Ben and his new set of aliens in Ben 10: Alien Force.

On August 11 and 12, Handy Manny and Jungle Junction moves to a new timeslot at 7:00AM. Be captivated with the all-famous “Oohh, Mama” as the muscular beefcake Johnny Bravo re-enters Sunday viewing starting August 12.

Don’t miss these cool programs as TV5 Kids rehashes its programming starting July 29 only on TV5.