Menu
Search
ABS-CBN news reporter Ron Gagalac will examine the credentials of the newly appointed Department of Interior and Local Government (DILG) secretary Mar Roxas and the challenges he will be facing in his Cabinet post tomorrow (Sept 4) in “Patrol ng Pilipino.”

Roxas admitted he had big shoes to fill in assuming the post of the late DILG sec. Jesse Robredo, who is well-loved by Naga and the whole nation due to his quiet dedication to good governance and reform. 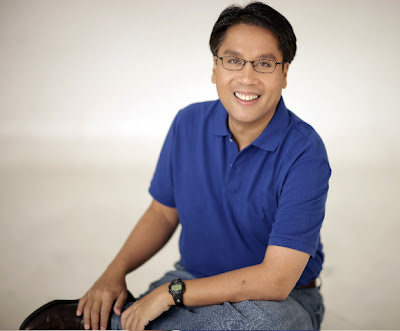 Besides assessing Roxas’ accomplishments and public image, “Patrol ng Pilipino” will also review DILG’s responsibilities in ensuring public safety, promoting peace and order, and strengthening local government units. Can Roxas stand up to the challenge? Will he prove to be a rightful successor to Robredo?

Meanwhile, Dominic Almelor will survey Laguna towns that are still submerged in flood waters weeks after the onslaught of heavy rains brought by the southwest monsoon. How would the Laguna Lake Development Authority explain the overflowing of Laguna Lake? What is the local government’s action plan to permanently avoid the widespread flloding during the rainy season?

Know the stories behind the news tomorrow (Sept 4) in “Patrol ng Pilipino” after “Bandila” on ABS-CBN or watch it earlier on DZMM TeleRadyo (SkyCable Channel 26), 9:15 p.m. For updates on the program, follow @Patrol_Pilipino on Twitter or like www.facebook.com/PatrolNgPilipinoTV.