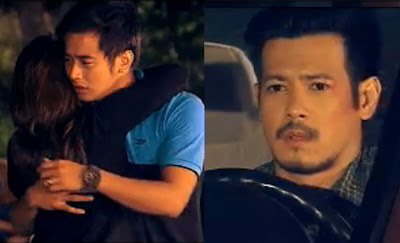 Angelito (JM De Guzman) finally gave up his responsibilities as the biological father of Mac-Mac and agreed to grant full custody of his son to Jenny (Kaye Abad) and Raffy (John Prats) in the afternoon series “Angelito: Ang Bagong Yugto.”

Angelito did everything to provide for the needs of his son, but Raffy also did everything he could in his power to get in Angelito’s way. Jenny decided to end things by talking to Angelito ang begging him to let Mac-Mac go so they can all move on and have peaceful lives with their respective families. Can Angelito stand up for his decision to abandon his responsibilities to his other son?