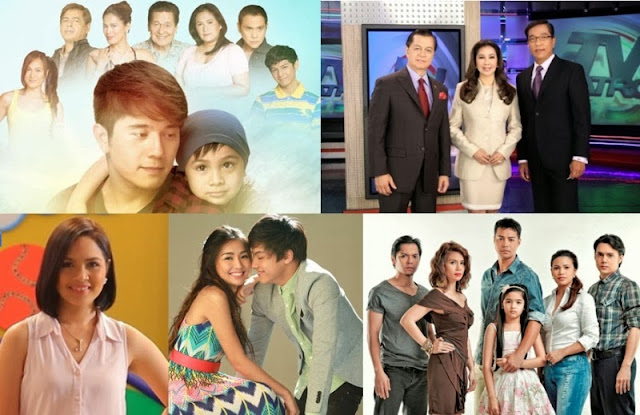 “TV Patrol” remained as the most trusted TV newscast as it registered an average national TV rating of 27.5% beating again GMA’s “24 Oras” with only 17.2%.

It also clinched the second spot on the top 15 list of most watched programs in the country in November.

Judy Ann Santos’ “Bet On Your Baby” (26.2%), on the other hand, climbed to the fourth spot from seventh place in the previous month.

Other programs in the top 15 produced by ABS-CBN include “Wansapanataym,”  “Got To Believe,” “Annaliza,” Maalaala Mo Kaya,” “Goin’ Bulilit,” “Rated K,” “TV Patrol Weekend,” “Be Careful With My Heart,” and  “ Maria Mercedes.” 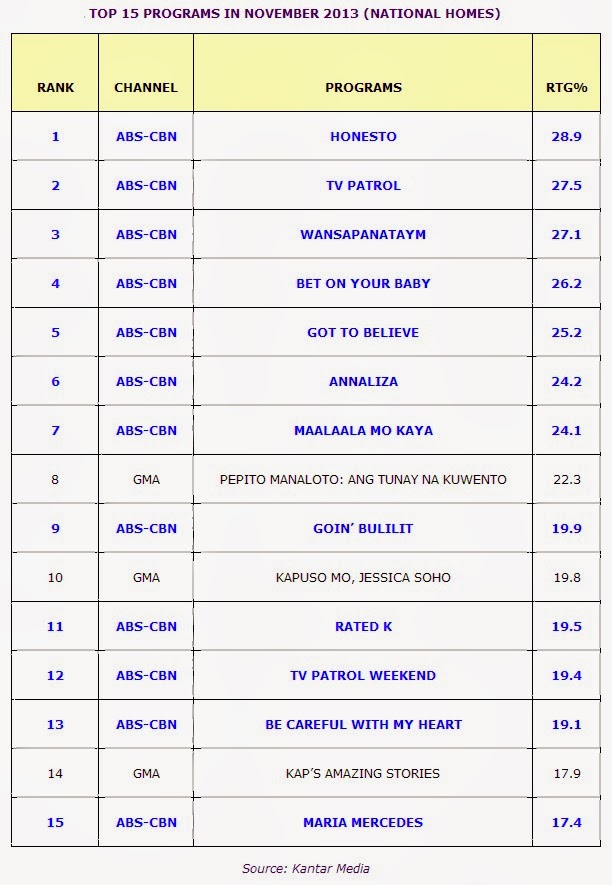 Kantar Media is a leading television (TV) audience measurement provider with capabilities in gathering TV viewing data in both digital and analog platforms. It is a multinational market research group that specializes in audience measurement in more than 80 countries, has 26 TV networks, ad agencies, and pan-regional networks subscribing to its ratings services.

Among these, the following subscribe to both urban and rural TV audience measurement: ABS-CBN, Brand Ideas, MPG Havas, and 720ConsumerConnect.