Menu
Search
More Filipino households across urban and rural homes nationwide tuned in to the top-caliber programs produced by ABS-CBN Corporation this November, scoring an average audience share of 44%, or 11 points ahead of GMA’s audience share of 33%, based on recent data from Kantar Media. 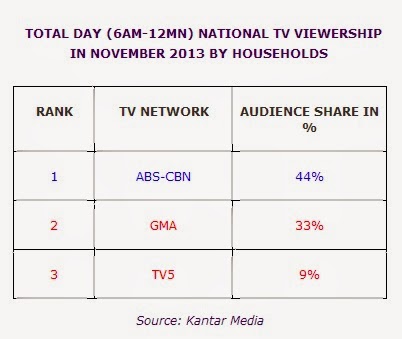 Data showed that ABS-CBN maintained its primetime (6PM-12MN) supremacy with an average audience share of 48%, or 16 points higher than GMA’s 32%. The strong performance was driven by the network’s quality line-up of drama teleseryes, including the number one most watched program “Honesto” with an average national TV rating of 28.9%.

ABS-CBN Primetime Bida also ruled in other key territories such as Balance Luzon (areas in Luzon outside Mega Manila) with an average audience share of 51% compared to GMA’s 33%; in Visayas where it recorded 65%, or more than thrice as GMA’s 20%; and in Mindanao with 62% against GMA’s 23%. 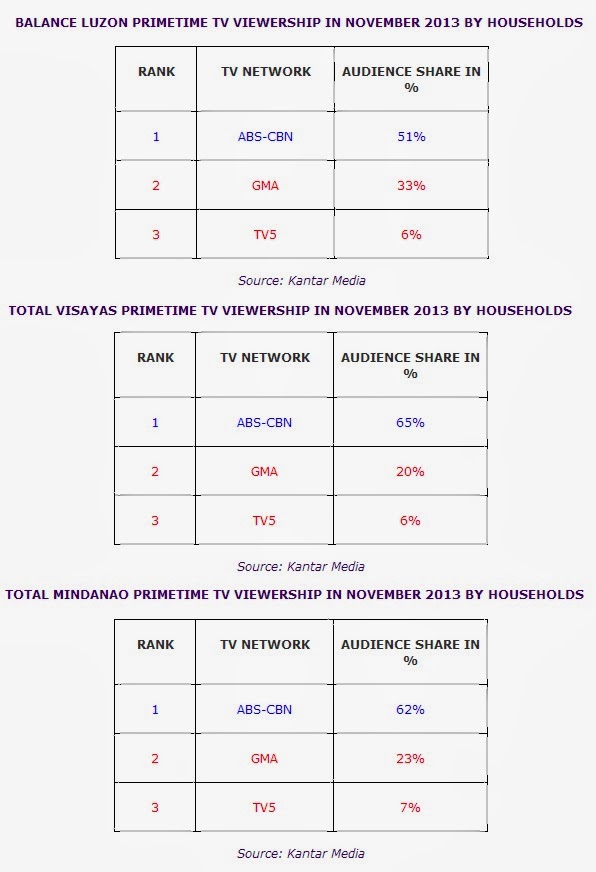 The primetime block is the most important part of the day when most Filipinos watch TV and advertisers put a larger chunk of their investment in to reach more consumers effectively.

Aside from leading in primetime, ABS-CBN also continued to beat other networks across all programming blocks.

The early afternoon (12NN-3PM) block hit 41%, while GMA got 37%. It was driven by the noontime show “It’s Showtime,” which again overtook “Eat Bulaga” in ratings game.

Kantar Media is a leading television (TV) audience measurement provider with capabilities in gathering TV viewing data in both digital and analog platforms. It is a multinational market research group that specializes in audience measurement in more than 80 countries, has 26 TV networks, ad agencies, and pan-regional networks subscribing to its ratings services.

Among these, the following subscribe to both urban and rural TV audience measurement: ABS-CBN, Brand Ideas, MPG Havas, and 720ConsumerConnect.