You’re gonna need all 24 hours of #DCFanDome, the immersive virtual fan experience that’s free for all fans globally to join for 24-hours only on Sunday, August 23 (Manila Time) at DCFanDome.com.

Plan your itinerary before entering the DC Multiverse! Build your schedule, add it to your personal calendar, and even share it with friends to make sure you don’t miss a thing. 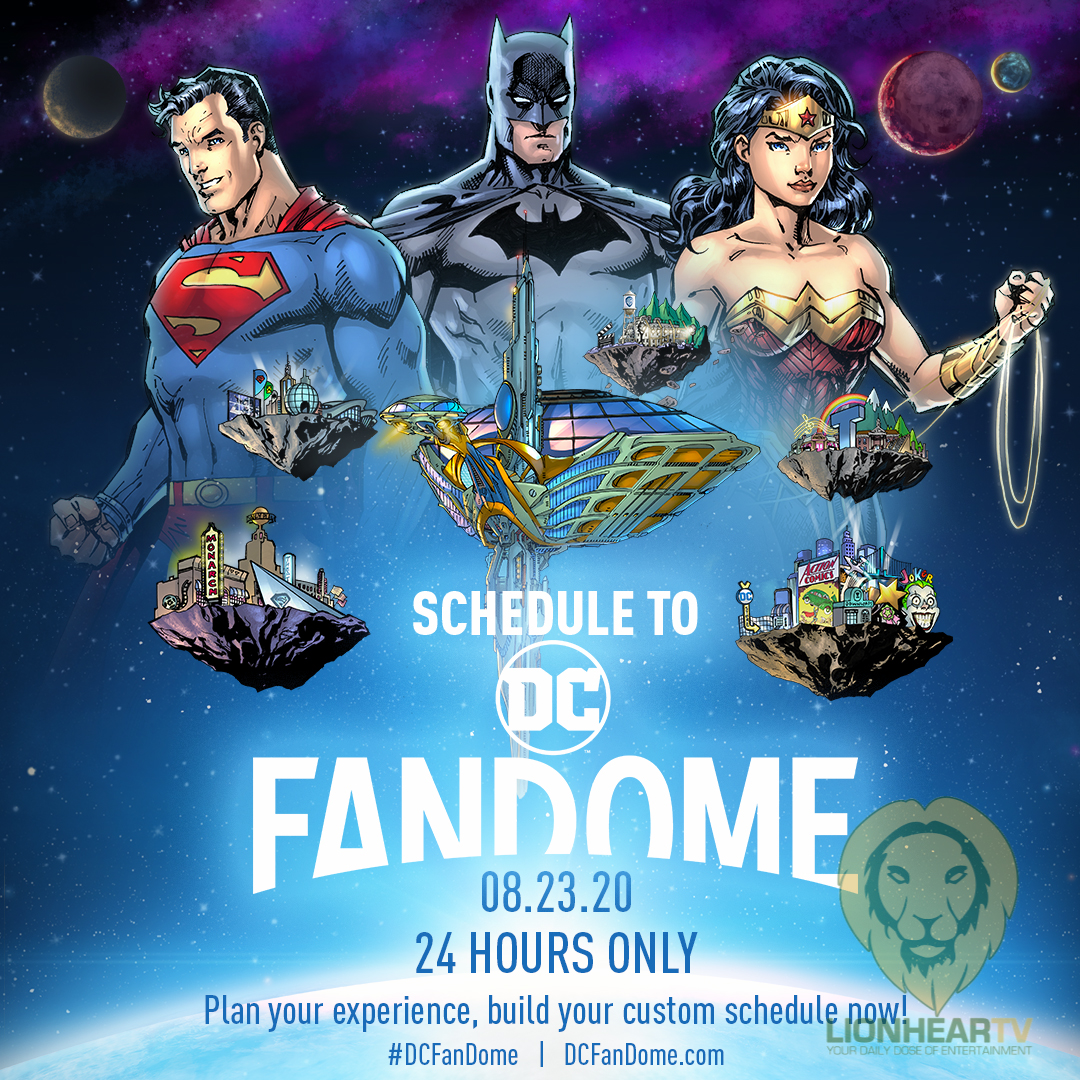 Fans can head over to the official https://schedule.dcfandome.com/ create an account, and browse through all the programming featured. Here’s the step-by-step guide on how to customize your schedule!

Step 3: Click on the + to add events to “Your Schedule”

Step 4: Once you have selected your top events, click on the “My Schedule” top left

Step 7: Go to your social channel, upload the screenshot, and use the link in your social copy driving friends to your custom schedule.

The epicenter of the DC FanDome is the Hall of Heroes, where fans can experience special programming, panels and content reveals from a wide variety of films, TV series and games. From there, navigate deeper into the DC Multiverse, exploring five additional satellite worlds, each with its own localized content and unique activities and one world fully devoted to our younger fans: DC WatchVerse, DC YouVerse, DC KidsVerse, DC InsiderVerse and DC FunVerse.

The Hall of Heroes boasts a packed schedule of live action DC superhero movie panels, focusing on the future of the DCEU. Here are some of the highlights.

Wonder Woman 1984 stars Gal Gadot, Chris Pine, Kristen Wiig and Pedro Pascal, and director/co-writer/producer Patty Jenkins join forces with Brazilian hosts Érico Borgo and Aline Diniz to celebrate the fans in a big way. They will answer questions from fans from all over the world, talk fan art and cosplay, and reveal an all-new sneak peek at the upcoming film — plus a few more surprises!

This 101-style conversation with The Flash filmmakers Andy Muschietti and Barbara Muschietti, star Ezra Miller and screenwriter Christina Hodson will give fans a speedy rundown on the first-ever Flash feature film.

What else would you expect from The Suicide Squad but the ultimate elimination game? First up, writer/director James Gunn takes on fan questions, then brings out Task Force X for a fast-paced, no-holds-barred Squad Showdown that tests every team member’s Squad knowledge — and survival skills!

Zack Snyder fields questions from fans and a few surprise guests as he discusses his eagerly awaited upcoming cut of the 2017 feature film and the movement that made it happen.

Star of the first-ever Black Adam feature film Dwayne Johnson sets the stage for the story and tone of the new movie with a fans-first Q&A…and a few surprises.

Aquaman director James Wan and King Orm himself, Patrick Wilson, take a deep dive into the world of Atlantis that Wan created, revealing their favorite behind-the-scenes moments from the largest DC movie ever!

The Batman filmmaker Matt Reeves joins host and self-professed fangirl Aisha Tyler for a discussion of the upcoming film…with a surprise (or two) for the fans!

Head to DCFandome.com for the complete itinerary, and to make your own custom schedule!