Stand for Truth (SFT) further strengthens its stance as one of the country’s leading online news sources, continuing to record impressive views both on Facebook and YouTube with its compelling and exclusive stories aired weeknights.

Among the top videos that contributed to the high volume of views include Atom Araullo’s “Di Matapos Na Krisis: A Stand for Truth COVID-19 Mid-Year Report,” which raked in 426,000 views.

“Di Matapos Na Krisis” is a consolidated report that aims to show how the government has responded to the crisis from the day the pandemic has been announced up to half of this year. It includes timeline and the Philippines’ parallelism with other countries and reports given by the World Health Organization. 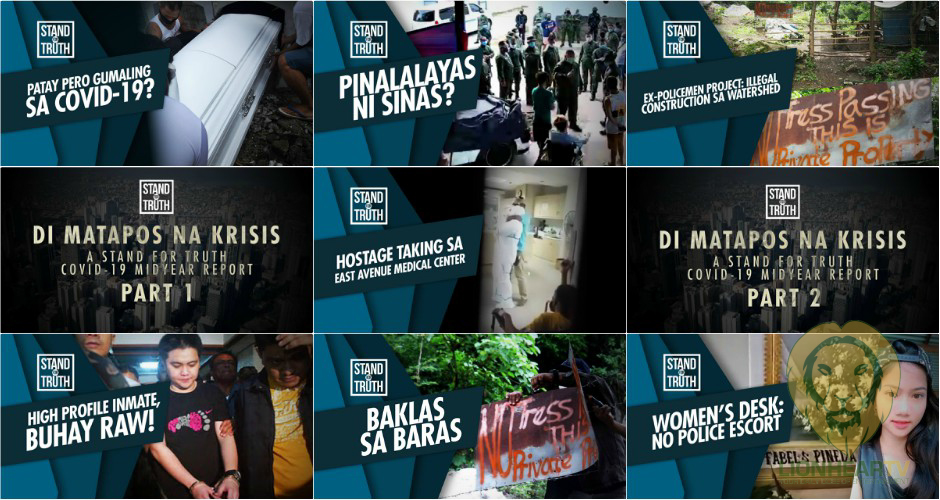 Since its launch last year, SFT has produced stories picked up by mainstream news outlets. Like Waje’s exclusive report, several issues featured in the mobile newscast created public awareness, leading the concerned groups and authorities to take the much-needed actions.

On top of these special features and exclusive reports, some of the most-watched SFT stories on Facebook include Mj Geronimo’s “Women’s Desk: No Police Escort” aired last July 9, which earned 1.8 million views.

Catch Stand for Truth every night at 9 p.m. via its Facebook page, as well as GMA News’ and GMA Public Affairs’ YouTube channels.