Radio and TV presenter Mo Twister took to social media to express his speculations that President Rodrigo Duterte is unwell. 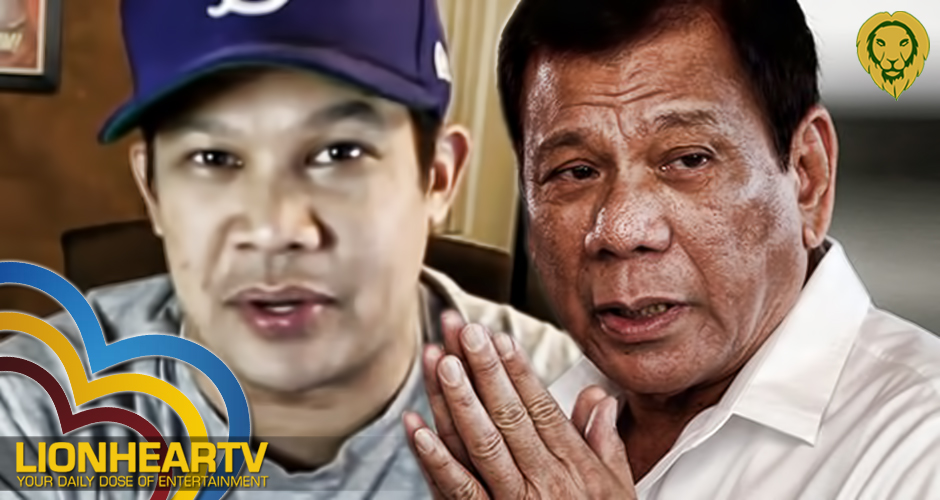 He even mocked that Duterte was washing his face mask with gasoline, pertaining to the earlier statement of the president saying that people can use gasoline to disinfect their masks.

“Where is Digong? He’s sick? Aren’t the people supposed to be informed? Wait, did he wash his mask with gasoline?” Mo wrote.

Mo’s speculations came after Presidential Spokesperson Harry Roque announced that Pres. Duterte is in ‘perpetual isolation’ as a precaution to avoid COVID-19.

Roque made the said announcement after Interior Secretary Eduardo Año said that he has tested positive from the virus for the second time around.

Many people, including Mo, are now speculating that Duterte is in perpetual isolation because they claim that the president has acquired the virus and is hiding it from the public. However, Roque said that Duterte did not have any close contact with the interior secretary.

Roque clarified that the phrase ‘perpetual isolation’ was only a figure of speech so people don’t need to take it seriously.

“The President is in perpetual isolation because no one can come close to him…. Whenever we meet with him, there is a velvet rope that keeps him at least 6 feet away from everyone else. So, no one can really come close to the President,” Roque said.

“He’s in perpetual isolation in the sense that PSG (Presidential Security Group) has done a very good job in making sure that no one really comes close to the President,” he added.

Roque explained that the phrase ‘perpetual isolation’ was used to highlight the efforts of Presidential Security Group (PSG) in ensuring that the president remains safe from the virus that continues to threaten the lives of all people.

There have also been rumors that Duterte went to Singapore from Davao City to seek medical treatment.

But Senator Bong Go refuted the rumors by posting on his Facebook account a photo that shows the president having dinner with his family while holding today’s newspaper.

He said that the president did not go abroad for some medical emergency and is in the Philippines ready to serve the Filipinos.

Tito Sotto also said that Duterte’s critics will be disappointed after seeing the president’s proof of life photo on the internet.

Senator Go also posted a short video clip of him with Pres. Duterte that further proves that the president is in the country and is alive and well.

The senator rebuked the rumors in a brief Facebook live that shows that Duterte is on his way to the IATF meeting.

In a short Facebook Live, Senator Bong Go shows President Duterte on his way to the IATF meeting to belie reports that the latter went to Singapore for the weekend | via @Joseph_Morong pic.twitter.com/JkqBAOdbJy

“Well as you can see clearly, I’ve been in Davao all along,” Duterte said in the video.

“Umiiwas tayo ng COVID. The admonition is to wash your hands, wear a mask, cover your eyes and stay home. That’s what I did. Andito po ako sa Davao. Huwag po kayong maniwala,” the president added.

Sen. Bong Go also added saying that the president is on his way to attend his ‘Talk to the People’ and IATF meeting. He said that people should not believe in fake news because the president is here working for the people.

Mo Twister hosts the radio show Good Times with Mo (GTWM) that is being broadcasted on Magic 89.9 along with his GTWM podcast.