September 2020 – Singapore – It’s difficult to find a duo that has defined Australian music as much as Hermitude. Hermitude’s El Gusto and Luke Dubs have consistently kept evolution and experimentation at the forefront of their craft, paving new directions amongst the electronic, hip-hop and pop spaces.

Known for his 2003 smash “Gotta Get Through This,” Daniel Bedingfield lends his voice and songwriting skills to “Spotlight” bringing a strong pop sensibility to Hermitude’s future-facing production, fusing together a myriad of R&B influenced house and elevated basslines.

“On one of our travels to LA writing Pollyanarchy, we were lucky enough to find ourselves in a room with Dan. He brought so much vibe into the studio that day and his raw talent oozed out of the vocal booth. He got the essence of the song in that first take and then we refined it from there. A truly unique and amazing artist and a session we’ll never forget,” says the duo.

“Spotlight” is the first of four new tracks that will appear on Hermitude’s ‘Pollyanarchy (Deluxe)’, a reissue of their 2019 ‘Pollyanarchy’ album, which will be released on November 13 – exactly one year from the date of its original issue. ‘Pollyanarchy’ emphasizes the duo’s knack for forward-thinking experimentalism. It highlights an evolved and matured take on the sound that pushed them into realms beyond what they’d explored in the past, aided by a list of guest collaborators including BJ the Chicago Kid and Buddy on “OneFourThree,” Vic Mensa who made his mark on “Dusk Till Dawn,” Bibi Bourelly, a co-writer on Rihanna’s “Bitch Better Have My Money”, Electric Fields, and Haiku Hands among others.

Hermitude’s latest album is a reflection on finding clarity in the chaos. ‘Pollyanarchy’ is a record of the time spent to meticulously sculpt, experiment and create a piece of work that skillfully blends a diverse assemblage of features like Vic Mensa, BJ The Chicago Kid, Buddy, Bibi Bourelly, Haiku Hands, Hoodlem, Wes Period, Soaky Sirens, Vory, and Electric Fields. In and amongst the eleven tracks, Hermitude yet again produced a future-facing album of coherence and variety that showcases a wide range of influences, from late-night R&B to deep pitched basslines and trap-inflected hooks. The list of collaborations notes the distance in which their music has taken them, bending genres and bridging the gap between electronic music and hip-hop. ‘Pollyanarchy’ follows Nettwerk Records debut album ‘Dark Night Sweet Light’, which landed at #1 on Australia’s ARIA charts, and Top 10 on Billboard’s electronic charts. Standout track “The Buzz” was prominently featured in the Samsung commercial for their new smartwatch Samsung Gear S2, catapulting the track to 82 million streams on Spotify. Festival appearances include Lollapalooza, Governor’s Ball, SXSW, Lightning In A Bottle, HARD Summer, Life Is Beautiful, Osheaga, Summer Camp and critic support from i-D, SPIN, Vogue, Billboard, YourEDM, Complex, High Snobiety, Hypebeast, Beats 1, Entertainment Weekly, MixMag, DJ Mag, Clash and more. 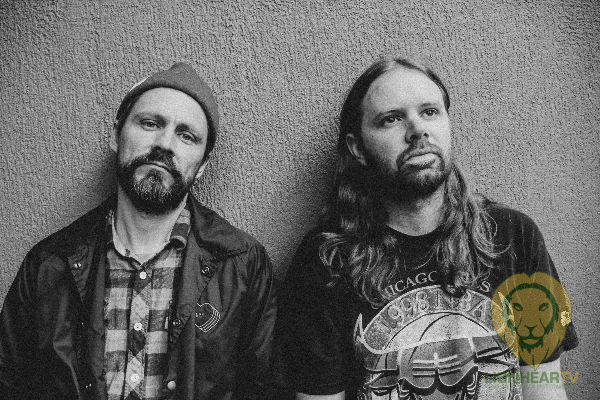