There are now more ways than ever to access ABS-CBN despite the franchise rejection which includes live viewing, on-demand viewing, cable, and recently their comeback on free television. 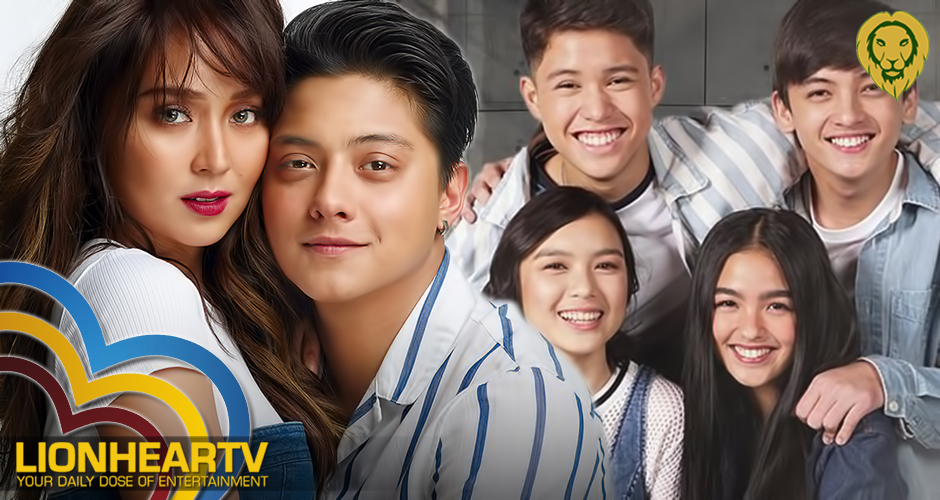 The Kapamilya network has announced back-to-back fresh new programs that most will be top- billed by Kapamilya love teams, KathNiel, SethDrea, KyCine, and other emerging stars of the network.

In fact, at least seven fresh new series are expected to premiere in the coming months that will not just offer entertainment but a quality show that was produced under the ongoing pandemic.

First is Bagong Umaga directed by Rizza G. Ebriega, a new TV barkada series that will encourage viewers and give life lessons with their intertwined stories.

Next in line is the most talked about and awaited series, Star Cinema’s The House Arrest of Us, directed by Richard Arellano. Lead actors Kathryn Bernardo and Daniel Padilla promise both laughs and a bit of drama.

This follows the story of an engaged couple whose warring families are forced to share a home because of the pandemic. Herbert Bautista, Ruffa Gutierrez, Gardo Versoza, and Arlene Muhlach are also part of the show.

According to the director of the series, Raymond Ocampo, the title comes from the popular ’80s tune about love. This series will combine politics and romance, produced by Star Creatives, as it focuses on a congresswoman and her relationships with her aspiring politician-husband and a neighborhood doctor.

Next is La Vida Lena which will be led by Kapamilya actress Erich Gonzales, along with actors Carlo Aquino, JC de Vera, and Kit Thompson.

This was the former series Ang Lihim Ni Ligaya which should have starred YouTube influencer and actress Ivana Alawi.

The 23-year-old YouTube vlogger decided to pull out of the project due to the risk that she doesn’t want to take when the pandemic in the country has not yet been completely eradicated.

Chinita Princess Kim Chiu is set to star in a series inspired by her # BawalLumabas meme, after turning a viral video intended to mock her into a real music success and decent merchandise.

The project was revealed by producer Dreamscape Entertainment via a short teaser that chronicles the achievements of “Bawal Lumabas,” from Chiu’s viral comparison to her own choreography as a chart-topper.

“Ang buhay ay parang isang malaking classroom, where every mistake is a lesson learned,” the teaser said, indicating that its premiere date will happen in December.

Although Oh, Mando director Eduardo Roy Jr. initially did not disclose much detail, his Twitter post showing snippets from the Alex and Kokoy at the Jones Bridge in Manila had already excited fans.

It should be noted that Alex had already told StarStudio.ph about this upcoming iWant project in February. Apparently, due to the improved community quarantine, the series was shot, but its release date has yet to be announced.

And lastly, one of the most waited is the upcoming series of the Gold Squad, Andrea Brillantes, Seth Fedelin, Francine Diaz, and Kyle Echarri, this young stars of Kadenang Ginto will be teaming up again for an upcoming teleserye.

The four will star in Huwag Kang Mangamba by Dreamscape Entertainment, the newest inspiring show by the Kapamilya production group, following classic titles such as May Bukas Pa and 100 Days to Heaven, among others.