Loyalty has always been a big deal with local actors and their fans. Ever since network exclusivity became a practice in local entertainment, any time a big celebrity leaves one network or transfers to another tv station, fans and social media go wild.

We vividly remember when Angel Locsin went to London one day and woke up on another, to see her signing an exclusive contract with ABS-CBN, her previous home network’s closest rival.

Likewise, we were struck with awe when long-time Kapuso, Regine Velasquez-Alcasid made her debut performance in ASAP. 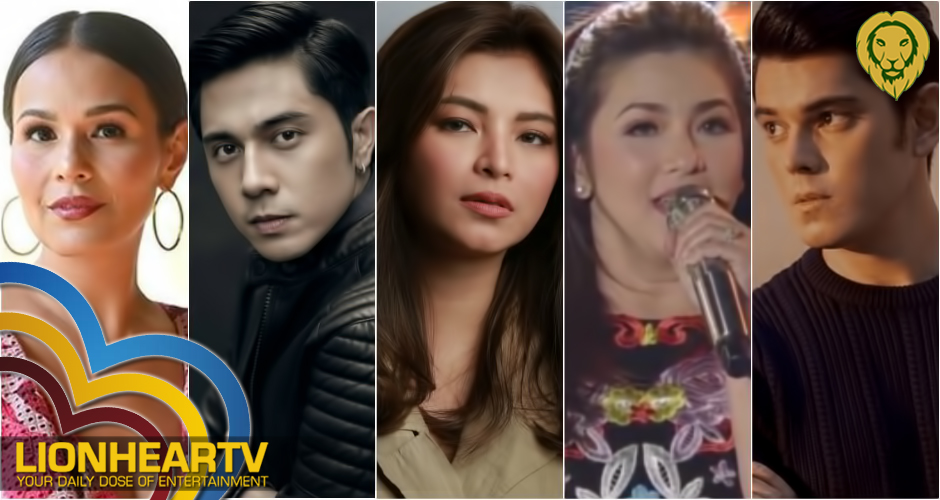 This year, in the wake of ABS-CBN’s losing its legislative franchise, and after the network itself, has given all its contract stars the freedom to go, we watch in silence, holding our breath, as we anticipate the network’s most prized stars leave the embattled tv network.

Now, almost five months after Congress officially denied ABS-CBN of a fresh 25-year franchise, we take note of the biggest Kapuso-turned-Kapamilya Stars who are still with the Kapamilya Network, as it faces a possibly franchise-less 2021.

Avelino moved to ABS-CBN in 2011 after being with GMA Network for five years. His first appearance in a Kapamilya teleserye was as Teddy Ledesma in primetime drama, 100 Days to Heaven, and then served as a support in mega-hit primetime tv series, Walang Hanggan.

His new movie, Fan Girl, is among the movies included in the current Metro Manila Film Festival line-up this year. Avelino has been a Kapamilya for almost 10 years.

Like Paulo Avelino, Arci Muñoz spent her first five years in showbiz as a Kapuso artist, having joined the artista search, StarStruck in 2011. She had a couple of supporting roles in GMA-7 before landing major roles on TV5 when she moved there in 2010.

She then moved to ABS-CBN and starred in her first lead role as a Kapamilya star via pre-primetime soap, Pasion de Amor, which arguably became a launchpad for more starring roles. She, later on, top-billed Magpahanggang Wakas, opposite Jericho Rosales and Since I Found You, opposite Piolo Pascual.

She was part of the ensemble cast of family drama Pamilya Ko, which unfortunately got canceled due to the pandemic. She now plays a major role in the primetime drama series, Walang Hanggang Paalam.

De Vera’s first breakthrough roles are with GMA Network where he stayed for 7 years before he transferred to TV5 in 2010. His most recent network switch happened in 2013, which led him to ABS-CBN. Among his roles as a Kapamilya leading man include, The Legal Wife, Moon of Desire, You’re My Home, The Better Half, Since I Found You, and Pamilya Ko.

He also has a number of film credits as a Kapamilya actor including Halik Sa Hangin, Ang Dalawang Mrs. Reyes, and Once a Princess. His most recent lead teleserye role is as Ethan del Fierro, in Angel Locsin-led, The General’s Daughter. Currently, de Vera stars alongside Erich Gonzales, in iWantTFC series, La Vida Lena.

Angel Locsin was among the most vocal supporters of ABS-CBN at the height of its franchise renewal woes. She has repeatedly pledged loyalty to the Kapamilya network even amidst the scarcity of projects in recent years.

Before moving to ABS-CBN, Locsin was among GMA’s biggest stars, having starred in numerous top-rating primetime series, including the record-breaking Darna tv series, in 2005. Her sudden transfer to ABS-CBN in 2007 was among the biggest news items that year. She first starred in the fantasy-themed teleserye, Lobo, alongside Piolo Pascual in 2008.

She then topbilled hit primetime series, Lobo’s sequel, Imortal, The Legal Wife, and The General’s Daughter. She also had a string of movie hits, including In the Name of Love, One More Try, Unofficially Yours, Four Sisters and A Wedding, and Everything About Her. She now hosts the public service show, ‘Iba Yan.

Toni Gonzaga has been with ABS-CBN for 15 years, but she was previously with GMA Network where she co-hosted the long-running noontime show, Eat Bulaga.

Moving to ABS-CBN has undoubtedly done wonders to her career as it allowed her to venture into television, recording, and film, earning her the title ‘Multimedia Star’. In film, she starred in several box-office hits, including D’Anothers, You are the One, My Amnesia Girl, Four Sisters and A Wedding, and the monster box-office hit, Starting Over Again, which made her box office queen in 2015.

She is mostly known on television as the main presenter of the 15-year-old franchise  Pinoy Big Brother, whose 9th regular season is currently on air.

Like Angel Locsin, Richard Gutierrez was among GMA Network’s biggest stars. Unlike Locsin, who transferred to ABS-CBN in 2007, however, Gutierrez took another 10 years before following his former onscreen partner.

Gutierrez’s first lead role as a Kapamilya was in the Lobo/Imortal spin-off, La Luna Sangre in 2017. He later went on to appear in the Star Cinema films, Fantastica and Un-Breakable, in 2018 and 2019, respectively. He currently appears on the top-rating primetime show, FPJ’s Ang Probinsyano. 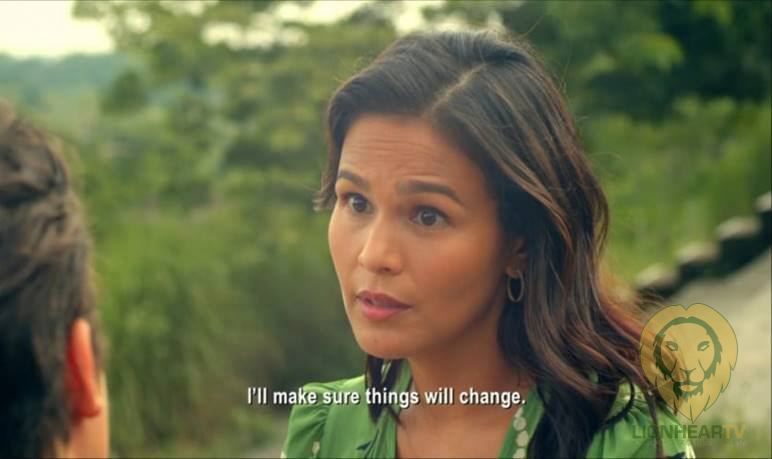 Iza Calzada has been with ABS-CBN for the past 8 years, but she spent more years with GMA Network before moving to her current home network. She starred in various Kapamilya teleseryes including Kahit Puso’y Masugatan, Hawak Kamay, and A Love To Last.

She also hosted the Philippine franchise of the reality show, The Biggest Loser. She is currently starring alongside Jodi Sta. Maria, in the primetime soap, Ang Sa iyo Ay Akin. She maintains an impressive record in film where most of her critical acclaims come from.

Her most commercially-successful film so far is the 2015 Star Cinema hit, Starting Over Again.

Ivana Alawi first started with GMA Network where she became a StarStruck finalist in 2015 but was unable to achieve critical and commercial success until she moved to ABS-CBN in 2018. She has since then appeared in a limited number of Kapamilya shows, among which include FPJ’s Ang Probinsyano and Precious Hearts Romances Presents: Araw Gabi.

Her first lead role was in the 2019 drama-thriller, Mea Culpa: Sino Ang May Sala. Alawi’s recent success has been largely attributed to her strong social media following. She recently affirmed her commitment to ABS-CBN by appearing in the network’s current Christmas Station ID.

Regine Velasquez-Alcasid has been with ABS-CBN for just more than a year, although she has appeared a number of times on the Kapamilya Network while she was still with ABS-CBN.

Her most memorable appearance on an ABS-CBN show when she was still a Kapuso artist is that one MMK episode, where she played a woman with autism; a role that earned her her first Star Awards Best Actress for Television. She also made a couple of either supporting or starring roles in Star Cinema, including Paano Kita Iibigin and Kimmy Dora.

She was on Idol Philippines’ judging panel in 2019, and has been an ASAP Natin To regular presenter since her move.

Karylle moved to ABS-CBN in 2008 and became a regular performer on the musical variety show, ASAP, until 2015. She has been a main host to the 11-year old noontime show, It’s Showtime since 2015.

As an actress, she starred in tv dramas, Nasaan Ka Maruja? And Dahil May Isang Ikaw in 2009, and Magkano Ang Iyong Dangal in 2010.

Anne Curtis’ first lead role as a Kapamilya was the fantasy-drama primetime series, Kampanerang Kuba, in 2005. She previously took on a supporting role in the primetime soap, Hiram, a year earlier, opposite Geoff Eigenmann.

She has been a very successful film star since her transfer, and has made several box-office hits, including No Other Woman ( from which she earned her first Box Office Queen title), When Love Begins, Babe I Love You, Buybust, and Aurora.

Kyla was with GMA Network for 15 years, before moving to ABS-CBN in 2015. She has since then appeared on ASAP, and appeared on various ABS-CBN shows. She currently sits as a member of Tawag ng Tanghalan’s judging panel on It’s Showtime.

Jona’s rise to fame didn’t start with her transfer to ABS-CBN in 2016, but the move arguably catapulted her to greater success. She has since been identified with singing the theme songs of many Kapamilya teleseryes and movies.

She regularly performs on the musical variety show, ASAP Natin ‘To, and sits as an interim panel member in the mystery music show, I Can See Your Voice.

Pressman debuted in acting via ABS-CBN teleserye Gulong ng Palad in 2006, but she spent the next 9 years doing projects with either GMA Network or TV5. She finally became a Kapamilya regular when she joined the Coco Martin-starrer, FPJ’s Ang Probinsyano, in which she played Martin’s main love interest.

Alcasid’s move to ABS-CBN took place earlier than his wife who just transferred to the Kapamilya Network in 2019. Alcasid first took on the role of being one of the head judges of the singing talent search, Tawag Ng Tanghalan. Currently, he plays as one of the main presenters of the long-running Sunday musical variety show, ASAP Natin ;To. He has also been serving as one of the judges of the celebrity reality search, Your Voice Sounds Familiar since 2017.