February 2021 – Singapore – Following its premiere on Clash Magazine last night, Sydney Sprague has revealed the video for her latest single “quitter”. Following the self-sabotage concept we saw in the video for her previous single, “object permanence”, we see a Sydney Vs. Sydney story play out in an eerie carnival setting. 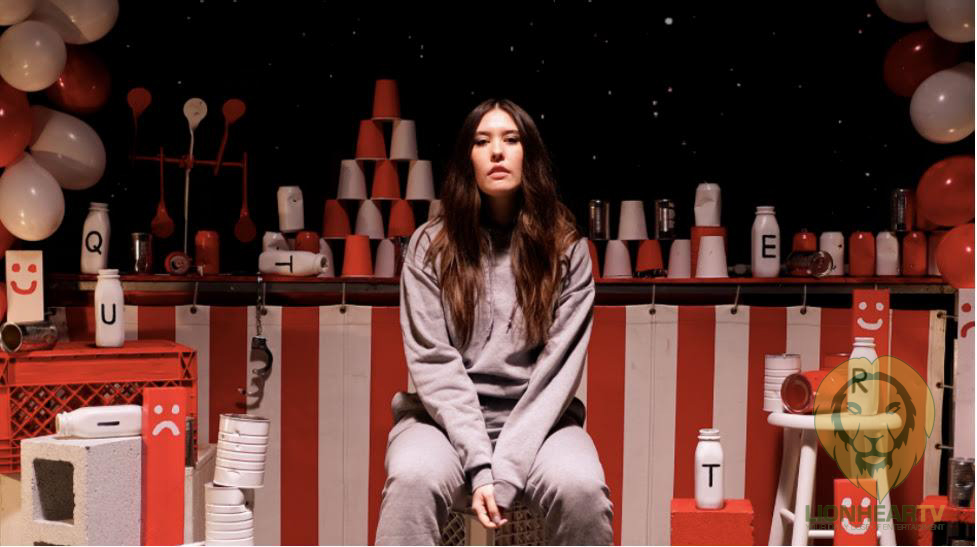 Call it a ‘classic break up song’ if you will. “I started writing it on my way home from band practice one night, which happened to be on the same street as my ex-boyfriend’s house,” says Sydney. “We had just broken up and I didn’t know if I made the right call. Part of me was hoping I would run into him (figuratively, not with my car). Everything in my life was changing, and my instinct was to run back to safety, but I couldn’t forget all of the reasons I left. This song is about having that internal debate, scream-singing along to Phoebe Bridgers out your car window, feeling the hot wind on your face, and letting go of the wheel…metaphorically, of course.”

Taken from Sydney’s upcoming album ‘maybe i will see you at the end of the world’, “quitter” joins previously released singles “object permanence”, “staircase failure”, “steve” and “i refuse to die”. The highly anticipated album is out on 26th February via Rude Records.

Sydney Sprague makes music for the end of the world. With everything seemingly imploding in on itself, there’s one thing we can all try to be: authentic, and that’s the one word that best describes Sydney’s songwriting. There’s a connection felt immediately between Sydney and the listener. She’s able to vocalise everything everyone can’t put into words sometimes, and holds a rhythm that blurs the line between melancholy and elation.

Pre-order ‘maybe i will see you at the end of the world’ here: music.ruderecords.com/miwsyateotw