In celebration of Tunay na Buhay’s 10th anniversary, the GMA Public Affairs program features on Wednesday (February 24) a special showbiz icon who has been part of the Filipinos’ noontime habit and is considered as “everybody’s favorite”: the one and only Vic Sotto. 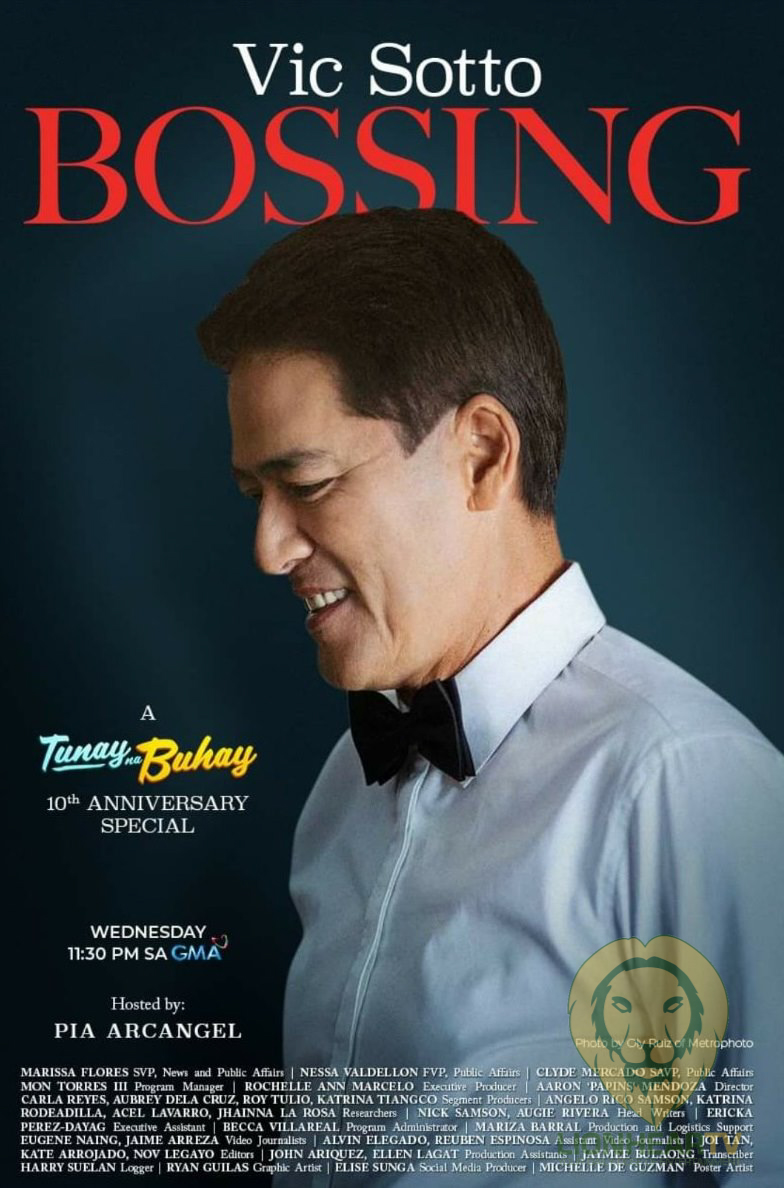 He is known for his roles as Victorio Ungasis in ‘Iskul Bukol’, Enteng Kabisote in ‘Okay Ka, Fairy Ko’, Barak Otogan in ‘Daddy’s Gurl,’ and of course, as Bossing in the country’s longest-running noontime variety show ‘Eat Bulaga.’

For the first time, “Tunay na Buhay” will have a fun chat with the veteran actor and comedian about his personal stories including his childhood memories, how TVJ group started, and his principles as a father.

His wife, Pauleen Luna-Sotto, will also share details about their relationship as a couple, and their bonding moments with their daughter Tali.

Together with host Pia Arcangel, get to know more about Bossing on the 10th anniversary special of “Tunay na Buhay’ this coming Wednesday, 11:30 p.m. after ‘SAKSI’ on GMA Network.