Seems like ABS-CBN is expediting its bid to offer its most ambitious line-up yet, after the tv station went off the air and ultimately lost its franchise in May and July, respectively, last year. 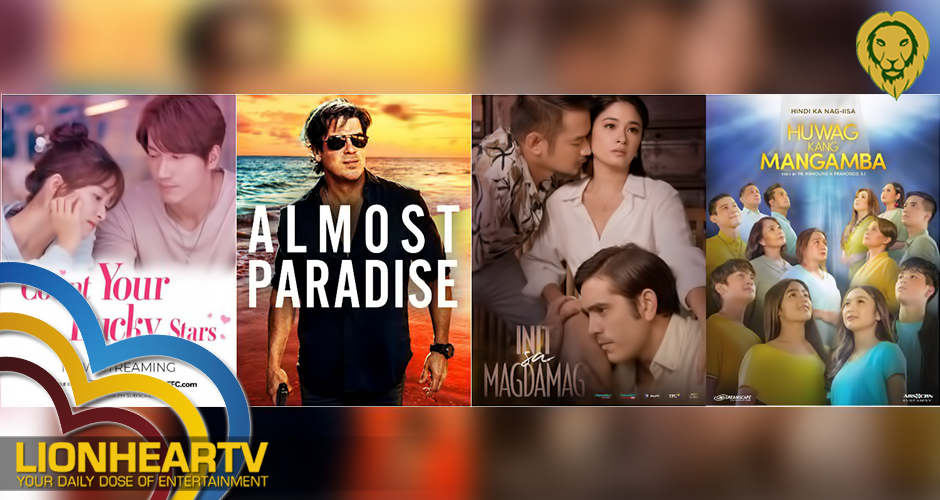 ABS-CBN continues to hurdle the challenges of not having a franchise and its limited free tv reach, with new programs intended to capture audiences across viewing platforms. Currently, most ABS-CBN programs are being carried by Zoe Broadcasting Network Incorporated-owned A2Z Channel 11 on free television, and Kapamilya Channel on cable-TV. And while the rumor that more of its flagship programs will follow ASAP Natin ‘To and FPJ Da King on TV5, with A2Z alone, ABS-CBN can present itself as a strong contender, in a rating game currently lorded by GMA Network.

Fresh from its successful debut on WGN in the US, last year and on the AVOD service, IMDBTV, last month, Almost Paradise, is set to excite weekend primetime audiences with thrilling action and adventure. The series stars The Librarians star, Christian Kane, in a grand production made possible by the collaboration between American content producer, Electric Entertainment, and ABS-CBN.

On March 22, the magical blessings of ‘Bro’ will once again capture Kapamilya audiences, as Huwag Kang Mangamba premieres.

More explosive programs under the Together-As-One campaign are set to make debuts in the following months, the most anticipated of which is the modern television reiteration of Darna, which will have Kapamilya actress, Jane de Leon, donning the iconic red suit.

Aside from A2Z channel 11, expect prime time programs of ABS-CBN from ‘FPJ’s Ang Probinsyano’ up to ‘PBB: Connect’ on TV5 starting March 8.