Join Ayala Museum online on March 13 and March 20 for its first Discovery Lecture of the year: The Changing Face of the Ifugao Bulul with Floy Quintos! 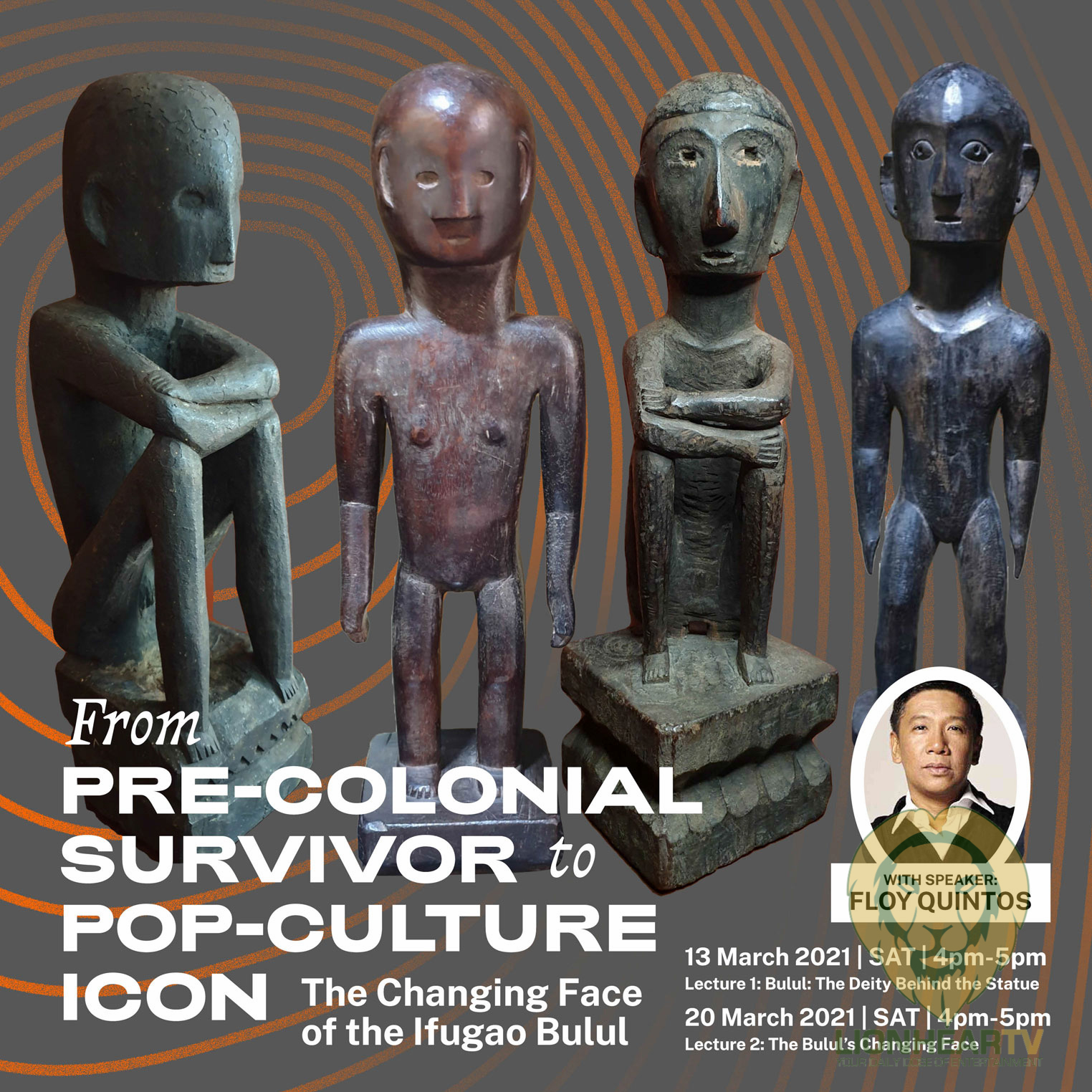 This timely re-examination of the Bulul covers a long journey. From a symbol of an ancient animism that survived the colonization of Luzon to its changing face throughout Ifugao history.

The first part of the lecture happening on March 13 talks about the Deity behind the statue. The lecture will seek to ground the object in Ifugao mythology and oral literature with the use of both archival photos and recent footage. Quintos will examine the myths and processes, the taboos and the chants that accompany both the creation as well as the use of these figures.

In the second lecture on March 20, Quintos will trace the changing face of the object by linking them to specific periods of Ifugao history. From the archaic, pre-contact period to the attempts of Spanish colonizers, to the period of pacification by the Americans to the expansion of local trade and commerce, viewers will see how the Bulul reflected all these important chapters of Ifugao history.

Rather than treat the object type as a static, immutable art piece, this lecture seeks to show the continuum in which an object — and the culture that created it — struggles to survive and evolve.

To take part in this two-part lecture, register through ayalamuseum.org/events or email [email protected]