Social media darling Sachzna Laparan reveals that she has been suffering anxiety and depression for the past three years. 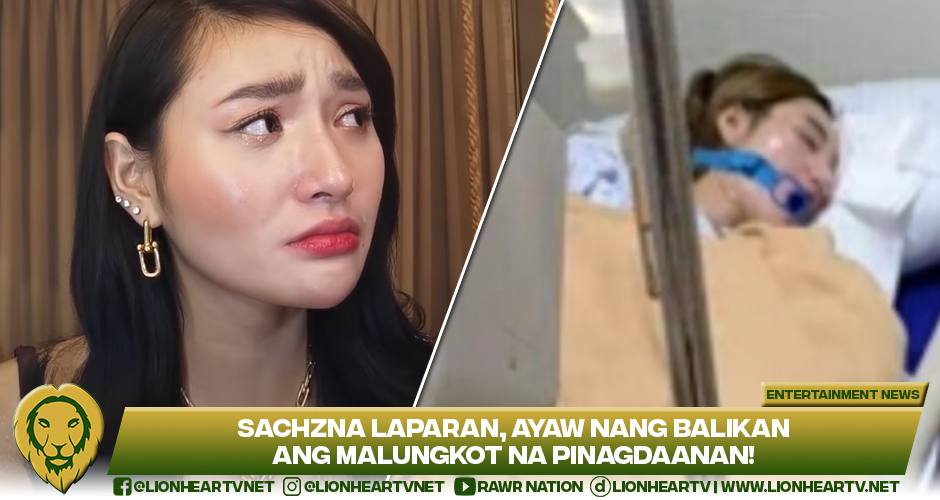 These were Laparan’s words on her April 4 vlog as she shared her story of how these conditions have plagued her life since 2019.

She revealed that every December and special occasions like New Year, Birthday, and Valentine’s Day caused her anxiety the most.

Her mental health had also worsened to the point that she attempted to take her own life.

After that experience, she realized that doing so would only make her seem selfish, given that many people love her, especially her family.

Her anxiety flared up again the following year, in the same month of December, making it difficult for her to breathe and move.

She also mentioned on her vlog that she had already met with three psychiatrists because there were times when she was dissatisfied with the psychiatrist she spoke with, prompting her to seek out another.

She also said that the medications she takes are already potent, to the point she becomes dazed or unaware of her surroundings.

The 22-year-old model later revealed that she is trying to help herself conquer the anxiety and depression that she had been dealing with for years.

During her darkest times, the vlogger drew strength from God and the people who believe in and trust her.

Laparan found the courage not to return and recall what she went through. She then urged those who are going through similar experiences to open their minds, claiming that the minds are the hardest to resist.

She also encouraged everyone to check in with their family and friends and see how they were doing, as anxiety and depression know no age, living status, or career limits.

Sachzna Laparan is a Filipina model, actress, and one of her generation’s most influential social media personalities. She gained prominence through her entertaining vine videos online.

Her father, Jacob Policarpio, is a guitarist while her mother, Christine Laparan Policarpio takes care of the family’s daily needs. She also has a younger sibling named Ryannah Julia Policarpio.

Sachzna began her modeling career when she was fifteen years old. Among her endorsements include Blacksheep (2015) and Sketchers (2016), and A-Plus All Weather Paint’s official “Paint Babe” (2016).

She was named Models of Manila’s “Model of the Year 2016” and one of Malaysia’s “Most Influential Women.”

But more than an influencer, the social media celebrity is now a CEO of her own business, which launches her skincare product, ‘S by Miss Flawless.’