Miss Universe 2012 Olivia Culpo finally gave her reaction to her viral meme which showed her “surprised” face while announcing the winners in the recently concluded 69th edition of the Miss Universe competition. 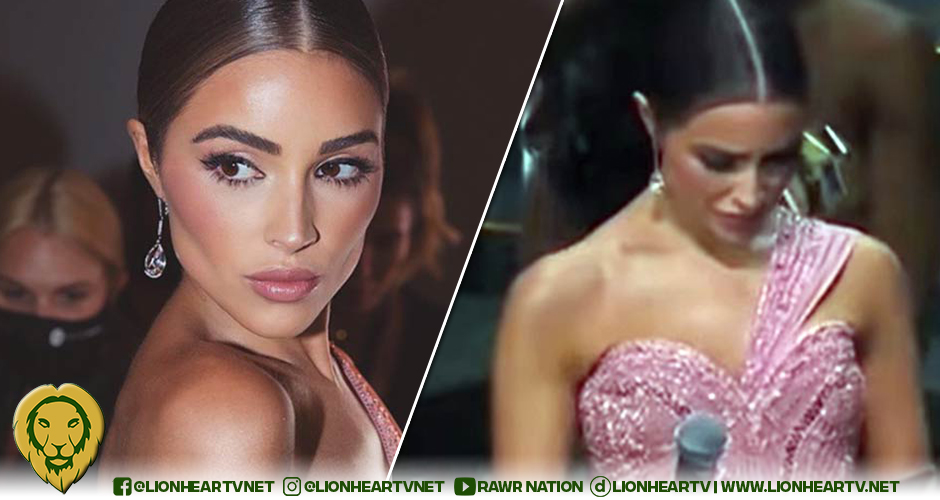 The Miss Universe 2020 coronation night was held on Sunday, May 16 (Monday, May 17 in the Philippines), with Mexico’s Andrea Meza as the newly-crowned queen.

In Culpo’s recent Instagram story, she explained that she only wanted to make sure that she announced the placing of the Top 5 finalists correctly.

“I was sooo terrified of reading the wrong country [crying with tears emoji]” she explained.

Culpo then assured that she was just trying to concentrate on the writings on the announcement card and her viral reaction meant nothing else.

“Apparently I need to work on my reading face and I’m sorry if this was misinterpreted in any way,”

“I swear I’m just concentrating on the words. Every girl was beautiful and most importantly so sweet and kind [heart emoji],” she said. 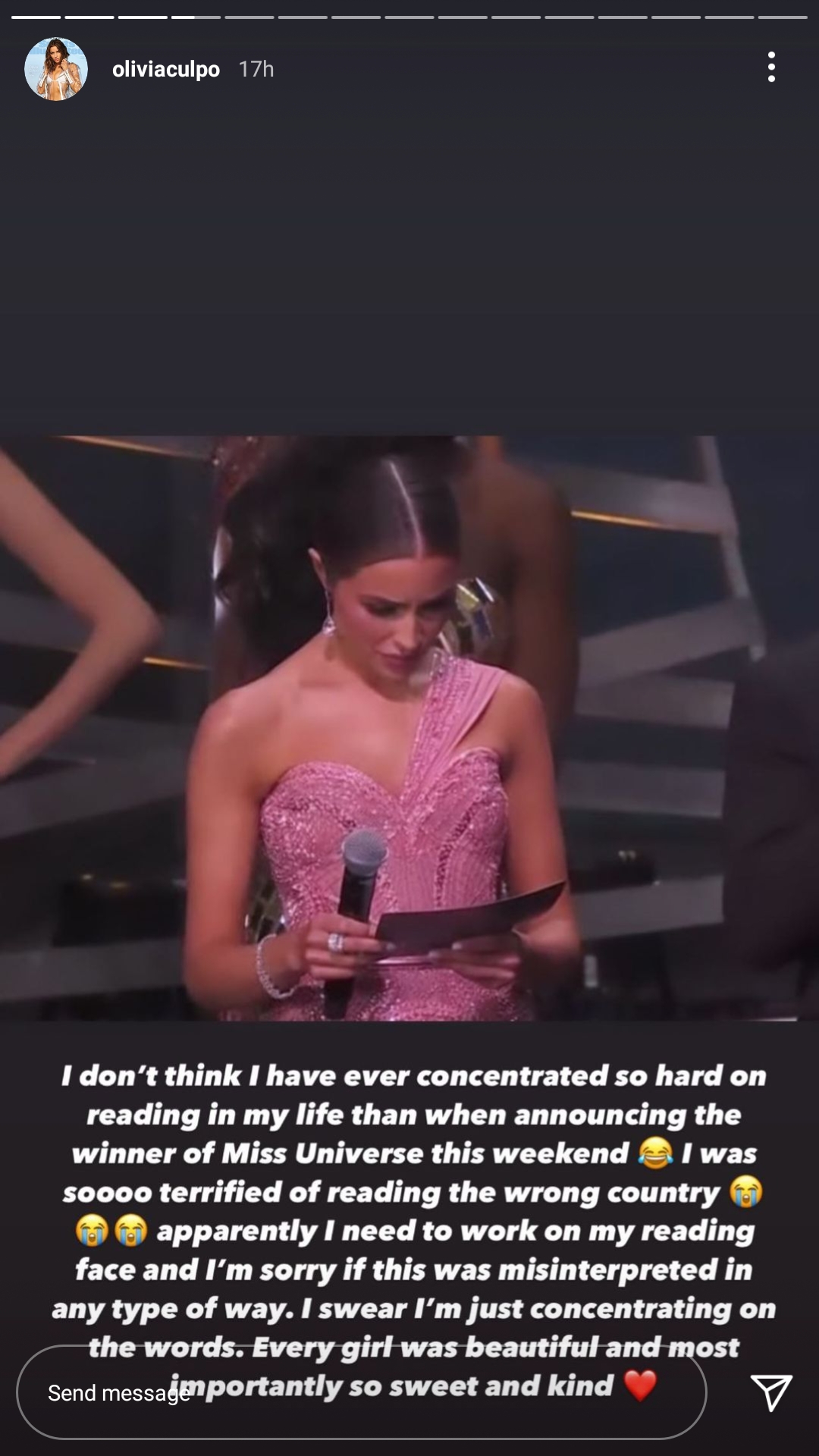 To recall, Culpo’s reaction of disbelief trended as netizens said that they could also relate to her reaction. They, too, are in disbelief over the results of the competition.

People made various memes from her photo and Culpo joined in as well.

Using her photo, she posted on her Instagram story memes like: “Me reading Twitter this morning,” “When they don’t have chicken nuggets on the menu,” and “When you realize it’s not a picture book,” among others.

Some netizens noted that Culpo was such a bore in announcing and reading out the spiels and announcing the winners.