MANILA, Philippines (August 2021) – Viu Philippines, a leading pan-regional over-the-top (OTT) video streaming service and the go-to digital platform for the best of online Asian entertainment, launched 10 new Tagalog-dubbed Korean drama shows. Watching Tagalog-dubbed content on primetime TV has been a part of modern Filipino culture for years and lately, the entertainment industry has seen an increasing demand for K-Dramas as Korean content is consumed more than ever before. Now, with the media landscape continuing its digital shift and the limited access to free TV, Viu offers customers its extensive online library of the latest premium Asian dramas and variety shows including their favorite Tagalog-dubbed K-Dramas. With its quality revoicing, fans can easily relate and feel the emotions of each scene because the sounds are akin to their favorite Korean stars.

“Viu promises to give customers a more enjoyable viewing and listening experience through its exceptional Tagalog-dubbing. Without losing the original Korean appeal, Viu assures fans a deeper appreciation of K-Dramas by using only the best local sounds and voices that are as close to their favorite oppas and unnies. In anticipation of our new releases, we’ve prepared several exciting campaigns that will allow our fans to show their love for K-Dramas in a fun and memorable way and we’re very excited to see what they come up with,” said Ms. Arianne Kader-Cu, Country Manager of Viu Philippines.

New and old K-Drama fans such as Kring Kim, AC Soriano, Kimpoy Feliciano and Macoy Dubs celebrated Viu Philippines’ seasonal lineup through the KKK-Tag Dub Reactions campaign where they showed how kilig becomes K-Kakilig, kaba turns into a K-Kakaba moment, and iyak changes to K-Kaiyak in 6-second reaction videos. AC and Kring gave their K-Kakilig reactions from watching Scarlet Heart and The Beauty Inside, and their K-Kaiyak feelings on When the Weather is Fine and Lie After Lie. Macoy and Kimpoy also showed their K-Kakaba and K-Kakatawa emotions by watching Flower of Evil and Welcome to Waikiki. 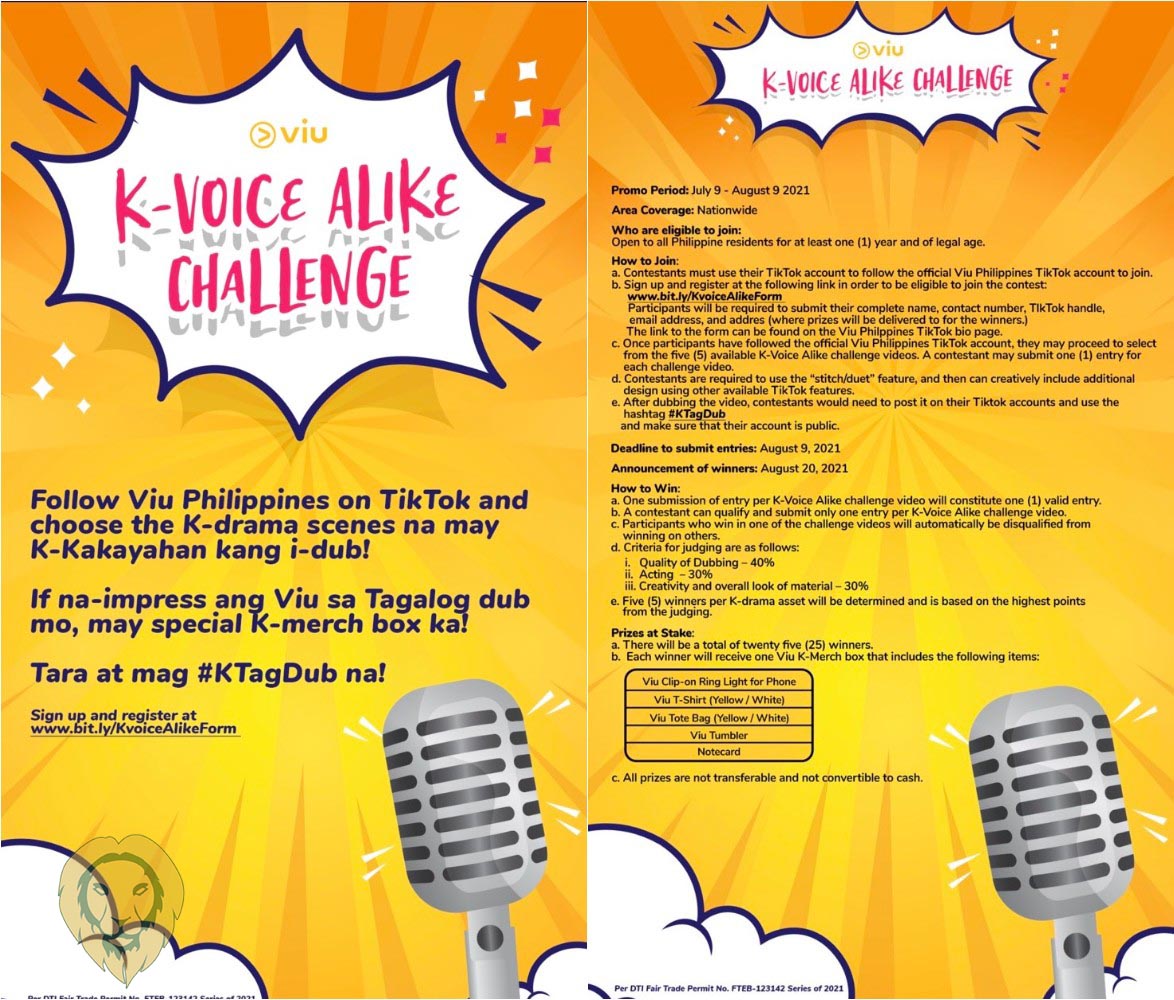 Here’s a rundown of all the new Tagalog-dubbed K-Dramas, across different genres, now available on Viu: 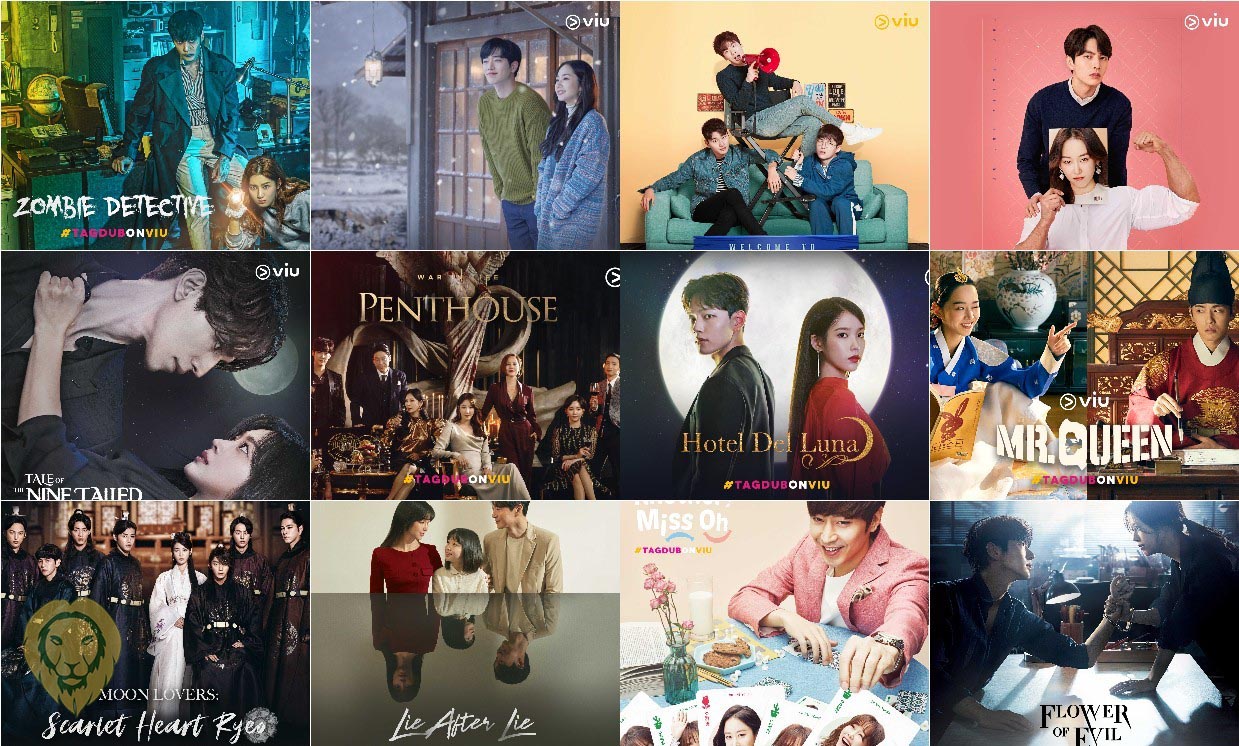 The Beauty Inside is the drama adaptation of the popular movie of the same title. Top-star actress Han Se Gye (Seo Hyun Jin) suffers from a condition where her appearance changes for a week. Being the endorser of an Airline company, CEO Seo Do Jae (Lee Min Ki) ends up helping her and they eventually fall in love while trying to keep their secrets from being exposed.

Another Ms. Oh revolves around plain Oh Hae Young (Seo Hyun Jin) who has always been compared to a prettier Oh Hae Young. Plain Oh Hae Young falls in love with Park Do Kyung (Eric Mun of Shinhwa) who happens to be “pretty” Oh Hae Young’s ex-fiance. What plain Hae Young doesn’t know is that Do Kyung is the reason behind one of the worst things to happen in her life.

My Love from the Star takes us through the life of an alien, Do Min Joon (Kim Soo Hyun) who came to Earth in 1600, and by fate, met young lady Seo Yi Hwa (Kim Hyun Soo). Four centuries later, and while preparing to leave Earth, Min Joon meets and gets entangled in crazy, unpredictable situations with popular actress, Cheon Song Yi (Jun Ji Hyun). Swoon over how their special relationship unfolds.

18 Again tells the story of married couple Jung Da Jung (Kim Ha Neul) and Hong Dae Young’s (Yoon Sang Hyun) lives and relationship turned from sweet to sour. The couple, who had children at the young age of 18, had to push back their dreams — being an anchorwoman and a basketball star — for the sake of their kids. Due to regret, Hong Dae Young wished to go back to his prime years. Miraculously, he then finds his body turning into his 18-year-old self again with all other conditions unchanged, and decides to live as another identity, Ko Woo Young (Lee Do Hyun). What happens when Jung Da Jung sees the striking resemblance between Ko Woo Young and the younger version of her husband?

What’s Wrong With Secretary Kim is about a narcissistic top corporate honcho, Lee Young Joon (Park Seo Joon) and his highly capable secretary, Kim Mi So (Park Min Young). Due to her busy workload, Mi So decided to resign to find her lifelong partner. Watch how Young Joon decides to propose to Secretary Kim in an attempt to stop her from resigning.

True Beauty is about Ju Kyung (Moon Ga Young) who, after being bullied and discriminated against because of being perceived as ugly, masters the art of makeup and transforms herself into one of the loveliest in school. Living in fear of having everybody discover what lies beneath all the makeup, she is drawn to Su Ho (Cha Eun Woo) who, like her, has his own dark secrets. Watch them as they start to rely on each other, navigate through their individual self-discoveries and close the gap between friendship and love.

When the Weather is Fine is a healing love story about a city girl who returns to the province after getting burnt out in Seoul. Back in her hometown, Mok Hae Won (Park Min Young) becomes closer to her neighbor and high school classmate, Im Eun Seob (Seo Kang Joon) who happens to harbor feelings for her since childhood.

Moon Lovers: Scarlet Heart Ryeo is a South Korean melodrama series based on the Chinese novel Bu Bu Jing Xin. During a solar eclipse, Go Ha Jin (IU) was transported back to the Goryeo Dynasty (10th century) during King Taejo’s rule. She found herself stuck in the body of a young woman named Hae Soo and she attracted the attention of King Taejo’s 14 sons, especially the 4th Prince – Wang So (Lee Jun Ki). While Hae Soo learned how to survive in the Goryeo Dynasty, she got involved and entangled in place intrigues over the succession of throne. Will there be a happy ending for Wang So and Hae Soo?

Lie After Lie is a 2020 drama starring Lee Yoo Ri and Yeon Jung Hoon. Ji Eun Su (Lee Yoo Ri), a daughter-in-law from a powerful and rich family, was imprisoned by being accused of murdering her husband. She gives birth to her daughter in prison, but she ends up losing her. After she gets released from prison, she tries to get her daughter back by approaching the man who adopted her daughter, Kang Ji Min (Yeon Jung Hoon). Eun Su pretends to fall in love with Ji Min to become her own daughter’s stepmother.

Welcome to Waikiki follows three friends who started a guesthouse to save up and finance their own movie. However, things don’t go as planned and their business isn’t doing well. The guesthouse is mainly managed by Dong Gu (Kim Jung Hyun), who dreams of becoming a film director. While partners Joon Ki (Lee Yi Kyung) continues to try to break into stardom as an actor but ends up only getting bit roles and Doo Shik (Son Seung Won) tries to help out with their looming debt by taking on odd part-time jobs. Together they run into many unusual and funny events as they try to keep their business afloat and run after their dreams.

Mr. Queen is about a well-known chef, Bong Hwan (Choi Jin Hyuk), who has an almost perfect life in the modern world. Famous for his excellent cooking skills and charming personality, the ladies swoon over him. However, his life took a turn — a really huge turn — when an accident led him to go back in time. Now, trapped in the body of Kim So Yong (Shin Hye Sun), a queen in the Joseon dynasty who has to deal with King Cheoljong (Kim Jung Hyun), the two-faced king full of secrets. What happens when Bong Hwan starts having an identity crisis because of Cheoljong?

Hotel Del Luna is one of top TV series of 2019 starring Lee Ji-eun (IU) as Jang Mang Wol, the hotel owner, and Yeo Jin-goo as Gu Chan Sung, the manager. A story of the fussy owner, hoteliers, and the dead guests will unfold in this hotel

Tale of The Nine Tailed is about Lee Yeon (Lee Dong Wook) who is a nine-tailed fox wandering the Living realm and a woman named Nam Ji-a (Jo-Bo Ah) who can’t remember her past. There seems to be a link between the Nine Tailed Fox and the woman. What could it be?

Flower of Evil is a 2020 suspense melodrama series that revolves around the complexities of love and trust between a married couple. Cha Ji-Won (Moon Chae Won), a detective, is married to Baek Hee-Sung (Lee Joon Gi). Baek Hee-Sung seems like a committed husband and father, but he hides his cruel past and lives under another person’s identity. Cha Ji-Won learns of his deception and chases his past.

The Penthouse of the posh Hera Palace is a place everyone dreams to live in. Watch how parents, fueled by their own greed, grand ambitions and desires for their children, would go to the farthest extent to do anything for them.

Coming from the overwhelming success of the first season and with its powerhouse ensemble, The Penthouse 2 unravels more secrets and acts of revenge, further entangling the relationships of those living at Hera Palace.