The Kapamiya newscast aired its final episode on ABS-CBN, on March 17, 2020, due to the COVID-19 pandemic. 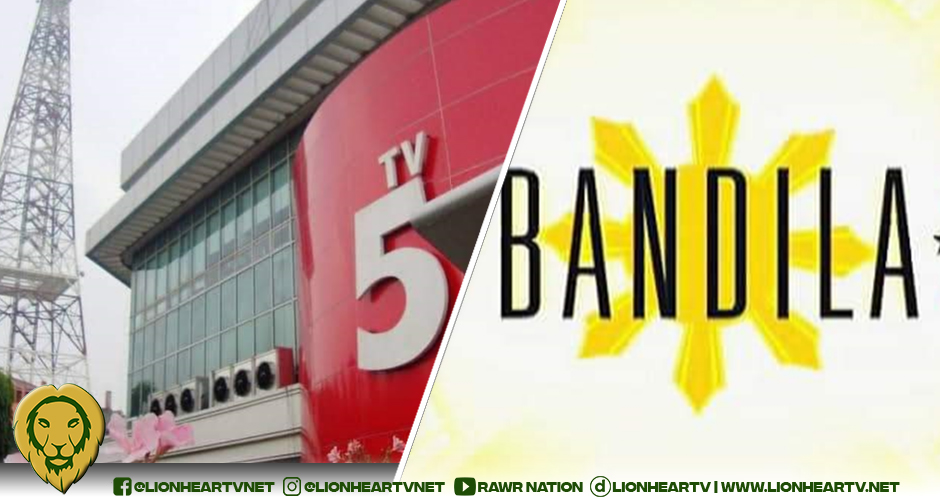 Looks like the rumored expanded partnership between MediaQuest Inc and ABS-CBN won’t only allow the flagship Kapamilya newscast, TV Patrol, to air on TV5. Sources also suggest that if fully materialized, the said 50/50 deal between the Kapamilya and Kapatid networks will also revive the defunct late-night Kapamilya newscast.

Bandila aired on ABS-CBN from July 3, 2006, until its final broadcast in 2020. One of its most striking identities is its original theme song, composed and sung by the Rivermaya frontman, Rico Blanco.

Babao, on the other hand, has been one of the lead presenters of TV5’s flagship newscast, Frontline Pilipinas, which is reportedly transferring to One News, should the TV5-ABS-CBN deal gets sealed. No official confirmation from both camps has been released to address the matter.

Speaking in a Bloomberg interview, Manny V. Pangilinan, Chairman of MediaQuest Holdings Inc, neither gave denial nor confirmation on the reported partnership. What he shared is the good news about the evolving and expanding partnership between the two giant media entities.

“Nothing definitive or final has been reached at this time,” Pangilinan said in a response to the report published by Media Newser last week.

The chairman, however, added that the partnership between his company and ABS-CBN has been evolving and dynamic. It can be recalled that TV5 started airing some of the ABS-CBN-produced shows in January 2021. Today, Kapamilya programs occupy much of TV5’s primetime block.

Reports suggested that TV Patrol may be the newest addition to the roster of Kapamilya shows currently airing on the Network.

What is more fascinating, however, is the possibility of seeing the award-winning late-night newscast, Bandila, again. TV5 notably, also has its late-night edition of Frontline Pilipinas.

Whatever developments to occur in the next few weeks are sure to see a reshuffling of shows on the Kapatid Network’s entire programming.