On June 18th, 2022, Ragnarok X: Next Generation will mark the 1-year Anniversary of its launch, a historic milestone for this beloved MMORPG. To celebrate this momentous occasion, ROX will be collaborating with the world-famous manga series Attack on Titan, where there will be plenty of exclusive prizes, accessories, and even an event-dedicated game mode on offer. Come be a part of the festivities! 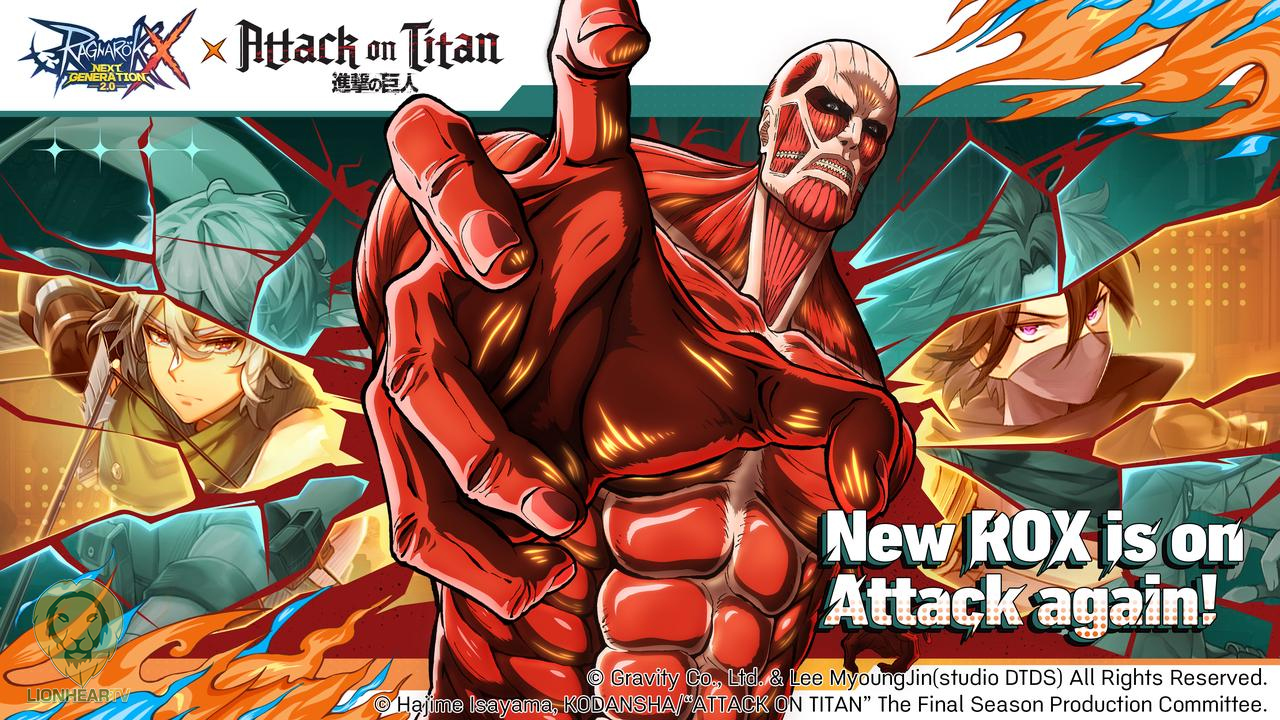 Once players’ Base Level ≥20, they will unlock a limited-time「War of Freedom」game mode, which will put two groups of players into roles of the Survey Corps and the Titans, respectively. The Titan Camp will take on the roles of Colossal Titan, Armored Titan, and Beast Titan, while the Survey Corps Camp will take on the role of 5 humans. Using the weapons, strategy, and the abilities available to them, each side must fight to be the last ones standing, with the winning team receiving amazing rewards!

As always with these collaboration events, players can also expect to see special collaboration accessories in the form of costumes, mounts, and pets. For costumes, players can take on the role of the prodigious Captain Levi with the「Levi Cleaning Face Covering」 and「Levi Cleaning Bandana」based on the character’s iconic appearance, as well as the「 Training Corps Uniform」 「Survey Corps Uniform」and「3D Maneuver Gear」.
Adventurers can ride into battle atop the「Cart Titan」, or summon the「Colossal Titan」 pet to tag along next to your adventurer, or even give a helping hand in battle! 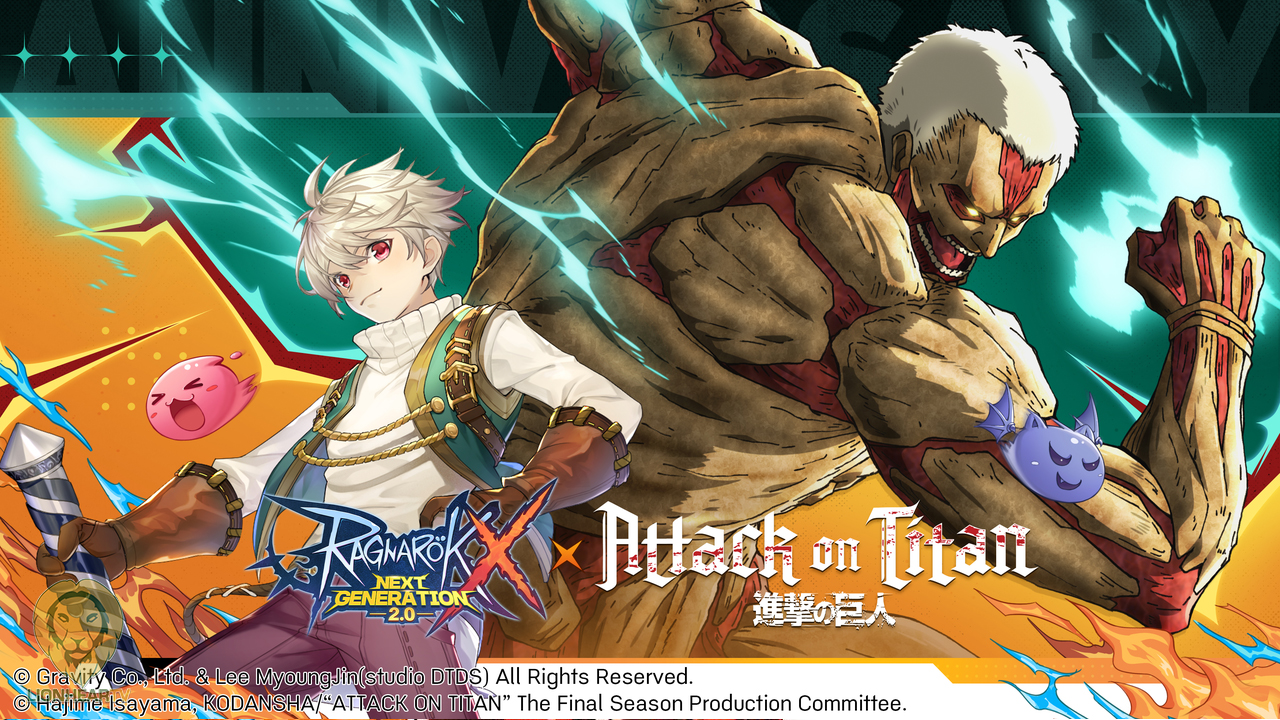 Last but not least, express your respect and appreciation for your fellow adventurers with the iconic「Sacrifice Heart」emote from Attack on Titan.「Sacrifice Heart」is a new social action – act it out with pride! Gather your friends in your finest Survey Corps cosplay for a photo at Prontera’s fountain and make this an unforgettable memory for all!

Visit the Anniversary Pre-Registration Page for a look at the event’s PV and Poster, along with plenty of in-depth information regarding the collaboration.

In addition to the exciting new collaboration event, the 1-year Anniversary update also welcomes the arrival of two new 2nd Classes, Monk and Crusader. Players can visit the Anniversary Pre-Registration Page today to apply for these second classes, with a Tome of Travers awarded to those who complete the corresponding pre-registration milestone.

A variant branch of the Swordsman class line, the Crusader is the embodiment of the sword and shield, charging into battle with powerful skills while protecting their teammates with holy magic. The Crusader can also be promoted into Paladin and lastly, the Imperial Guard.

Acolytes who wish to walk a more ‘aggressive’ path, the Monk is a master of both melee and ranged combat, equally capable of splitting the battlefield apart, breaking armies by delivering a single deadly blow against the strongest of the opponents. The Monk can also be promoted into Champion, and lastly, the Shura.

Multi-Class: Also accompanying the two new 2nd Classes is the Multi-Class function, allowing players to change between various classes instantly while retaining base level and job level from their original Class.

Pre-Register for the Event for a Chance to Win a HUAWEI Mobile Phone!

Between June 3rd and June 20th, 2022, players can visit the Anniversary Pre-Registration Page, where all ROX players old and new can register for the upcoming event to receive a celebratory “Poring’s Party Hat” – making it so that their in-game characters can join in the party as well! Registering will also allow them to stand a chance to win plenty of amazing prizes including a brand-new HUAWEI nova 9 or HUAWEI MatePad 10.4!

Additionally, the Pre-Registration Page also features a hidden Easter Egg that will reward all who find it with high-value Gift Packs in the game. A little hint: The adorable Kafra maids may or may not have something to do with this