On Saturday, August 13, American rapper Tyler, the Creator, went to Twitter looking for a certain contestant on the Kapamilya noontime show It’s Showtime. 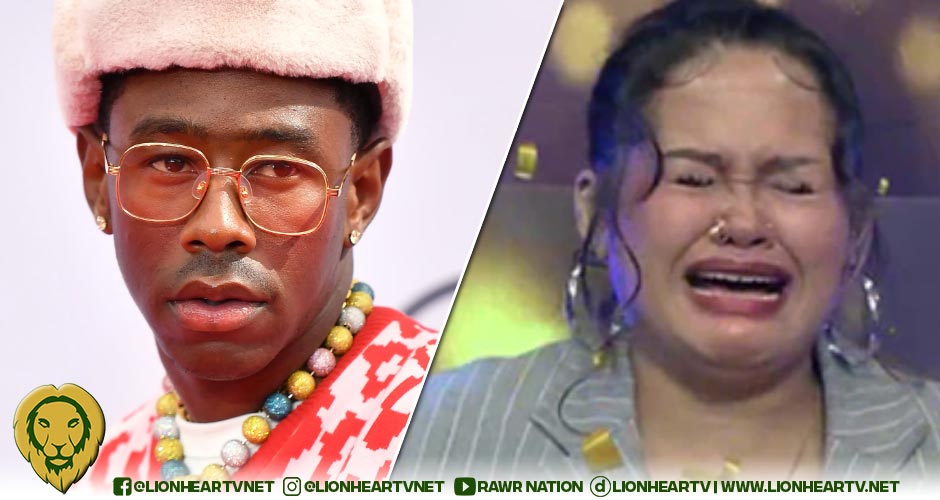 Tyler tweeted, “Yo [I’m] looking for a video: girl on stage crying then outta nowhere she makes a funny face then goes back to crying.”

yo im looking for a video: girl on stage crying then outta nowhere she makes a funny face then goes back to crying

A netizen sent the contestant clip, which earned the rapper a “thank you”.

That certain singer was Querubin Llavore, who has been trending on the internet after a snippet from the show’s February 12 episode went viral.

It all began after her performance of Rivermaya’s 241 when the singer could not contain her emotions as she advanced to the next round. But a quick snap from the camera made Llavore “wacky”, sticking her tongue out.

Since she became popular with her quick flashes of different emotions, the singer had to make it a trademark every time she gave a slaying performance.

Llavore has already won 4 times and will advance to the quarterfinals of Tawag ng Tanghalan.

Meanwhile, the international artist who is looking for her is none other than Tyler Gregory Okonma, or known as Tyler, the Creator. He is an American rapper and record producer who has won two Grammy Awards, three BET Hip Hop Awards, a BRIT Award, and an MTV Video Music Award.