The event, titled Her Story, Her Way: “Love, LIZZO”, will happen on November 25, 3 PM at the Empty Stomach Cafe and Lounge Bar in BGC. Attendees can expect not only appearances from the iconic Drag Race PH queens, but also special performances! Precious Paula Nicole, Brigiding, Viñas Deluxe, and Turing will all be there, and the event will be hosted by Buknoy Gonzales. 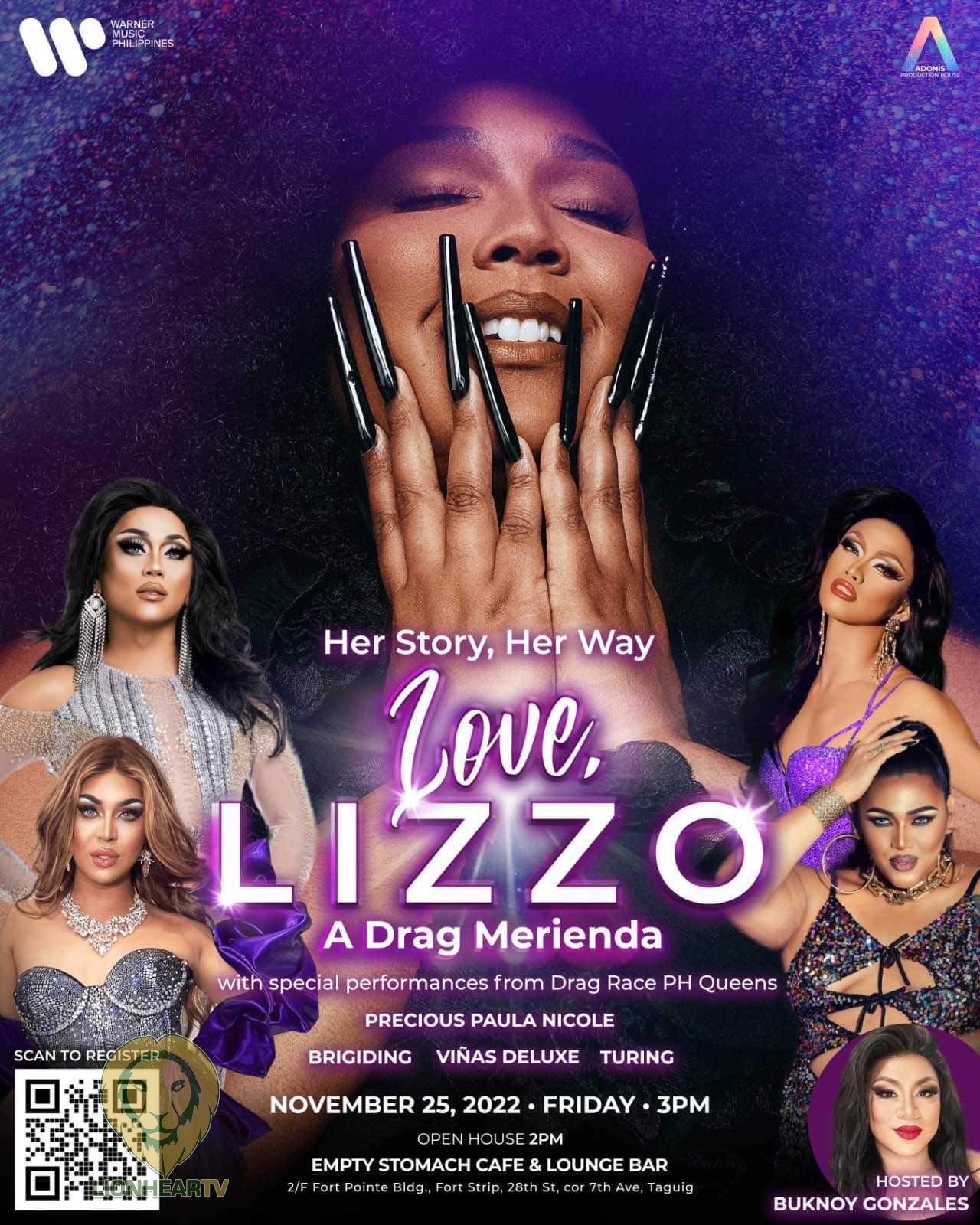 Lizzo is recognized not only as an R&B superstar, but also as an LGBTQIA+ ally. In fact, she has been very vocal about always wanting her shows to be safe spaces for everyone. She has also invited several RuPaul’s Drag Race queens to be part of her music video for “Juice,” and was even a guest judge on the show.

Based on the trailer of “Love, LIZZO”, there’s a lot that viewers can expect – from home videos of Lizzo’s childhood to behind-the-scenes footage of her sold out performances. “No matter what part of my story you come in at, I’m always chasing the music,” she shared.

This three-time GRAMMY® Award-winning singer and songwriter just recently concluded her biggest North American headline tour to date for her album “Special.” Fans were able to sing and groove to global hits like “2 B Loved (Am I Ready)”, and the uplifting title track “Special,” with both songs touching on self-love and self-empowerment.

Her tour has been critically acclaimed, with Forbes noting Lizzo’s “impressive vocal range throughout the show, incorporating elements of soul, rap, pop, and more.” Additionally, The Tennessean highlights Lizzo’s starpower and commanding presence, highlighting how she’s “a tireless, committed, and present performer.”

Couple her no-skip album with her effervescence, and it comes as no surprise that Lizzo has received six nominations for the 2023 GRAMMYs, including Album of the Year and Song of the Year.

If you’re looking for something a little more in line with the season, the singer has also recorded a cover of Stevie Wonder’s “Someday At Christmas” for Amazon Music. “I chose to cover ‘Someday at Christmas’ not just because it’s a classic, but because it’s a reminder to us that almost 60 years later, we are still fighting for peace, compassion, and equality,” shared Lizzo in a statement. “A friendly reminder to spread love and kindness this holiday season.”

From championing body positivity and self-love and creating one hit after the other, Lizzo has proven over the years that she can do it all. More importantly, she does so while inspiring millions of people to move with more kindness for one another.

Listen to Lizzo’s dance-inducing hits on this playlist!