Cockfighting is popular among the rich and the poor because it is not only a hobby and an enjoyable game of luck, but is also an alternative means to earn money.

Tomorrow (Feb 21) in “Patrol ng Pilipino,” Chiara Zambrano explores the realm of cockfighting – from the production of winning breeds, to the frenzied fights in large arenas and small ‘tupadas,’ and the animal rights groups that condemn the sport for its shed of blood.

Get to know the roles of the ‘kristo,’ ‘sintensyador,’ and ‘sultador’ and get a glimpse of what happens before a fight straight from an insider, Juancho Aguirre, one of the pioneers of cockfighting in the country.

Aside from that, Jing Castaneda will also report the latest updates on the impeachment trial of Chief Justice Corona and the showdown among the prosecution, defense, and even the senator-judges. 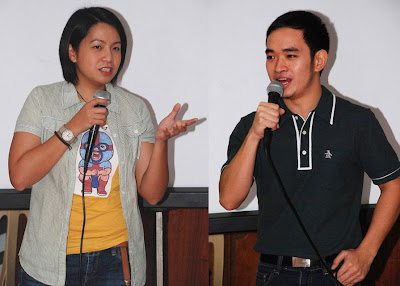 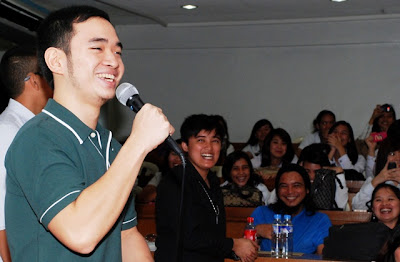 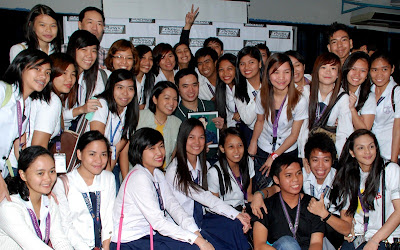 Ryan’s documentary “Behind the Scenes of the CJ Corona Impeachment Trial” gave students an inside look into how reporters gather their stories and deliver the news on TV. According to Ryan, the impeachment trial is expected to run for a few more months and the biggest challenge for them who cover it is to sustain the interest of viewers.

Chiara, on the other hand, imparted that “Patrol ng Pilipino” fulfilled her longtime dream to go to Spratlys and produce a story on the disputed islands. Her award-winning “Kanino ang Spratlys?” documentary, which tackled the dispute of countries asserting their claims on the Spratly Islands, won the Best Documentary Program award for “Patrol ng Pilipino” at the 2012 UPLB Gandingan Awards.

“It’s an elusive story. It’s not everyday that anybody can get there and there’s still a possibility that the islands will not be ours. It was a thrill and an honor for me,” said Chiara.

Know the stories behind the news tomorrow (Feb 21) in “Patrol ng Pilipino” after “Bandila on ABS-CBN, or watch it earlier on DZMM TeleRadyo (SkyCable channel 26), 9:15 PM.