Menu
Search
Get your heart racing this weekend with Cesar Montano’s first indie film “Biktima,” staring Angel Aquino and Mercedes Cabral this Sunday (April 21) at 8 pm on Cinema One. 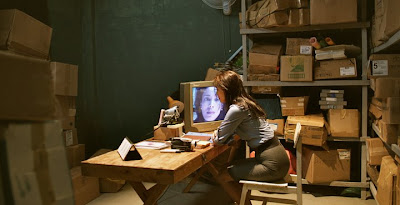 Shown in 2012, the thrilling drama tells the story of a life accidentally forgotten. After a rebel ambush during an on-site reporting, newscaster Alice dela Cruz (Aquino) is believed to have been killed in the rampage.

With the passing of this devastating event, her husband Mark (Montano) chooses to move on from what had taken place, and finds himself in love with Sandra (Cabral). However, six months later, she is found to have survived, but with a case of partial amnesia—remembering everything only up to the point of the said crisis.

The conflict arises with this discovery, and despite everything, Mark still decides to continue his relationship with Sandra and hides their love affair from Alice. This goes on until Alice begins to remember what had really happened to her.

The traumatic experience unfolds and leads to Alice’s becoming a different, more violent version of herself, especially when the truth is finally fully exposed as she discovers her husband’s affair with another woman.

Watch out for the action as it plays out this Sunday (April 21) at 8:00p.m., only on the Philippines’ number one cable channel, Cinema One. Follow Cinema One channel @cinema_one on Twitter and ‘like’ it on Facebook at www.facebook.com/Cinema1channel.