Menu
Search
ABS-CBN inspires Filipinos to lead a life of honesty and sincerity via its newest and timely drama series “Honesto” that will premiere this Monday (October 28).

“Honesto” revolves around the story of a young boy named Honesto (Raikko Mateo), the son of Diego (Paulo Avelino), and Fina (Maricar Reyes). Just like the extraordinary trait of his mother’s family, Honesto grew up having an allergy that causes his nose to swell whenever he tells a lie. 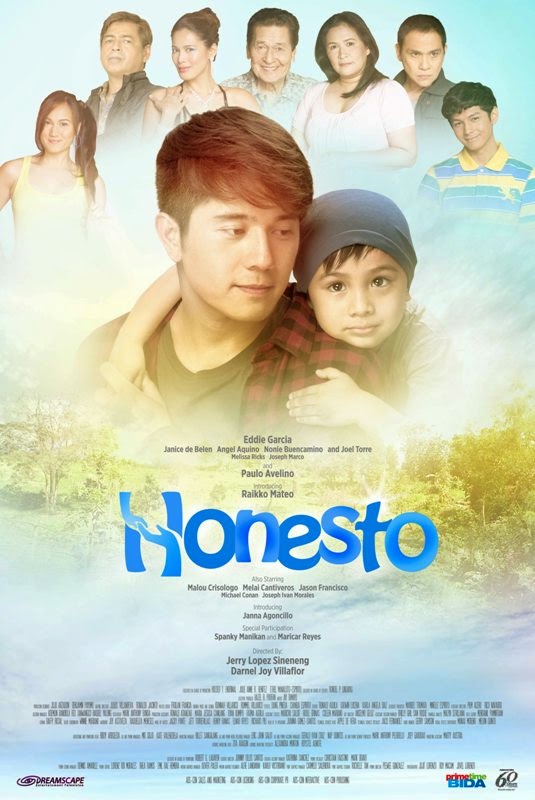 How will the truth separate and reunite the families and hearts that were broken because of many lies? Will purity and kindness be enough to erase all the selfishness in the world?

“Honesto” is under the direction of Jerry Lopez Sineneng and Darnel Joy Villaflor. It is the newest masterpiece of Dreamscape, the group that created hit inspirational drama series such as “May Bukas Pa” and “100 Days to Heaven,” the phenomenal teleserye “Walang Hanggan,” and the superhero series “Juan dela Cruz” which is already nearing its finale.

The campaign for honesty has taken off on social media with people taking their self-portrait photos while posing like Honesto and posting them on the Facebook fan page Facebook.com/Honesto.TV.  Viewers can support the call by participating in the ongoing campaign.

Don’t miss the premiere of the inspiring and honest story of “Honesto” on Monday, after “TV Patrol” on ABS-CBN Primetime Bida.