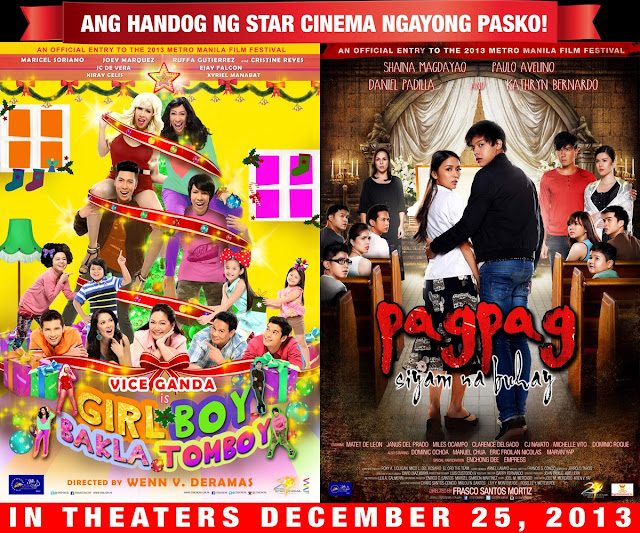 Directed by Frasco Mortiz and written by Joel Mercado, Pagpag is inspired by the ancient Filipino folklore that is anchored on the superstitious belief that one should not go directly home after visiting a wake at the risk of bringing home evil spirits.

The film’s subtitle, Siyam Na Buhay represents 9 of the most popular and prevalent Filipino superstitious beliefs that are associated with deaths and funerals and are observed and practiced to this very day by most Filipinos. It is said and widely believed that once broken, sinister deaths representing each of the 9 beliefs shall await anyone who violates and disrespects these ancient practices.

In Pagpag, terrifying horrors are unleashed as Cedric (Daniel Padilla) and his friends accidentally visit a funeral that is set up by Leni (Kathryn Bernardo). Every member of the group unwittingly breaks one superstitious belief after the other including the dreaded pagpag as each of them went directly home after the funeral. Unbeknownst to Cedric and Leni, they brought home a malevolent and vengeful spirit. The uncontrollable rage of the evil spirit soon claims the lives of Cedric’s friends and Leni’s families.

Girl, Boy, Bakla, Tomboy on the other hand, is a laugh-a-minute family movie that reunites the unkaboggable tandem of Phenomenal Box-Office Superstar Vice Ganda and box-office director Wenn V. Deramas.

A co-production with Viva Films, Girl, Boy, Bakla, Tomboy evolves around the story of quadruplets who were separated from each other when they were babies. Two of the siblings, Team Girl-Boy, flew to the States with their father while the other two, Team Bakla-Tomboy, were left behind under the care of their mother.

Conflict begins when the siblings based in the States discover that the boy is afflicted with a liver disease and must undergo a transplant. The US-based siblings soon discover that they have two other siblings in the Philippines whose liver could be a match to the boy’s. The situation forces them to come home and reconnect with their siblings and mother.

For the very first time Team Girl-Boy and Team Bakla-Tomboy meet face to face ushering a series of riotous and hilarious events that may or may not unite their broken families together.

Girl, Boy, Bakla, Tomboy is the biggest, most-anticipated, and most heartwarming family movie of the year as Vice Ganda offers four times the fun and excitement this Christmas.