The increasing demand for Pinoy BL dramas prompted producers to create more entries to the genre, but is the now overwhelming supply too much for its limited demand?

It is really not that difficult to guess why in spite of restrictions imposed by the ongoing pandemic to content makers, Pinoy BLs or Boy Love Dramas are practically the only fresh contents we see these days.

Filipino viewers are craving not just something to kill their time but for something more interesting and different than the usual. Increasing demand has been steadily applying pressure to producers to create more entries to the now exploding Boy Love genre.

Perhaps, it is important to note, that even this format started and conquered Thailand, six years ago, its phenomenal appeal to Pinoy viewers only came with the arrival of 2Gether, one of many BL dramas that Thai content-producer, GMMTV, made available on the popular video sharing platform, YouTube.

Its free and immediate accessibility has drawn the audience to hop on the bandwagon of BL lovers, and inevitably caught the attention of local producers, who then turned the developing craze to their advantage. Since then, Pinoy BL series have been premiering online, one after another, and producers have made them completely free on YouTube.

Some of these series started to film even before pandemic restrictions prompted production outfits to make harsh but necessary adjustments in their filming strategies and schedules. Those that begun filming when stricter production measures were already enforced have tougher limitations to defeat, as the stories they want to depict can not go beyond what this pandemic can only allow. Most of these series are also made to reflect our current situation, so settings of their plots are also confined within just house interiors or small neighborhoods.

Now, this appeal may not be totally surprising to see in the the third sex, but if you look closely at the current demographic of the followers of this genre, you will be surprised to learn its massive charm to female viewers. One may only suggest that aside from the fact that more audiences are now stuck at home, the overflowing supply of BL dramas in the market has made them more than just accessible, but also inescapable － like you have no choice but to check them out because others are mostly just the things you’ve already seen. 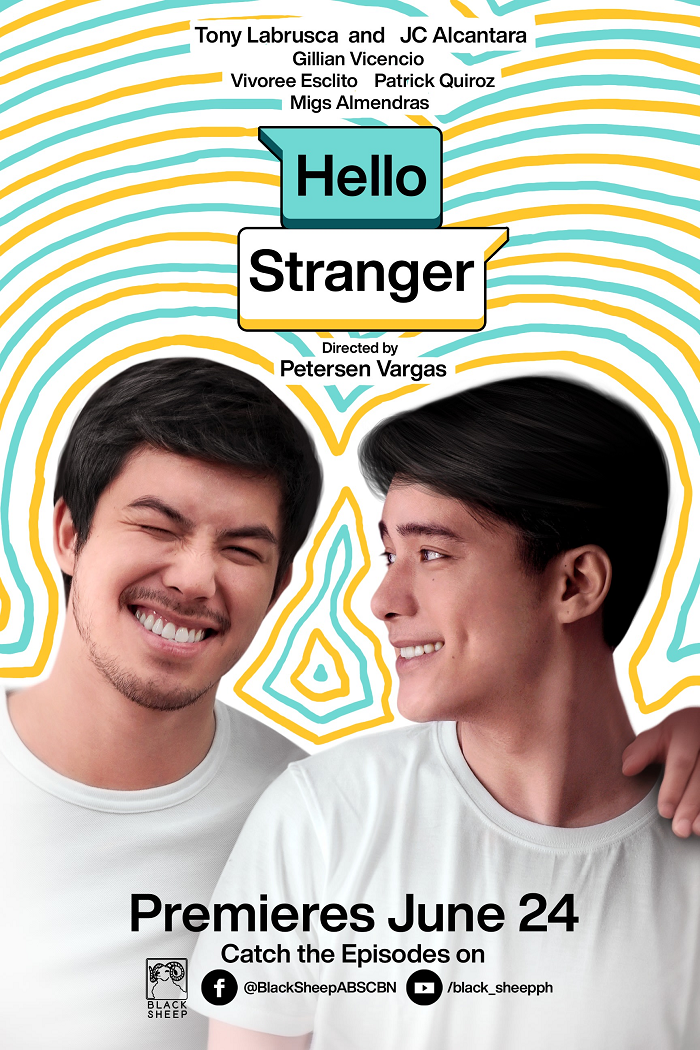 Understanding why this appeal persists, even after years since its introduction, may require its observer to look at how other existing formats and genre transcended social layers and cultural borders, like the way equal representation is important to people of color, and how the entertainment sector respond to its relevance.

In Boy Love dramas, homosexuality, along with its many forms, is naturally viewed as normal and is often never brought into the plot as a form of complication. Its stories, instead, tackle love between boys the same way heterosexual love is told, and celebrate its existence, and acknowledges that the happiness shared by two men in love, and the heartaches they also go through, are perfectly normal.

Like its Thai-counterparts, Pinoy BL’s have been increasingly adaptive to such effort to abandon any notion that denies the regularity of love between men. In most Pinoy BL series, the two lead male characters are often surrounded by completely supportive friends and family members, and treating homosexuality as an anomaly is never an option.

The genre has practically become a campaign to shed light in this form of romance, and that its possibility should never be viewed as unusual, in the first place. This is most likely the reason why Pinoy BL dramas possess this appeal to not just members of the LGBTQ+ community, but to everyone who understands what it feels to love and be loved, in general.

But with the surge of new titles lately － there are at least, five Filipino entries to the genre, in the last month alone－some audience are now increasingly overwhelmed over which titles to binge-watch. The following list may come convenient, should you decide to choose which series you should pay attention to right now.

ACTORS: Elijah Canlas, Kokoy de Santos
PRODUCER: IdeaFirst Company
PREMISE: About an online gamer and his fan whose constant matches allowed them to develop feelings for each other

WHY YOU SHOULD SEE IT: GAME BOYS is probably the first of its kind to shoot its first nine episodes entirely online, due to pandemic restrictions. The story is set with the covid-19 crisis as backdrop.

The show is one of two Pinoy BL series (the other, being Hello Stranger) whose interaction between leads are primarily carried out though the chat messages and video messaging online. Its massive popularity prompted its showrunners to adjust its planned 10-episode season to add three more episodes. Episodes are also free via IdeaFirst’s Youtube channel.

Indie stars, Canlas and de Santos, navigate roles that are far from the usual gritty ones they play in movies, with incredible ease. The amount of happiness and “kilig” their connection creates, should not stop you from binge-watching its first 10 episodes now, before the next three arrive starting on August 23.

WHY YOU SHOULD SEE IT: Given the restrictions imposed by the pandemic to film making, it’s amazing this series still managed to come up with something that has a semblance of a regular production. Crisp cinematography enforces a very relatable story of a blossoming romance between two total opposites. Support characters are equally interesting. Good looking actors may be enough, but the roles they play and how good they carry them, provide enough merit for this series to be followed. Its massive success ensued a follow-up movie for leads, JC Alcantara and Tony Labrusca. Find and watch all its 8 episodes on Black Sheep’s official YouTube Channel.

IN BETWEEN (Sa Pagitan ng Kamusta at Paalam)
ACTORS: Genesis Redido, Miguel Villasis
PRODUCER: USPHTV
PREMISE: Two childhood friends grow up secretly loving each other, fearing that that love will destroy their friendship.

WHY YOU SHOULD SEE IT: This series is unusual because it departs from the seemingly collective effort of the BL genre to normalize gay love. It takes the theme far more seriously than its contemporaries, and with gloom. That shouldn’t be viewed as an off attribute, and if anything, it actually becomes an advantage, as its depth sets it apart from the rest. Actors are good-looking, too, and its storyline is also rich, making it really interesting.

WHY YOU SHOULD SEE IT: Unlike most entries to the genre, #MyDay The Series has the production level of a regular series or movie. Its cast is populated by experienced actors, and its setting isn’t limited within only a few locations. It is also one of those few series whose episodes were shot before lock-down restrictions are enforced. Cute boys should easily sell this to BL lovers, but there may be more to fix our attention on.