Kapamilya Channel recently had a technical problem and was unavailable in some places in the Philippines. Kapamilya Channel is a cable channel owned and operated by ABS-CBN Corporation, a company under the Lopez Group. 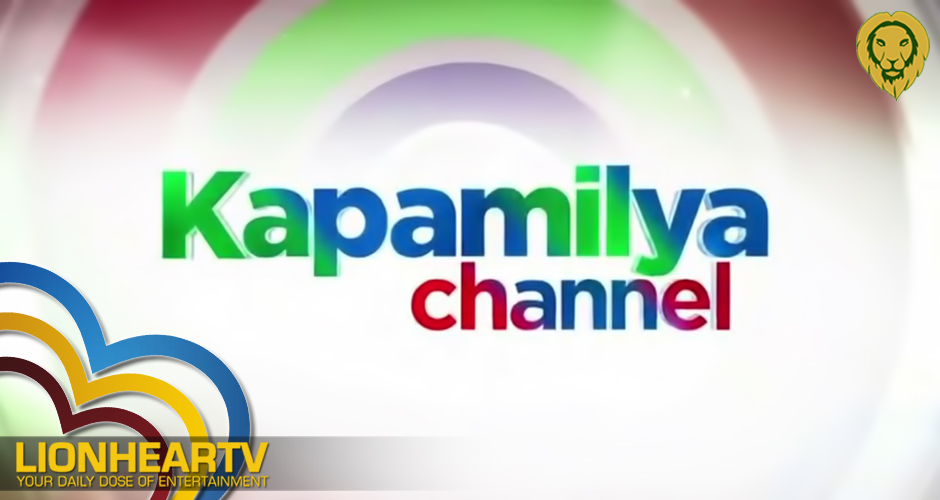 The network was set up as a replacement of the main terrestrial ABS-CBN network which ceased free-to-air broadcast operations as ordered by the National Telecommunications Commission (NTC) on May 5, 2020.

The people who availed of the channel were alarmed when the network was down and asked if other people were experiencing the same problems with the cable channel as well.

I think ABS-CBN channels in cable are down. No Kapamilya Channel, DZMM, ANC, Jeepney TV while others are perfectly working… what is happening!?

Cinema1, Kapamilya Channel, Jeepney TV and Teleradyo, all under ABS.

Di ko sure if cable namin ang may problema, but all these channels are not working right now. Other channels are okay.

The Kapamilya Channel was introduced on June 13 by ABS-CBN corporation while it was fighting for its franchise in congress at the time.

Now that the media giant was forced to shut down by the House committee, ABS-CBN viewers and supporters are only clinging to the cable channel to still be able to watch some of the shows that ABS-CBN offers.

Three new programs, Paano Kita Mapapasalamatan hosted by Judy Ann Santos, i hosted by Angel Locsin, and The World of a Married Couple the highest-rated drama in Korean cable television history made their debut in the Kapamilya Channel.

ABS-CBN has already released an official statement with regards to Kapamilya Channel’s technical problems. The network said that they are doing everything that they can to fix the problem as soon as possible. 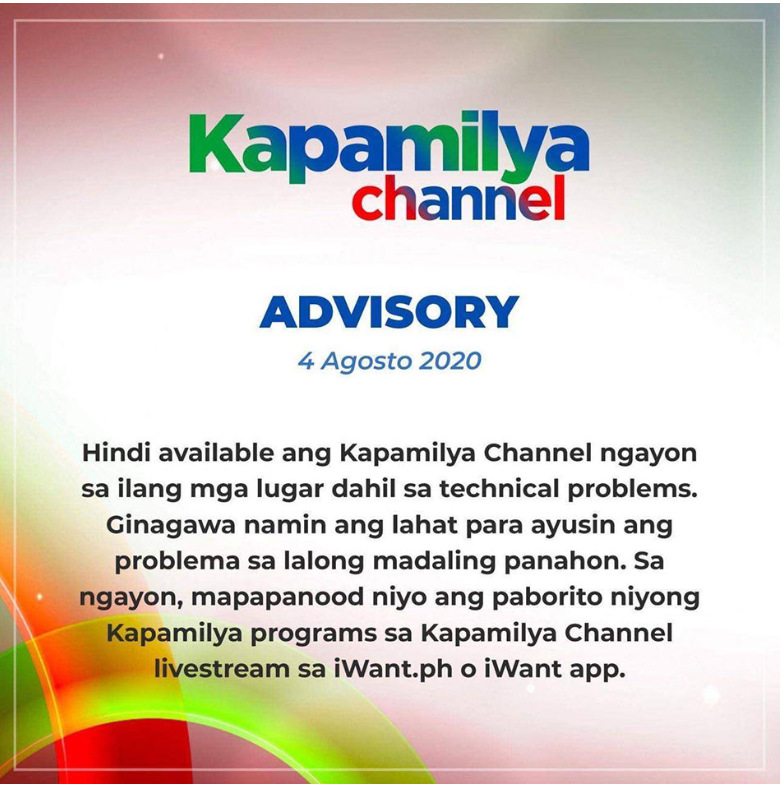 The network mentioned people could still watch their Kapamilya programs on the Kapamilya Channel live stream on iWant.ph or the iWant app.

With Kapamilya Channel being down, some people panicked and thought that Congress had launched another attack on ABS-CBN to shut down its cable channel and cable provider.

However, Rep. Lito Atienza warned the National Telecommunications Commission (NTC) not to cave in to the pressure by some lawmakers at the House of Representatives to shut down SKYcable, citing cable TV companies do not need to secure a legislative franchise to operate.

Atienza was reacting to Rep. Rodante Marcoleta’s revelation that NTC Commissioner Gamaliel Cordoba is seeking the advice of Solicitor General Jose Calida on a legal strategy to halt the operations of SKYcable.

Marcoleta earlier threatened to cite Cordoba with contempt for upholding Executive Order 205, which was signed by former Pres. Cory Aquino allowing cable operators to exist without the need to seek a legislative franchise but only permits and licenses from the NTC.

A nationwide group of cable TV operators has also voiced concern over the government’s moves questioning the legality of EO 205 in order to close SKYcable.

ABS-CBN announced on July 31, the launch of “Kapamilya Online Live,” an online entertainment channel that will be streamed for free on YouTube and Facebook. Both old and new ABS-CBN programs will be streamed on the new channel but will only be available in the Philippines.

Unlike iWant, ABS-CBN’s on-demand streaming platform, “Kapamilya Online Live” on Facebook features regular time timeslots for its programs, as well as breaks between time blocks. The day’s stream will be available for replay 24 hours after it was first aired live.

The new online channel comes as ABS-CBN shifts efforts to digital and cable platforms after they were denied a franchise that would allow them to air on free TV.

Kapamilya Channel also brought new offerings such as the Thai hit 2gether: The Series which premiered on July 27, 2020. Six other shows including Come To Me and upcoming series I’m Tee, Me Too are also expected to be aired as part of the acquired eight dramas.