In an ironic turn of events, Lt. General Antonio Parlade Jr. expressed his complaints about Cavite Gov. Jonvic Remulla’s statement chiding the general on his actions against celebrity women such as Angel Locsin, Liza Soberano, and Catriona Gray. 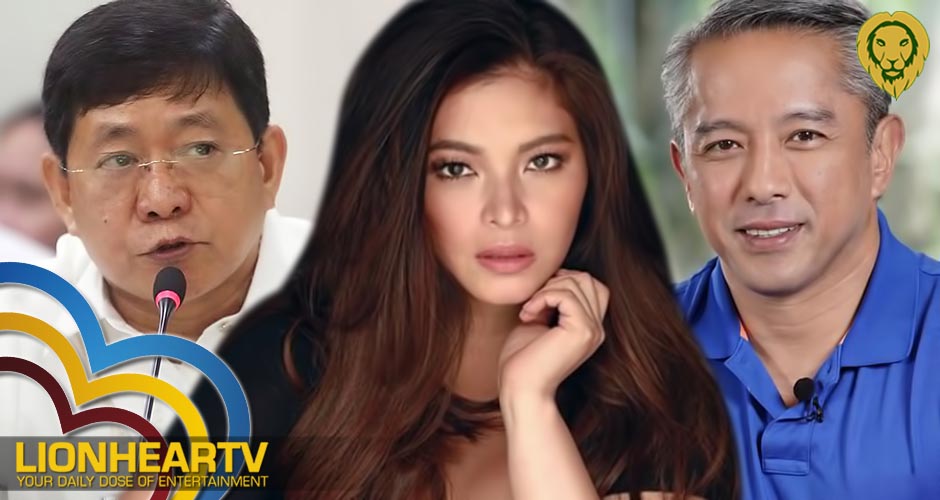 Additionally, Angel shared her reaction to his statement via Instagram, citing all of Parlade’s complaints and thanking Remulla for giving the general a taste of his own medicine.

“Thank you Gov. Remulla for giving him a dose of his own medicine,” Angel wrote.

Parlade: “It’s not right” “Why not call me and ask about those things” “Why accuse me?” “That’s not fair” “Sa facebook wall niya pa” “Tini-threaten niya ako” Me: o, badtrip diba?😄 apir Thank you Gov. Remulla for giving him a dose of his own medicine 👌🏻

Via Facebook post, Gov. Remulla released his statements concerning the rampant “red-tagging” of citizens and personalities. He also cited the Armed Forces of the Philippines labeling public officials as communist sympathizers for simply taking down propaganda banners.

Remulla also chided Parlade noting that he should be ashamed of himself for his actions against empowered women such as Locsin.

“Lieutenant General Antonio Parlade Jr. should be ashamed of himself.”
“Threatening progressive and outspoken WOMEN who want to encourage a stronger feminist culture?” Remulla wrote.

Earlier, Parlade received backlash after threatening Liza’s, and Catriona’s lives for supporting the women’s group Gabriela. He also accused Locsin of hiding her sister’s alleged ties with the Communist Party of the Philippines-New People’s Army. These incidents implicitly red-tagged the personalities on social media.

Additionally, netizens expressed their support for Remulla’s statement chiding Lt. Gen. Parlade’s actions and statements against empowered women. Most of the posts are citing the irony that Parlade is complaining when he himself did the same thing against Liza, Catriona, and Angel.

Parlade crying out, “it’s not right to accuse me”, following the warning and lecture of Cavite Gov Jonvic Remulla.
A jowly, pouty, jiggling lump of hysteria totally impervious to the irony of his whining.

It's funny how Antonio Parlade Jr. is now crying over being accused by Jonvic Remulla on Facebook when he accused Ella Colmenares of being a communist rebel in a Facebook post and he suddenly deleted it when Angel Locsin posted solid proof against his lies. Talk shit, get hit.

Because of his statements, Defense Secretary Delfin Lorenzana also chided Parlade for red-tagging personalities and empowered women with “no evidence”.