Metro.Style will finally reveal the leading Korean dramas that have inspired Pinoy viewers during the pandemic and have captured their hearts in the upcoming “Metro Best K-Drama Awards 2020 Special,” livestreaming on Wednesday (December 16) at 8pm. 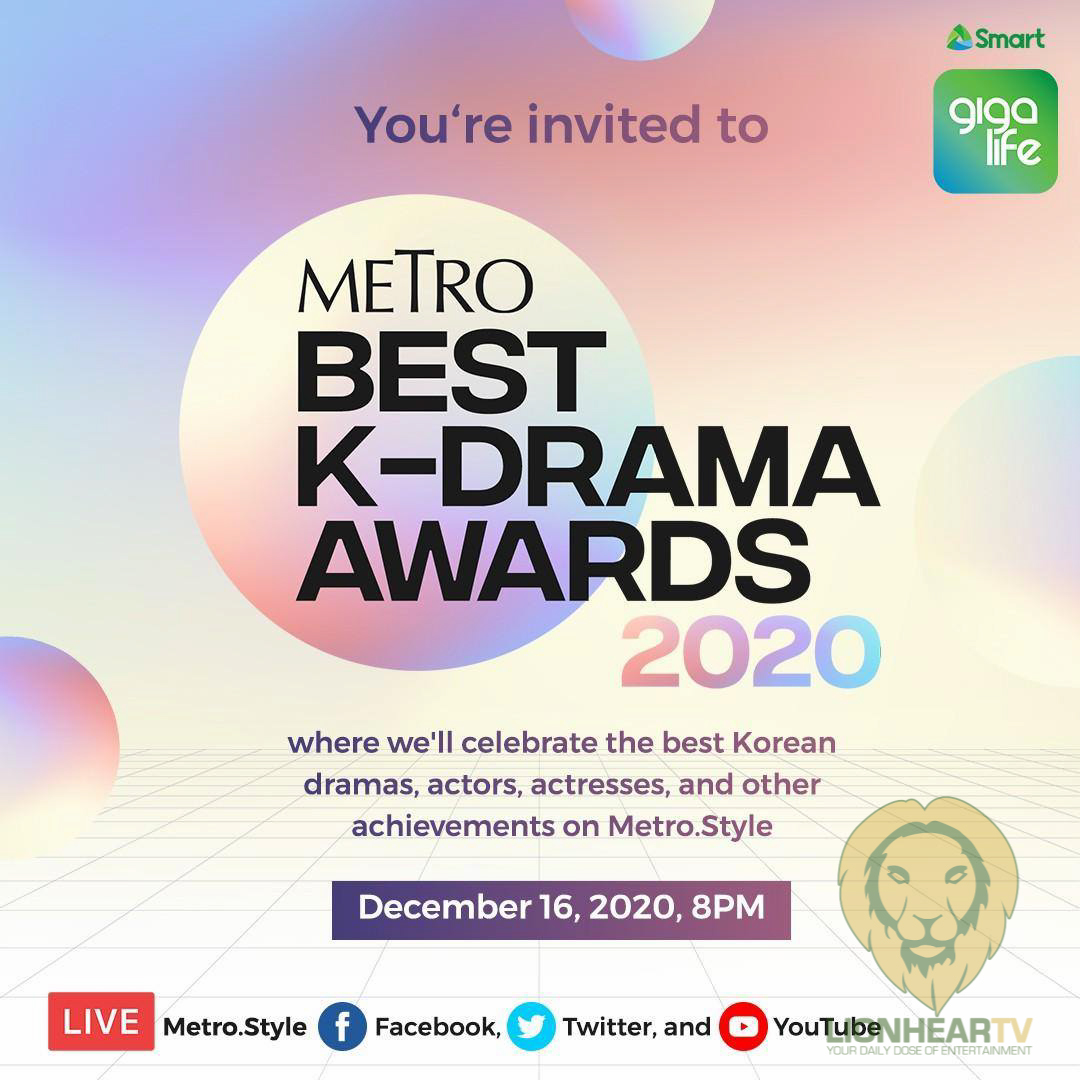 Fans of the top K-dramas “Crash Landing On You,” “It’s Okay To Not Be Okay,” “The King Eternal Monarch,” “Flower of Evil,” “The World of the Married,” “Itaewon Class,” and more will find out which among these series will emerge as big winners in this exciting digital awards event.

The awards will be presented by celebrities and K-Drama fans Janice de Belen and Richard Juan, along with the Metro Editors.

Metro.Style, the ultimate source for the best-curated and quality Hallyu content, features the latest updates on everything K-drama in its K Fever on Metro section. It also leads fun discussions in the Facebook community Metro K-Drama Club and in “Metro K-Drama Round Up” online show, also on Facebook, which is now on its second season.