Richard Reyes Faulkerson Jr, or Alden Richards, as he is more popularly known, has been in show business for a decade, but his career did not take off immediately. Now a certified movie star, the 29-year-old bachelor had to go through numerous rejections first, before earning himself small but memorable roles on television. 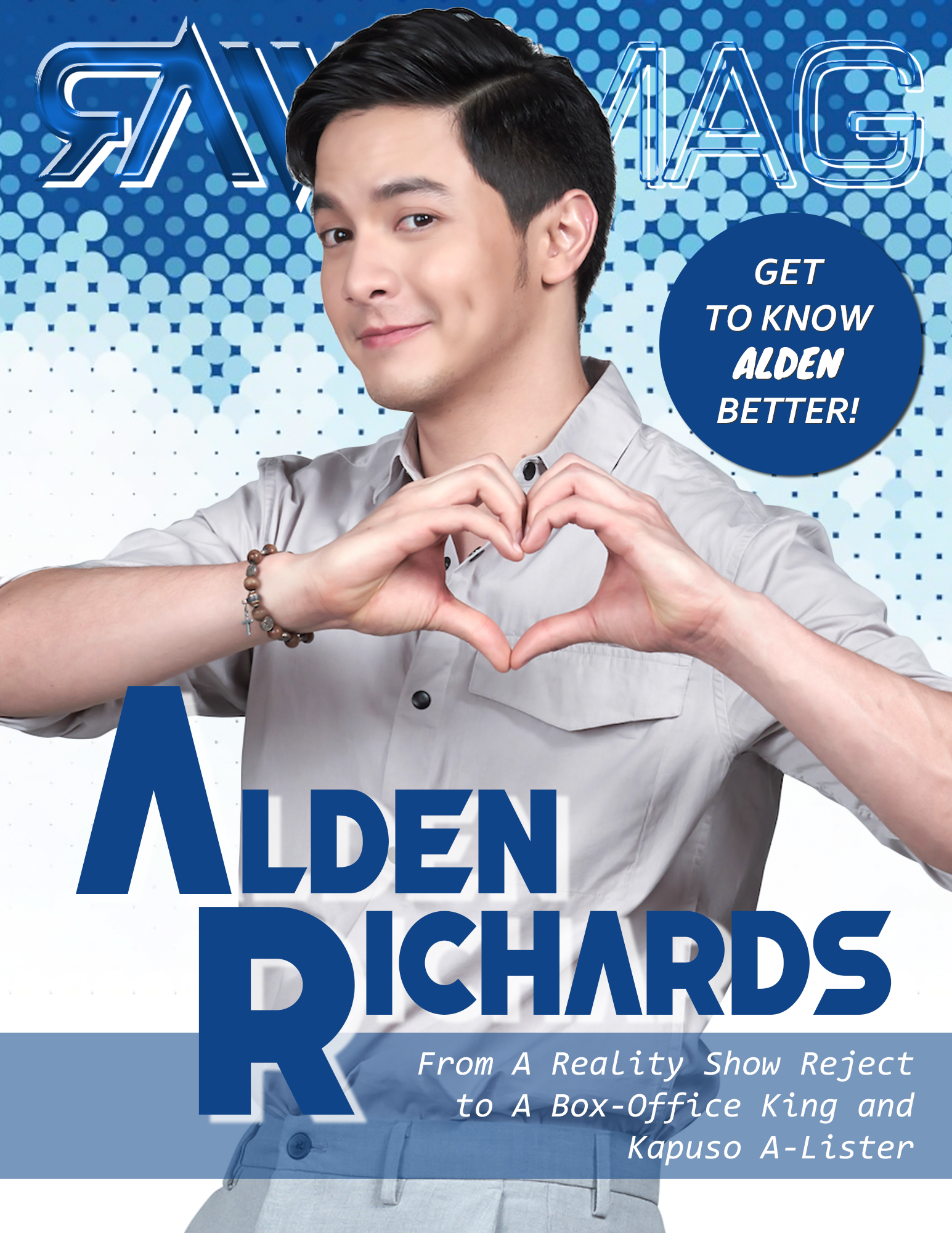 Started as a struggling newbie in 2010, the young gentlemen from Laguna had to survive a streak of supporting roles before landing in stints for major titles, before finally beginning to soar in showbusiness. His path to becoming a very important star is inarguably defined by surprising turns in both television and movies, with his popularity exploding via the phenomenal loveteam, AlDub, and the record-smashing gross of his film with Kapamilya movie queen, Kathryn Bernardo in 2019, Hello, Love, Goodbye

From a reality show reject to a Promising TV Star

Richards took his shot at reality searches in both GMA Network and ABS-CBN. He tried his luck both on Pinoy Big Brother: Teen Clash (where James Reid emerged as the winner) and Starstruck, both of which rejected him. He appeared on a number of tv commercials and had a short stint as a commercial model, before trying his luck again on an acting role—this time, for GMA Network’s afternoon drama, Alakdana, which he passed. The project marked his first on-screen partnership with then Kapuso actress, Louise de los Reyes.

Richards’ impressive tv debut opened more lead and supporting roles for him at the network, with more television projects knocking on his door, one by one, after Alakdana. His biggest break, however, came in 2015, when he paired up with new Kapuso star, Maine Mendoza, to form what would be the phenomenal love team, AlDub. Their partnership exploded and opened much bigger doors for both of them in the worlds of television, movies, and advertising. 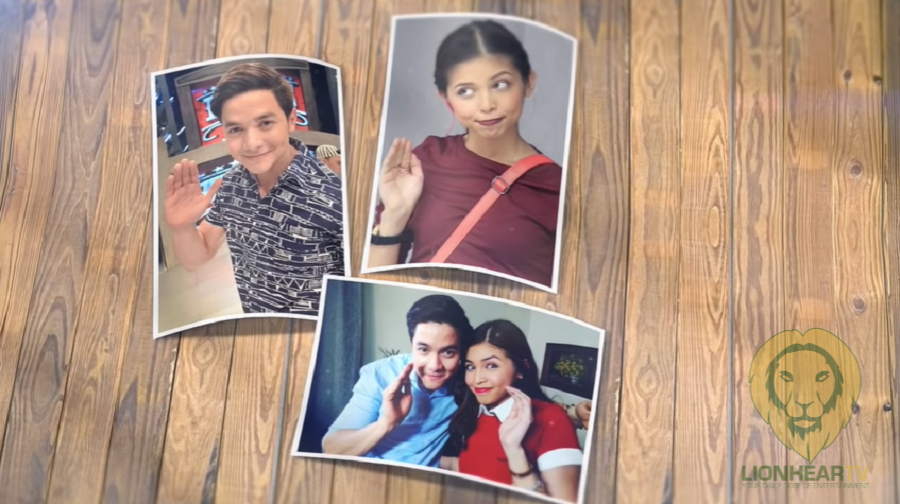 The Phenomenal Success of “AlDub”

Richards’ partnership with Mendoza was incidental, the same way the phenomenal popularity of that partnership undoubtedly was. There was no telling that AlDub was going to explode the way it did to international media’s surprise. Richards’ unintentional pairing with Mendoza delighted Eat Bulaga’s fans, which prompted APT Entertainment to keep their unexpected tandem, allowing the birth of the segment “KalyeSerye” where the two do role-playing, to their fans’ delight.

As AlDub’s popularity evidently went on to become a massive craze, APT Entertainment and GMA Network embarked on ventures intended to amplify the new love team’s blazing status. Alden signed a four-year movie contract with APT, while a recording contract was served by GMA Records (later on became GMA Music), fulfilling his movie and recording dreams.

The inordinate phenomenon AlDub brought on also catapulted Richards, alongside Mendoza, as top young brand ambassadors in the country, with dozens of brands tapping their services to become their endorsers. Before that year ended, Richards and Mendoza were already regular faces on television, made possible by their many tv commercials.

The partnership also sprouted movie projects, with two mainstream romcoms coming on the heels of AlDub’s phenomenal following. AlDub debuted in films via the MMFF entry My Bebe Love #KiligPaMore in 2015, while Imagine You and Me was released in 2016.

Acting Stints in Television Dramas, and Foray into Music

Richards was in a number of important tv shows, both pre and post-AlDub craze. Aside from Alakdana, his partnership with Louise de los Reyes landed him in lead roles for tv dramas, One True Love (2012) and Mundo Mo’y Akin (2013).

In 2014, he got paired up with Kapuso Primetime Queen, Marian Rivera, in Carmela, the same year he received critical acclaims for his stellar performance as Jose Rizal in the mini-series, Illustrado. In 2015, he played an important character in the epic primetime drama, Encantadia, which served as a reboot of the 2005 hit of the same name.

In 2018, Richards took on the role of the Norse God, Thor, in Victor Magtanggol, while in 2019, he played a blind clairvoyant in The Gift. His most recent tv drama is the mini-series, I Can See You, where he was paired with Kapuso actress, Jasmine Curtis-Smith. 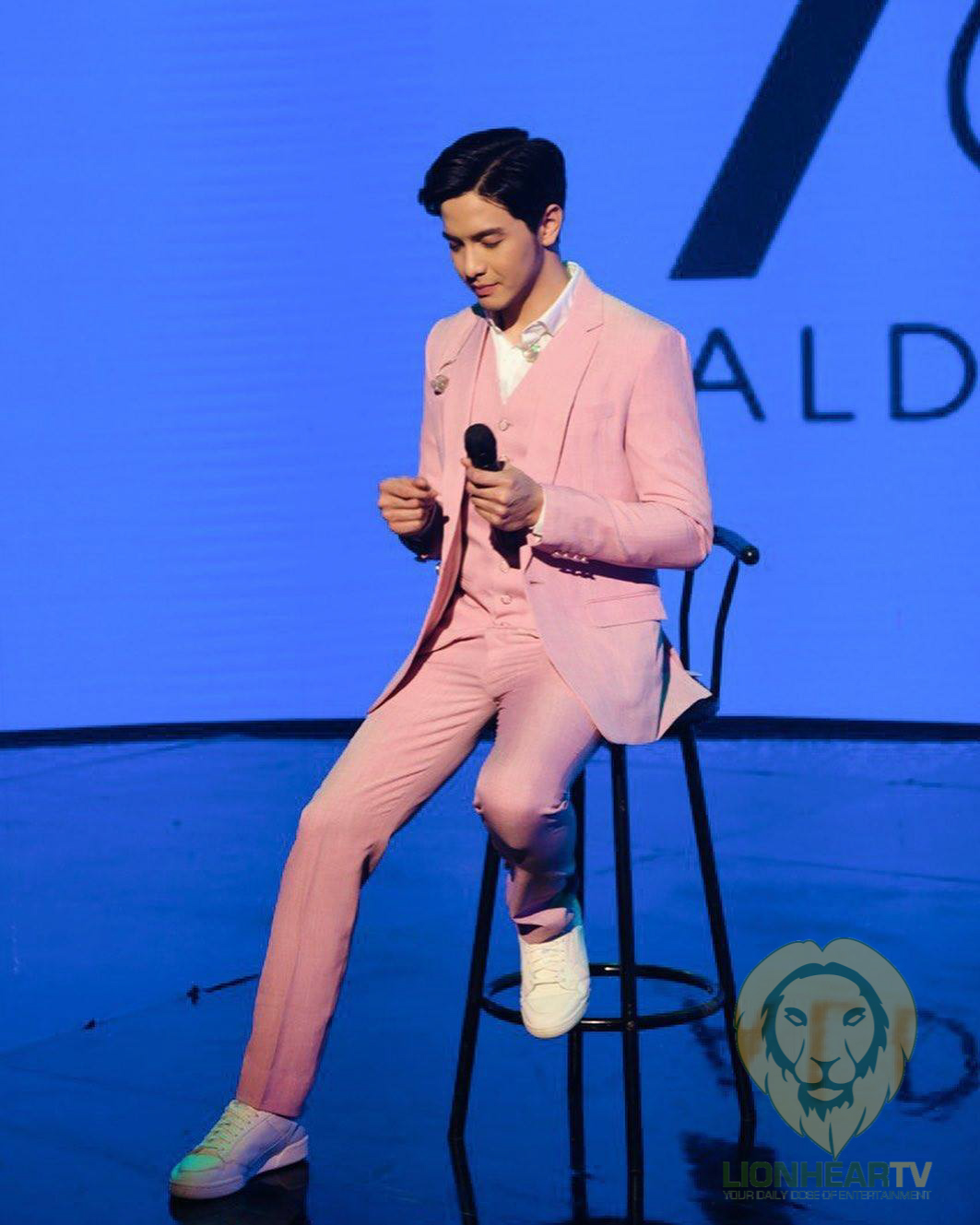 In music, Richards foray into the recording scene was made possible by deals with Universal Records and GMA Network’s record label, GMA Music. In 2013, Universal Records released his eponymous debut album, Alden Richards, achieving platinum status. In 2015, his Wish I May—released by GMA Music—became a massive success,  by selling more than 150,000 copies, achieving the rare Diamond certification. He released two more albums under GMA Music: Say It Again in 2016 and Until I See You Again. From these albums, he was able to produce a number of hit singles, the most popular of which include “Haplos” (2013), and “Wish I May” (2015).

In 2020, Richards ventured into virtual concert scene, via Alden’s Reality, which marked his 10th year in the local entertainment scene.

While Richards’ movies with Mendoza, grossed enough for him to be called a movie star, his partnership with one of ABS-CBN’s most bankable female stars, Kathryn Bernardo, has unprecedentedly catapulted his status to a phenomenal level. Earning the highest gross for any local film, Hello Love Goodbye’s record-breaking success allowed both Bernardo and Richards, to receive the highest box-office award given to any movie star that year. Their stellar performances as OFWs (Overseas Filipino Workers) finding love in each other, also earned them and the movie, a number of accolades. Richards, in an interview, admitted that the movie is so far, his most important break, to date.

Richards is widely regarded to become GMA Network’s most important star, as most of the network’s senior leading men like Dingdong Dantes and Dennis Trillo are poised to retire their status in the company.

With further collaborations with Kapamilya Stars, Richards is seen to continue his streak as a successful movie star. His movie with Kapamilya movie queen, Bea Alonzo, is currently in the works, and he is still set to return to Star Cinema for yet another titanic project.