With the win of Joe Biden over Donald Trump, the new US president has appointed a new spokesperson. 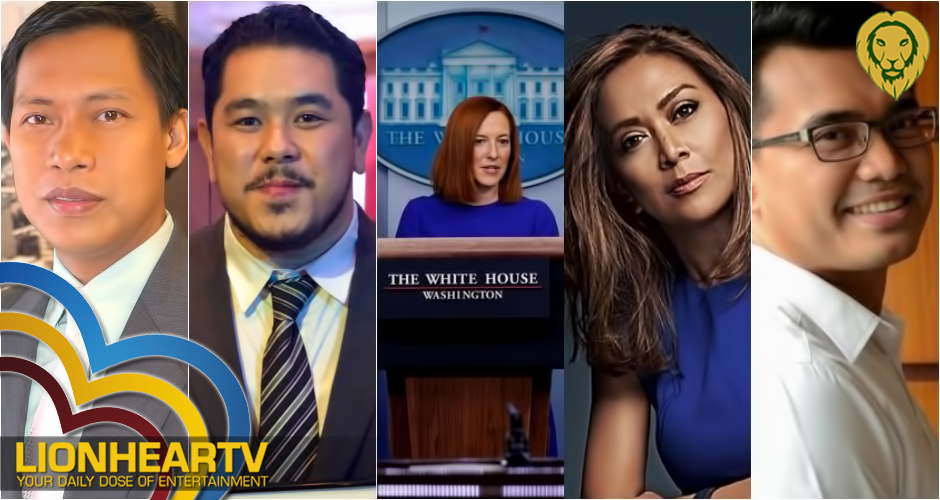 Over in the Philippines, the country’s journalists have applauded the public conduct of the newly-appointed spokesperson. Through videos comparing Psaki and her predecessor Sean Spicer, they gave their opinions on how a spokesperson should treat the press.

ABS-CBN journalist Mike Navallo suggested that instead of intimidation tactics, the PH government should consider using charm on the media.

Government officials should really consider using the charm offensive on the media. That just might work.

Being abrasive could only land you in memes, unless if that's really the goal.

This was after Presidential Spokesperson Harry Roque’s meltdown during CNN’s The Source where he tried to intimidate Pinky Webb who responded by flipping her hair.

GMA News journalist Raffy Tima threw some shade on how a spokesperson should act. According to the reporter, Jen Psaki was respectful to the press, had no outrageous claims and divisive tone.

It seems that he was referring, once again, to Spox Roque who was the opposite of Psaki.

The White House now has a normal press conference at the briefing room with the new @PressSec Jen Psaki, respectful to reporters, no outrageous claims, no divisive tone. pic.twitter.com/UyvD7HM5Z1

ABS-CBN broadcaster Karen Davila also shared the comparison of Spicer and Psaki stating that their differences as spokesperson should be a reminder on how a press secretary’s conduct should be—like Jennifer Psaki.

May this serve as a reminder to spokespersons everywhere. https://t.co/3K7Exppfw6

ABS-CBN’s Jeff Canoy also shared the video with a caption: “Night and day”. In said video, the behavior of Spicer was very un-spokesperson-like while that of Psaki was the proper attitude of a press secretary when dealing with the media.

Pres. Duterte’s spokesperson has been known to be disrespectful towards the media. Last Wednesday, January 20, Harry Roque had another tantrum. This was when CNN’s broadcaster Pinky Webb reiterated the question of UP professor Danilo Arao. The professor was taking a swipe at government officials who were from UP by asking where is their dignity and honor. The spokesperson insisted that Webb was being unfair. However, Webb took it as if nothing, flipping her hair.

And last year, Roque attacked another CNN journalist when he wrongly accused Triciah Terada for an article which she did not write regarding the supposedly incorrect use of the term “mass testing”. Although he was proven wrong after the news organization released their statement clearing Terada’s name, Roque did not apologize for his public misconduct.

Similar with Sean Spicer who was very unprofessional when talking to the press, Roque is also the same—they do not have a good relationship with the media.