Korean Pop group SHINee performed their song Don’t Call Me on M Countdown. Eagle-eyed Filipino KPop fans noticed that the backdrop for their performance had easter eggs pointing to the Philippines. 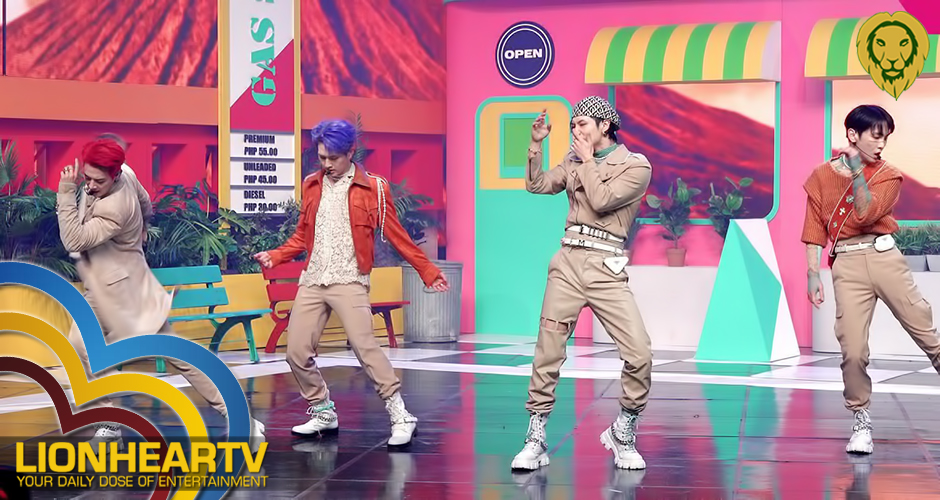 Philip Jamilla pointed out the gas prices on the backdrop used on SHINee’s performance highlight the Philippines currency through the use of “PHP.”

Are those like…. the Philippines’ overpriced oil prices in the back pic.twitter.com/P2TE9CIGhm

After that, other netizens have started retweeting the backdrop highlighting the Philippines’ representation in a South Korean program.

SHINee be loving the Philippines I guess. https://t.co/V67r83zqOW

Netizens have also pointed out that the LED screen features the changing scenes of Mayon Volcano during the performance.

Is that Mt Mayon? https://t.co/pTyZJLAzrb

mayon in the background?!?? https://t.co/KK6iiauMPJ

One netizen noted SHINee’s efforts in making a political statement.

you've just reached the political and economic side of kpop. https://t.co/49MD1jOpic

As a result, some netizens wonder if someone from the set design team was from the Philippines.

SHINee is a South Korean boy group founded by SM Entertainment in 2008. Their musical impact earned them numerous accolades and the title “Princes of K-pop.” The group had five members Onew, Key, Minho, Taemin, and Jong-hyun. However, Jonghyun passed away in December of 2017.